AC Milan’s pursuit of their first Serie A title since 2010/11 continues this weekend as they welcome bottom-half Empoli to the Stadio San Siro.

Milan’s heroic 1-0 win away to fellow Scudetto rivals Napoli last time out did not only end their run of back-to-back Serie A draws, but it also catapulted them back to the league summit. Now unbeaten in their last six Serie A matches on the trot (W3, D3), ‘I Rossoneri’ will feel confident of improving their disappointing league record against sides starting the day in the bottom half of the table. Milan have only won two of their last six such fixtures (D3, L1), including scoring draws against Salernitana and Udinese in the most recent two. But Stefano Pioli’s men thrashed Empoli 3-0 in this exact match-up last season after failing to shut them out in five consecutive Serie A H2Hs at San Siro beforehand. Following a 4-2 victory in the reverse fixture earlier in the season, Milan could beat Empoli in three successive league H2Hs for the first time since 2006.

Empoli’s poor run of form could make the home side’s task a lot easier, with the visitors going unbeaten in their last 11 Serie A outings (D6, L5), accruing fewer points than any other side in the competition in that period. It gets worse for ‘Gli Azzurri’ as they’ve failed to get on the scoresheet in each of their last three Serie A away matches (D2, L1) after scoring in eight consecutive league travels prior to this run. Yet, a ten-point lead on 18th-placed Venezia gives Empoli enough breathing room as they aim to build on their decent five-game form at San Siro in Serie A (W2, D1, L2). Conceding first may not necessarily end those hopes, with Empoli avoiding defeat in 43% of their Serie A away fixtures when shipping the opener this term. 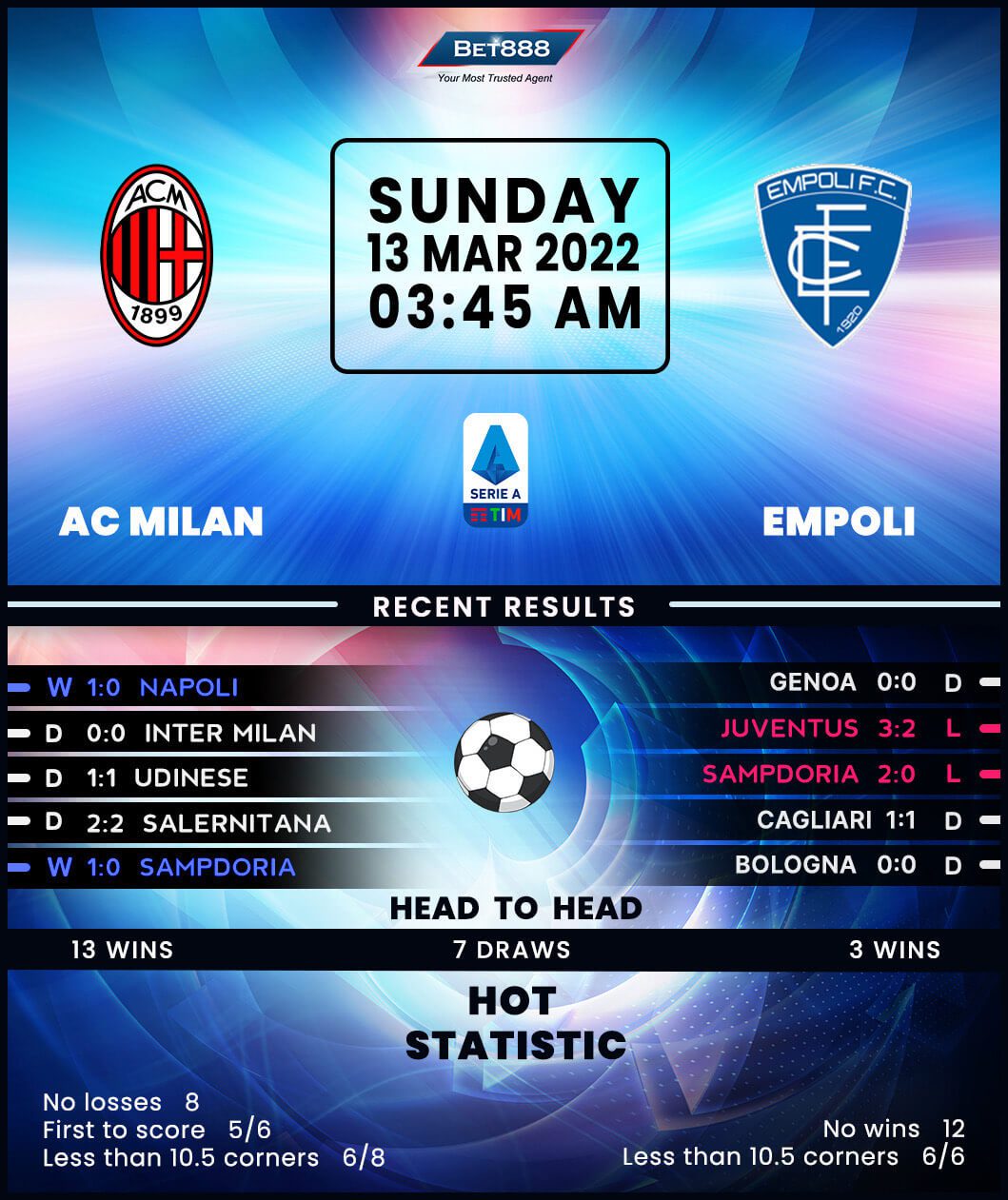