AC Milan will be looking to return to winning ways in Serie A home fixtures when they meet out-of-sorts Genoa at the Stadio San Siro this weekend.

Since succumbing to a 1-0 home reverse to Napoli on Matchday 27, ‘I Rossoneri’ have put together three Serie A matches without losing (W2, D1) despite failing to keep a clean sheet on each occasion. However, Milan are winless in their last four home league games, alternating between draw (2) and defeat (2) on each occasion. Although they lost this exact fixture by two goals to one back in 2019/20, the Lombardian giants had gone unbeaten in four consecutive top-flight H2Hs as hosts beforehand (W3, D1). Stefano Pioli’s men have struggled defensively this season, especially at home, as 60% of their total Serie A goals conceded thus far arrived at the San Siro (21/35). Furthermore, the hosts have returned the division fifth-low eight home points since the calendar flipped to 2021 (W2, D2, L4).

Meanwhile, Genoa head into this meeting on the back of two consecutive Serie A games without a win (D1, L1), having won just once in their last nine league outings (D5, L3). Additionally, ‘Il Grifone’ have lost their last three top-flight trips to the current top-seven sides by an aggregate score of 7-1, conceding the opener within 25 minutes of play on each occasion. Slow-starting Genoa have conceded first in a league fifth-high 17 Serie A matches this season, going on to avoid defeat in only 29.41% of such contests (W2, D3, L12). Away goals have been at a premium for ‘I Rossoblu’ this season, with no side netting fewer league goals on the road than Genoa (11) so far. Particularly ponderous in the opening 45 minutes, Davide Ballardini’s men have registered a league joint-low four first-half goals scored away from home this term. 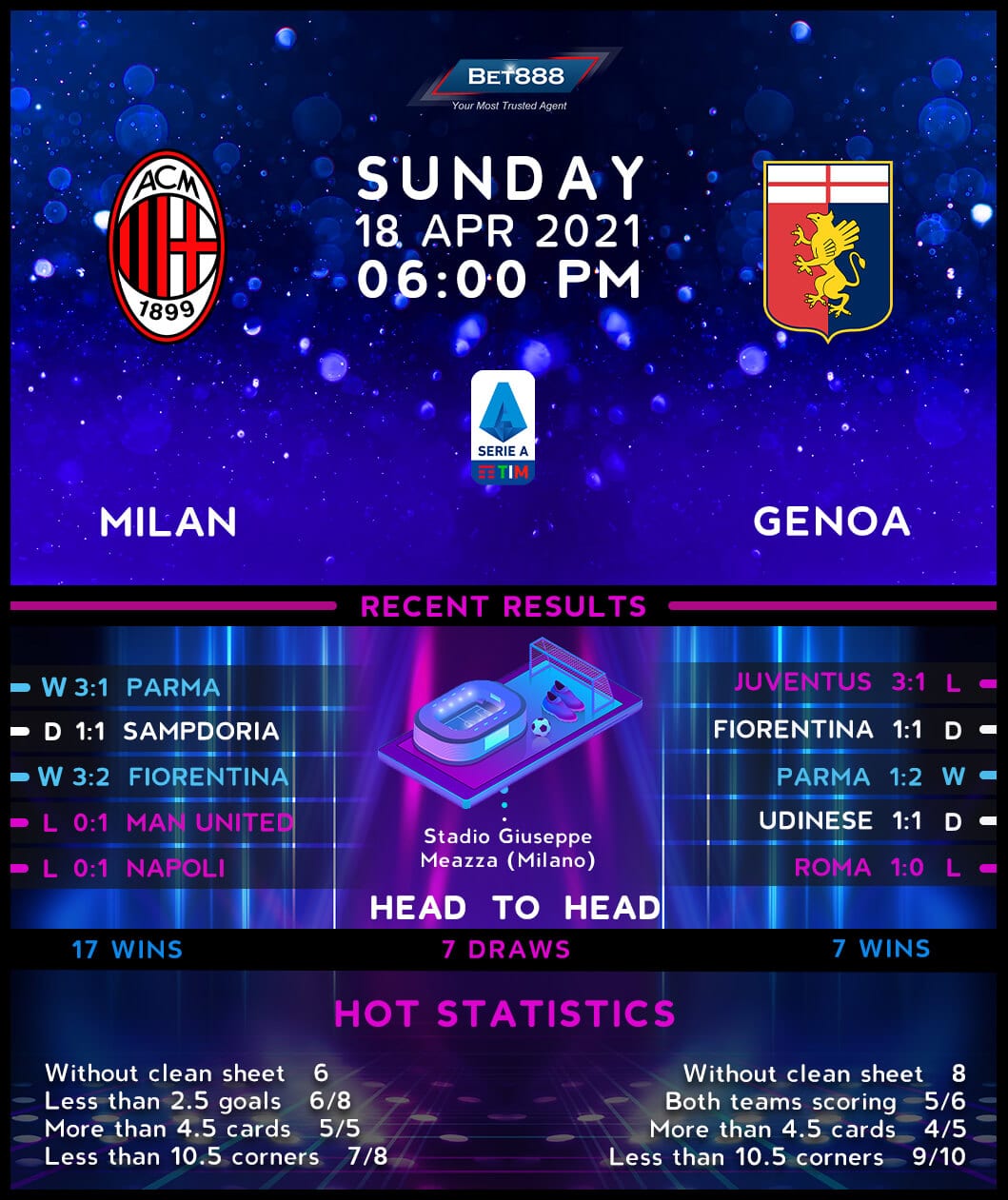