Stadio San Siro is the venue as AC Milan and Lazio go head-to-head in a tasty-looking Coppa Italia quarter-finals tie.

Fresh from a mammoth, come-from-behind 2-1 win over Inter Milan in the weekend’s Derby della Madonnina, AC Milan will be looking to maintain momentum against a Lazio side they defeated 2-0 in Serie A earlier this season. However, ‘I Rossoneri’ have delivered a mixed bag of performances at home lately, racking up just one victory in their last four competitive games at the San Siro (W1, D2, L1 – 90 mins only). Stefano Pioli’s team overcame Genoa in the previous Coppa Italia round via 3-1 extra-time triumph to set up their first meeting with Lazio in the competition since April 2019. But Milan have encountered no luck in their last two Coppa Italia clashes against this opposition, drawing a blank on each occasion (D1, L1).

Meanwhile, Lazio head into this fixture in high spirits after thrashing Fiorentina 3-0 at the weekend, recording their fourth consecutive clean sheet across all competitions in the process (W2, D2 – 90 mins only). Curiously, since back-to-back 2-2 draws with Atalanta and Marseille back in October/November, none of Lazio’s last eight competitive away games have ended level (W5, L3). As many as six of those eight matches yielding a full-time margin of 2+ goals, highlighting the potential for an action-packed showdown at the San Siro. Coming into this clash, ‘I Biancocelesti’ have strung together back-to-back 3-0 wins on hostile turf. They could now make it three successive away victories from the first time under current boss Maurizio Sarri. But to do that, the visitors will have to defy their two-game losing streak against Milan in Lombardy. 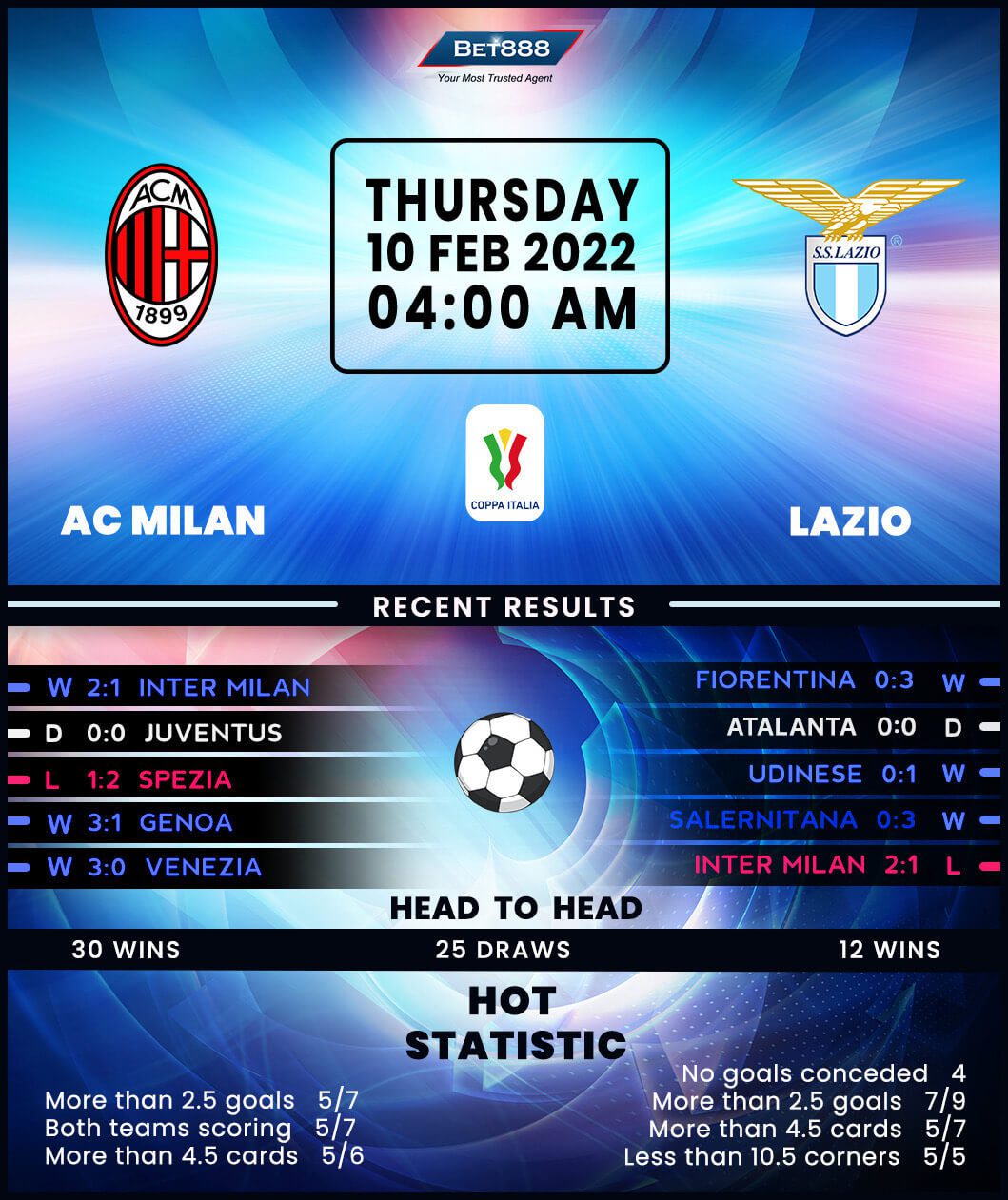