Defending champions AC Milan enjoyed a stellar pre-season (W4, L1), netting 17 goals across five warm-up fixtures despite lacking several first-team regulars for most of the summer. The arrivals of Yacine Adli and Charles De Ketelaere should bolster Stefano Pioli’s squad following the departure of long-serving stars Alessio Romagnoli and Franck Kessie. Udinese’s visit to San Siro on the opening weekend looks like a prime opportunity for ‘I Rossoneri’ to launch their title defence on a high as they’ve only lost one of their last 15 Serie A H2Hs at home (W8, D6). But Milan’s mixed seasonal openings spell trouble, with the seven-time European champions picking up five wins from their ten previous Serie A curtain-raisers while losing the remaining five. Yet, Pioli’s men are unbeaten in their last eight home league outings (W5, D3), turning San Siro into a fortress.

On the other hand, Udinese made a strange choice over the summer as they parted company with interim boss Gabriele Cioffi despite finishing 12th under his tutelage last season. New manager Andrea Sottil’s first task will be to interrupt Udinese’s underwhelming ten-match H2H league streak against Milan (W1, D4, L5). However, the visitors’ habit of starting a new top-flight season on the back foot has seen them register just one victory in their opening Serie A matches across the last six seasons (D2, L3). On the bright side, ‘I Friulani’ capped off the 2021/22 campaign with an eye-catching run of five unbeaten away league matches (W3, D2). Moreover, they scored 2+ goals in four of those five games, suggesting they are no longer strictly focused on defending on the road. 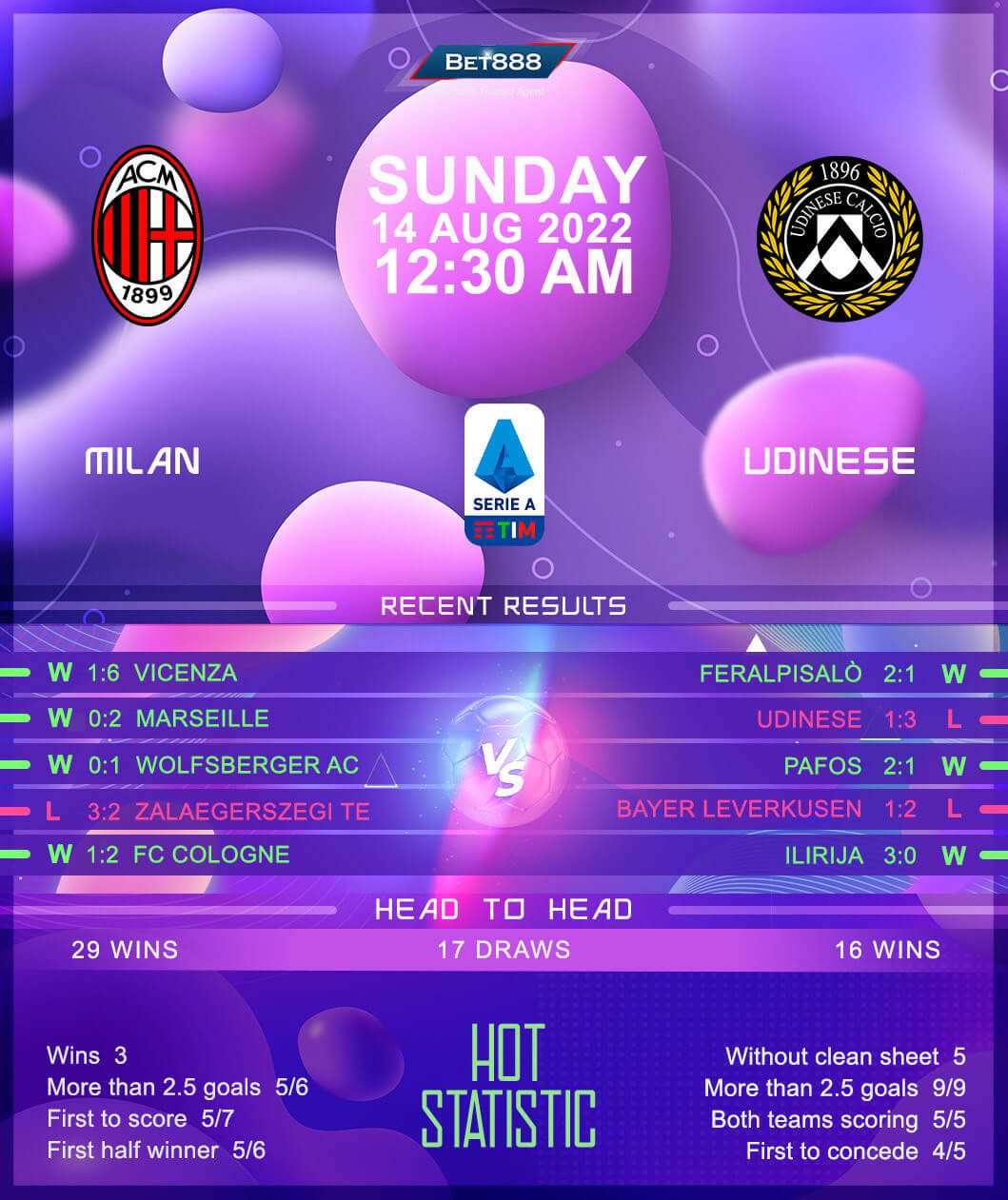