Adelaide United and Sydney FC go head-to-head at Coopers Stadium in the penultimate round of the regular A-League season.

Adelaide have alternated between winning (2) and losing (2) across their last four A-League outings since being held to a goalless home draw to Wellington Phoenix in early May. While both of their victories in that stretch came by the identical 1-0 scoreline, each defeat saw Adelaide concede precisely two second-half goals. Heading into this fixture, the hosts haven’t lost any of their last eight home league matches (W5, D3) since suffering a 2-1 loss to Perth Glory at the beginning of February. Defensively robust, Carl Veart’s men have kept a clean sheet in four of their previous six home A-League games, including the last three in a row, all of which featured under 1.5 FT goals. Against this low-scoring backdrop, four of the last five top-flight H2Hs held here have seen both teams score.

Meanwhile, the visitors have enjoyed an upturn in form ahead of this trip, going from back-to-back league games without winning (D1, L1) to three victories on the bounce, all of which saw them register a shutout. Indeed, the ‘clean-sheet’ theme has been of the essence for Sydney’s away success this season, with three of their four A-League triumphs on the road coming ‘to nil.’ Having that said, the ‘Sky Blues’ have failed to preserve a blank sheet in three of their last four away league matches, conceding an average of 2.00 goals across such fixtures. Sydney’s attacking set-up usually sparks into life after the half-time break, as witnessed by the fact that 83.33% of their away A-League goals scored so far arrived in the second half of play (15/18). 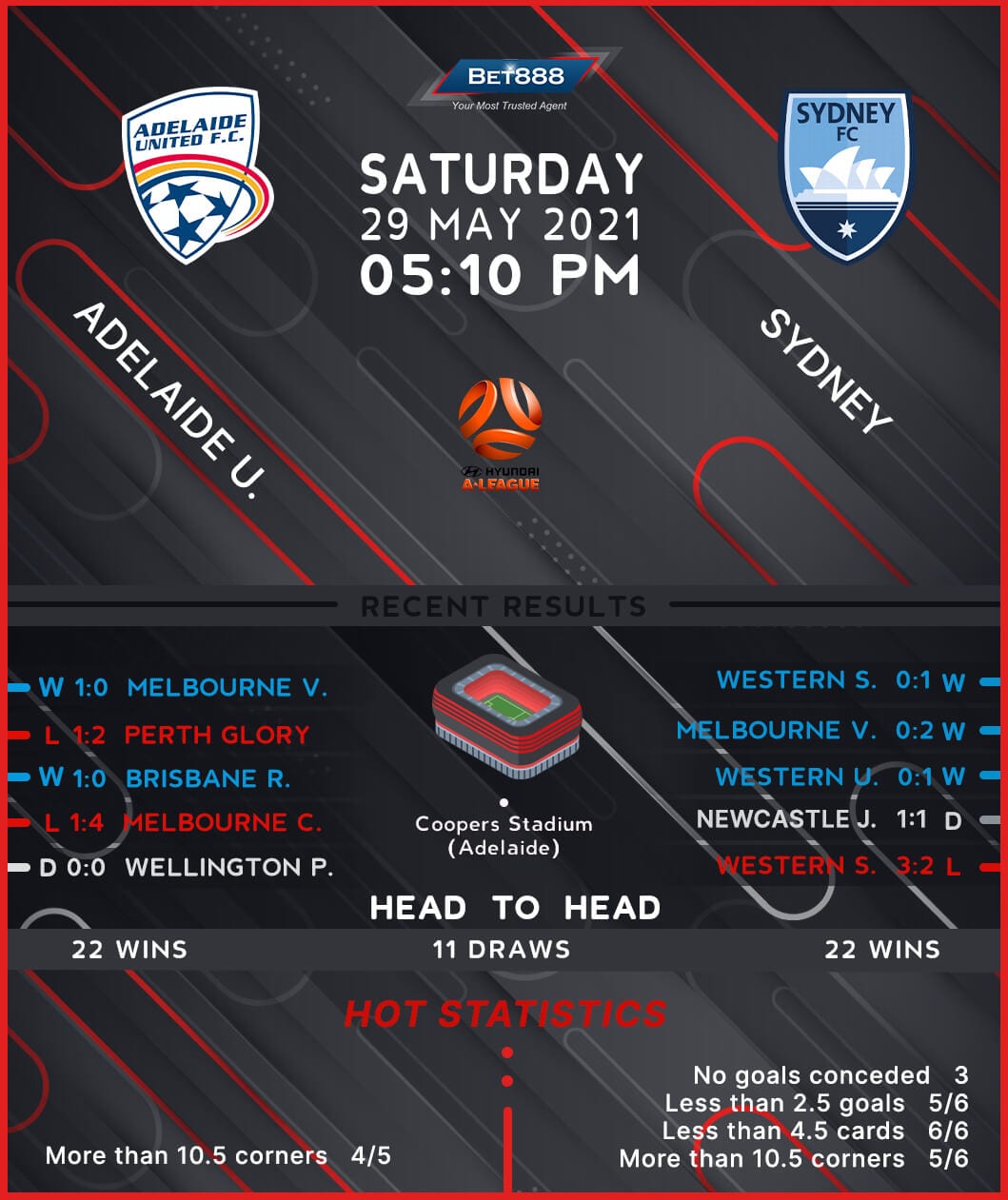