A 2-2 first-leg draw in Portugal means Ajax and Benfica have all to play for at the Johan Cruijff Arena in the return leg of their Champions League last-16 tie.

Ajax coasted through to the Champions League knock-outs as Group E winners with six wins out of six and an eye-catching +15 goal difference. Although a first-leg draw in Portugal curtailed their 100% win ratio across this Champions League season, the ‘Lancers’ have netted a competition second-high 22 goals so far, with only Bayern Munich (30) netting more. However, starting with the abovementioned draw in Lisbon, Erik ten Hag’s men have now conceded precisely twice in four of their last five competitive outings (W3, D1, L1). Ajax’s porous defence remains a concern, but a run of four consecutive home triumphs against Portuguese visitors, including a 4-2 thumping of Sporting CP on Matchday 6, sounds promising. Yet, their overall European record in two-legged ties against Portuguese opponents remains perfectly balanced (W3, L3).

In addition to ousting Ajax’s bitter domestic rivals PSV back in the Champions League play-off round, Benfica left Barcelona in their wake en route to setting up this last-16 tie. Benfica’s goalless draw in Eindhoven in the second leg of their victorious play-off tie against PSV made it six unbeaten matches across their last seven UEFA-sanctioned visits to the Netherlands (W1, D5). Home and away, the ‘Eagles’ have suffered just a single defeat in their last 16 European fixtures against Dutch clubs (W8, D7), courtesy of a 1-0 loss at Ajax in the 2018/19 Champions League group phase. Furthermore, Benfica have been victorious in 70% of their two-legged ties against Dutch sides (W7, L3), winning each of the last five on the trot. Nelson Verissimo’s men are unbeaten in all four competitive away matches in 2022 (W3, D1) despite failing to keep a clean sheet in three of them. 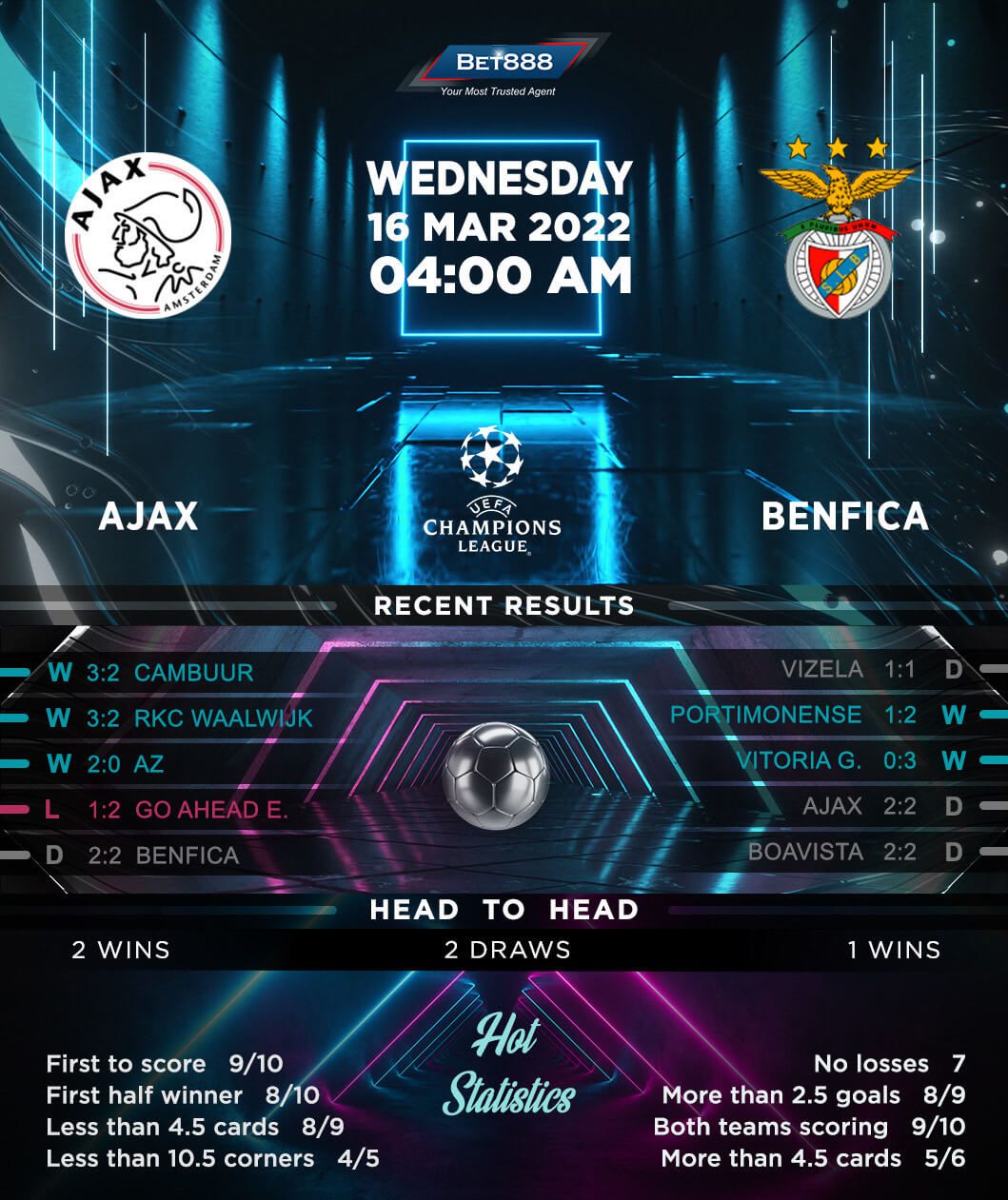