Sportpark De Toekomst is the venue as Ajax and Volendam go head-to-head in an all-Eredivisie mid-season friendly encounter.

With a large chunk of Ajax’s first-team stars currently battling it out for World Cup glory in Qatar, it was no surprise they comfortably lost their first mid-season friendly to Blackburn Rovers 2-0. Alfred Schreuder’s men continue to struggle defensively, as they have now conceded at least two goals in each of their last four outings, all of which they either drew or lost (D2, L2). Regardless, this should be an eye-catching contest for neutrals, considering eight of Ajax’s 11 matches spanning back to early October have featured over 3.5 goals and both teams on the scoresheet. But after bowing out of the Champions League group stages and falling three points behind Feyenoord in the Eredivisie, the ‘Lancers’ will be out to build some momentum ahead of the club-football resumption.

On the other hand, if this was a competitive meeting, Volendam would’ve been massive outsiders, especially considering they’ve entered the World Cup break nailed to the bottom of the Eredivisie table with just six points from 14 matches (W1, D3, L10). Indeed, the Qatar showpiece has given head coach Wim Jonk enough time to rally his troops following a woeful run of four successive league defeats during which they conceded a whopping 11 goals and scored just two in return. Playing Ajax during the mid-season break doesn’t bode well for Volendam’s bid to gather momentum, given that they’ve lost all four previous H2Hs despite getting on the scoresheet on each occasion. 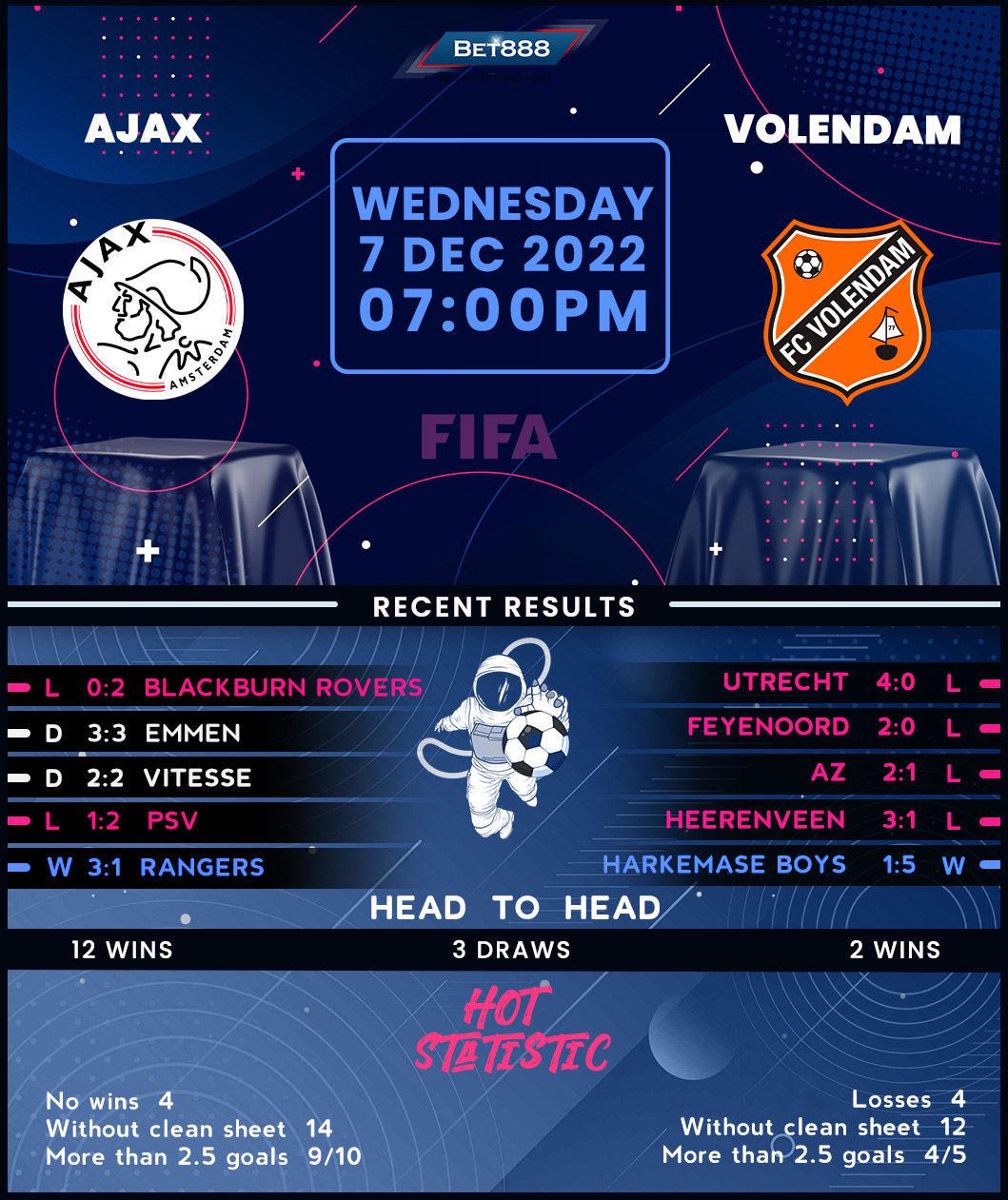