High-flying Albirex Niigata will be looking to stay on the upwards trajectory when they face an out-of-sorts Singapore Premier League rivals Geylang International at the Jurong East Stadium.

It’s been an electrifying start to the season for Albirex Niigata thus far, as they head into proceedings having lost just one of their opening nine league matches (W4, D4, L1). After an underwhelming run of four consecutive scoring draws in the Singapore Premier League, the ‘White Swans’ have won their last two league fixtures by an identical 2-1 scoreline, leading at half-time in both victories. Another flying start will be needed if they are to close a substantial nine-point deficit on table-topping Lion City, as they’ve gone winless in both league matches in which they were trailing at the interval this season (D1, L1). That could be a problem, given that five of Niigata’s seven home league goals scored so far have come in the second half.

On the other hand, Geylang’s uneventful scoreless home draw with Houngang last time out has helped them arrest an abysmal three-game losing streak in the Singapore Premier League. However, the visitors have endured the worst start to the season of all teams in Singapore’s top-flight, having picked up just one win from their opening nine league games (D3, L5). Moreover, the ‘Eagles’ have suffered three defeats in their four away league matches this term (D1), conceding an alarming average of 2.25 goals per game. Another long evening could be on the cards for Geylang, as they’ve lost their last 12 league visits to Albirex Niigata, failing to get on the scoresheet in 11 of them. 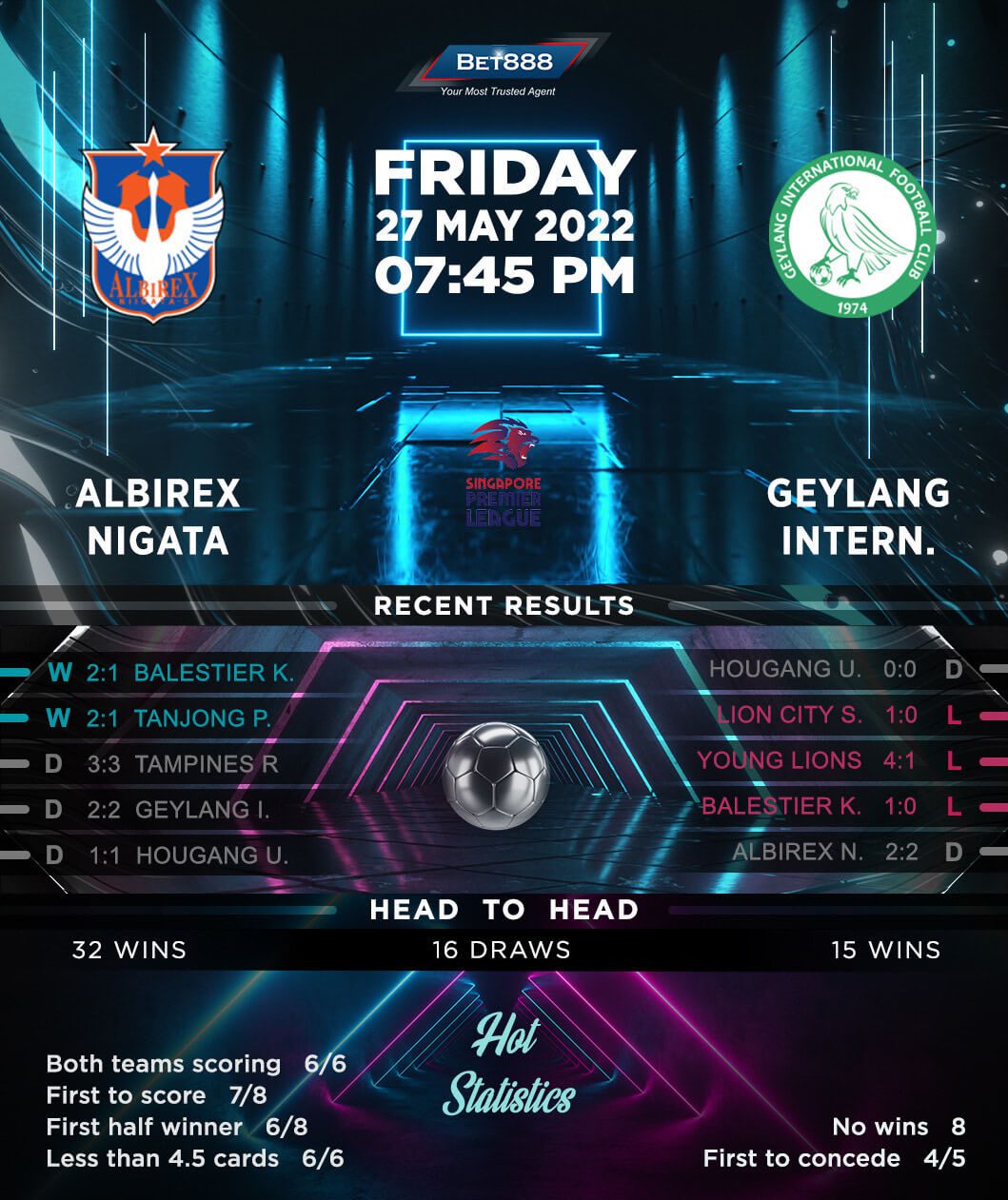