Argentina’s 2022 World Cup journey has already reached a ‘make or break’ point as they take on Mexico in a must-win second-round clash at the Lusail Iconic Stadium.

Argentina headed into the Qatar showpiece on a jaw-dropping 36-match unbeaten run in international football as one of the hottest candidates to lift the Jules Rimet trophy this winter. But although Lionel Messi’s goal at the fourth World Cup handed ‘La Albiceleste‘ a 1-0 halftime lead over Asian minnows Saudi Arabia, Lionel Scaloni’s team found themselves on the wrong side of a 2-1 scoreline at full-time. With their tournament life already on the line, the reigning Copa America holders are desperate to build on their stellar 10-game unbeaten streak against Mexico in all competitions (W7, D3). On top of that, the Argentines have won all three previous World Cup H2Hs against the North American powerhouse – despite conceding in each – including a 3-1 thumping in the 2010 edition in South Africa.

With Mexico’s last competitive triumph over Argentina dating back to the 2004 Copa America, the nominal visitors will have to overcome a substantial psychological barrier to get off the mark in Qatar. Veteran goalkeeper Guillermo Ochoa came up massive to thwart Robert Lewandowski’s penalty during Mexico’s tepid scoreless draw with Poland on matchday one. That ominously marked the record-time Gold Cup winners’ third successive scoring blank at the World Cup, putting them at risk of going winless in the two opening rounds of a World Cup campaign for the first time since 1978. Still, after keeping a first-half clean sheet in their last six, ‘El Tri’ will relish their chances of holding Argentina’s ominously-looking frontline at bay. 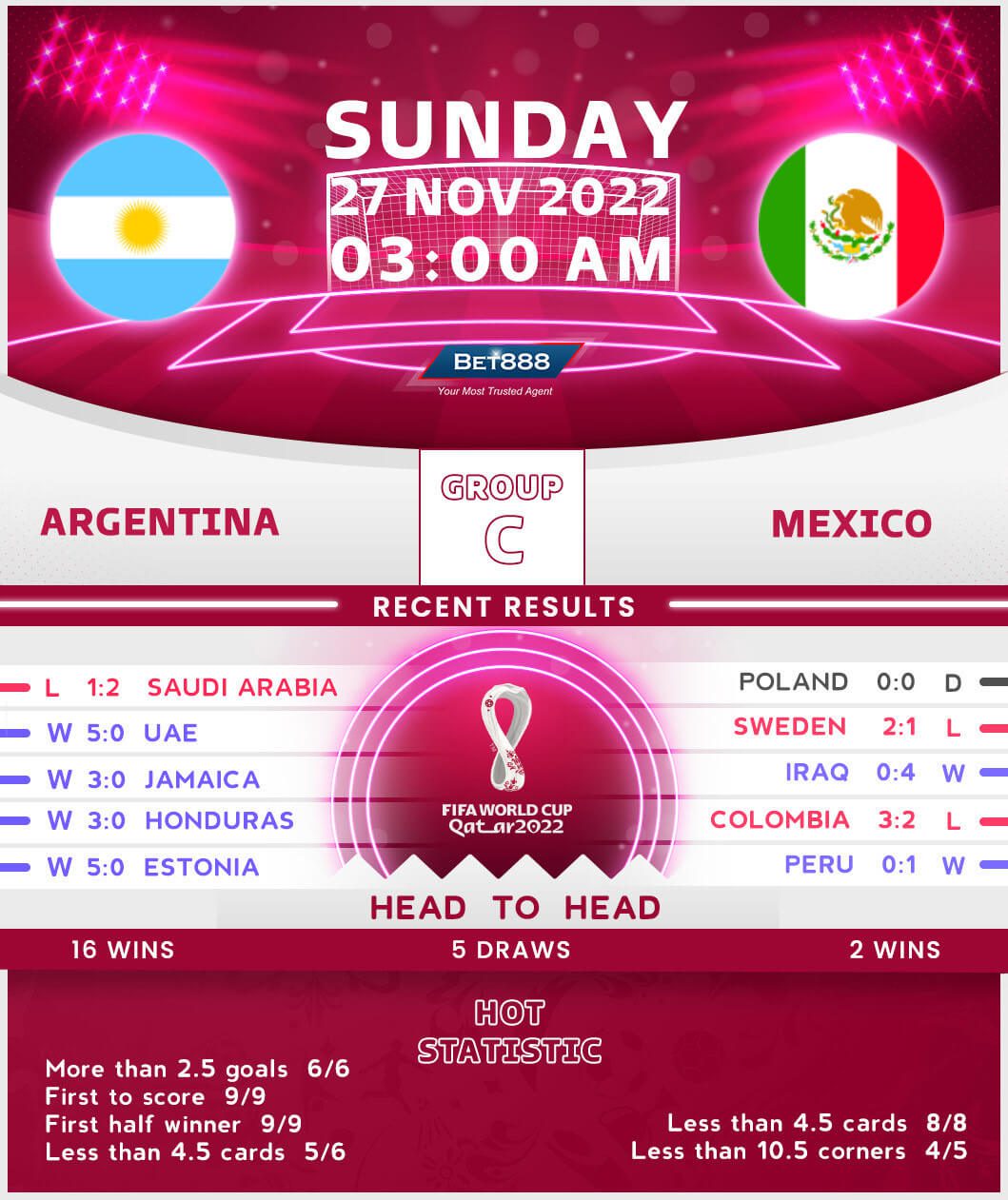