Argentina and Uruguay are set to trade tackles at the Estadio Antonio Vespucio Liberti in a handsomely-looking World Cup qualifying encounter.

Unbeaten across their nine South American World Cup qualifying matches (W5, D4), Argentina will be looking to stretch their four-game unbeaten run in competitive H2Hs (W3, D1), during which they kept Uruguay at bay on each occasion. Notably, this will be the 198th showdown between these two nations, which stands for the most played international fixture on the planet. Despite being held to a dismal scoreless away draw to Paraguay last time out, the Argentineans are hot favorites to prevail here, having won all five World Cup qualifying H2Hs at home in the 21st century. Additionally, Lionel Scaloni’s men boast an intimidating 23-match undefeated streak against all opponents and have lost just one of their last 12 home World Cup qualifying fixtures since the start of November 2015 (W6, D5, L1).

On the other hand, despite welcoming star duo Edinson Cavani and Luis Suarez back to the national team, Uruguay played out a goalless home draw with Colombia last time out. However, the Uruguayans are now unbeaten in six consecutive World Cup qualifiers on the trot (W2, D4), keeping four clean sheets in that spread of matches. Sitting a mere two points clear of fifth-placed Colombia, ‘La Celeste’ will be desperate to avoid defeat here and retain the last automatic qualification spot for Qatar 2022. But after drawing a blank in their previous two World Cup qualifying visits to Argentina (L2), Uruguay’s underdog status in this clash is understandable. What’s more, they have lost all but one of their last six away World Cup qualifiers against the nations starting this matchday in the top four (D1, L5). 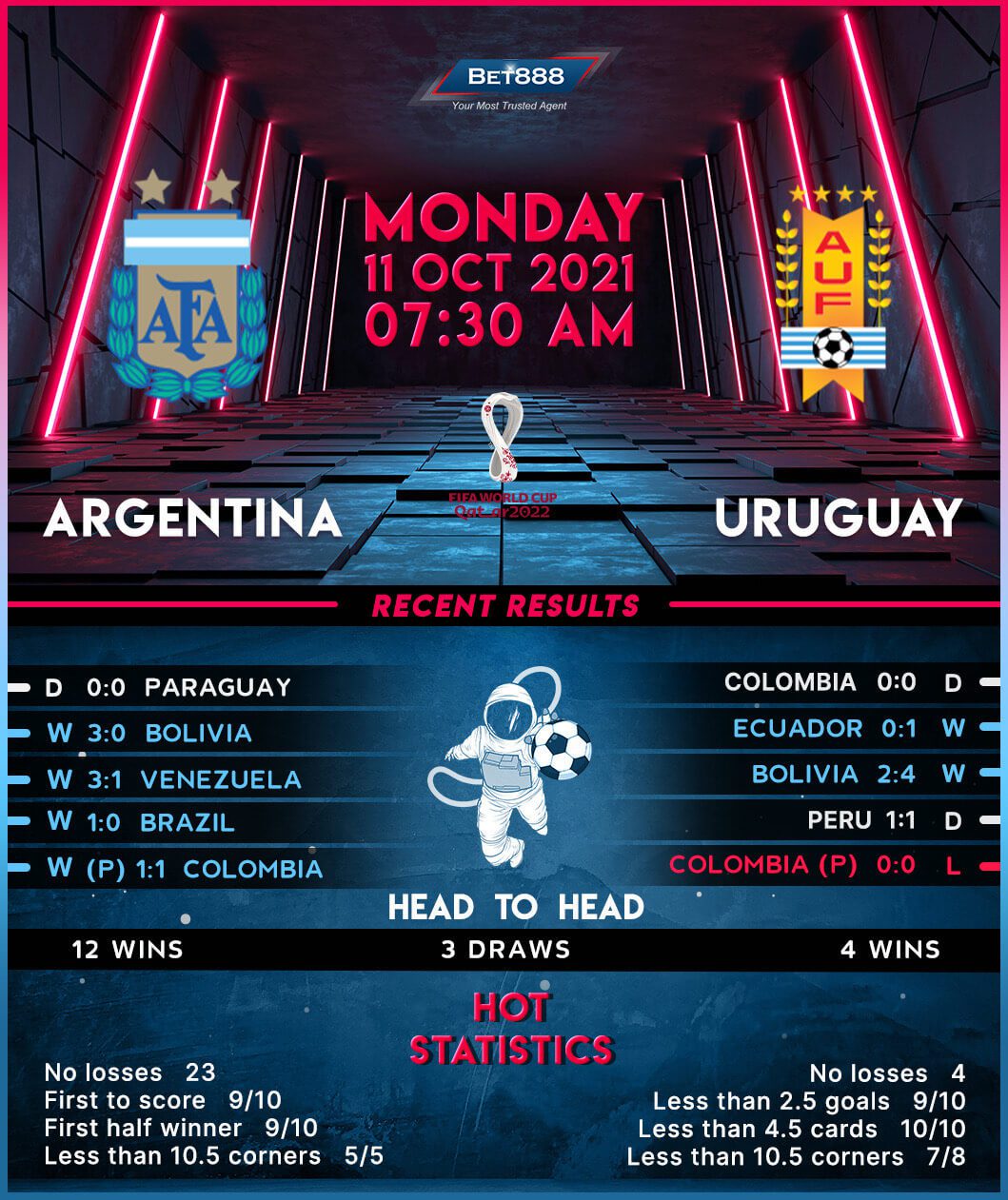