Having already sealed their 13th successive appearance at the World Cup finals, Argentina have no intention of taking their foot off the gas, with a piece of history open for grabs. Indeed, the Argentines are in good shape to become the first-ever South American nation to go unbeaten throughout the entire World Cup qualifying campaign under the new 18-game format. Lionel Scaloni’s men have picked up ten victories from their 15 2022 World Cup qualifiers so far (D5), conceding second-low seven goals in the process. Topically, ‘La Albiceleste’ have kept a clean sheet in their last five World Cup qualifiers on home turf. Additionally, a 1-0 win over Colombia last time out took Argentina’s unbeaten run across all competitions to a staggering 29 matches, only eight shy of Italy’s all-time high of 37.

As for Venezuela, a disastrous 4-1 defeat away to Uruguay back in February cancelled out their home victory over fellow continental minnows Bolivia. After failing to secure their maiden World Cup finals appearance, the Venezuelans will hope to at least avoid finishing bottom of the South American qualifying section for the second cycle on the trot. However, ‘La Vinotinto’ have suffered all eight defeats in 2022 World Cup away qualifiers by an embarrassing 18-3 aggregate score. Venezuela’s defensive woes could prove detrimental to their hopes of upsetting Argentina, as they’ve conceded a worrying average of 1.88 goals in the ongoing qualifying cycle. Moreover, they’ve let in 2+ goals in three of their last four World Cup away qualifiers. Jose Pekerman’s men have failed to impress at the other end of the pitch either, netting a competition-low 14 goals to date. 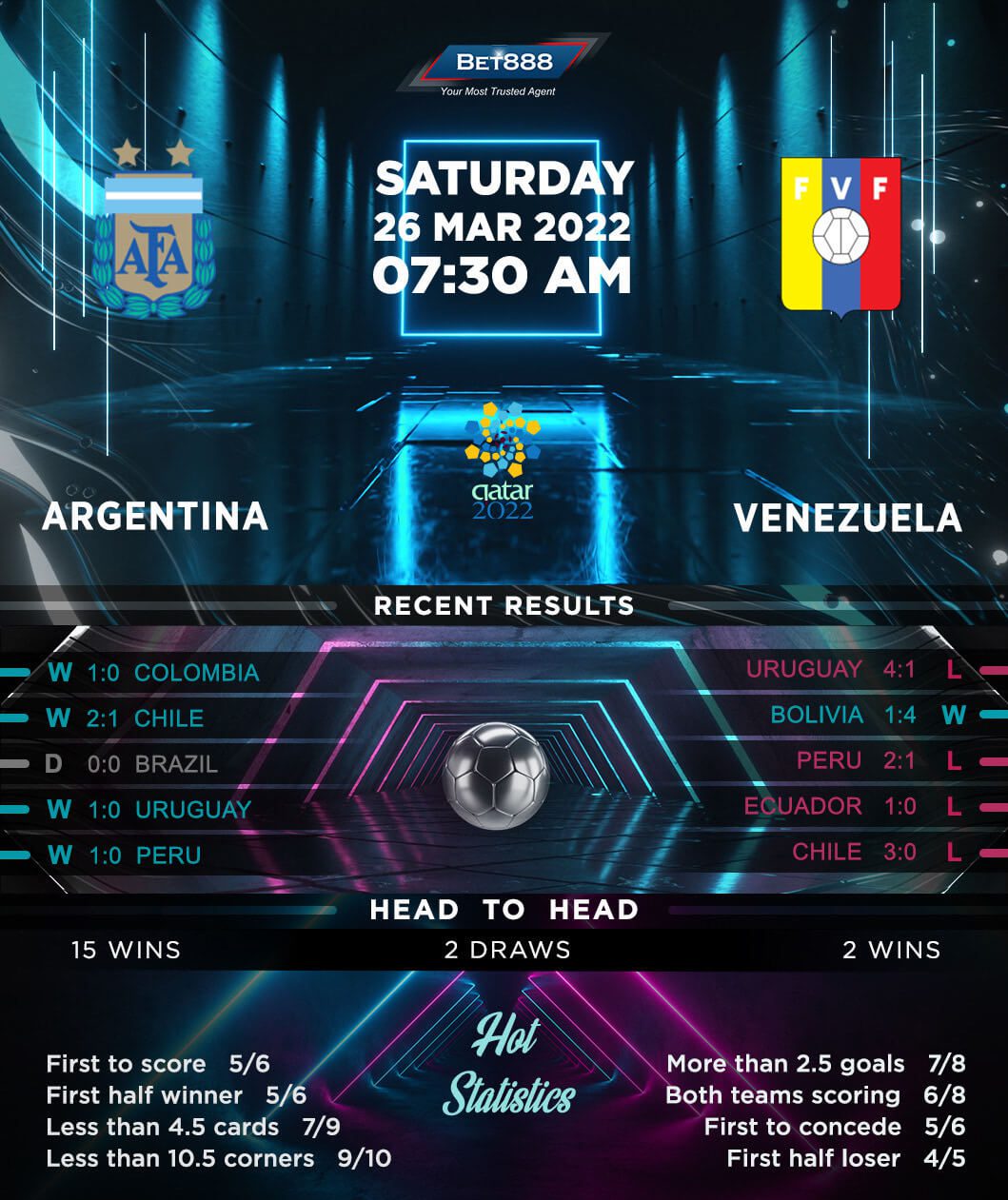