Bayern Munich will be looking to extend their jaw-dropping 76-game scoring streak in the Bundesliga when they take on relegation-threatened Arminia Bielefeld at Schuco Arena.

Relegation from Germany’s top-flight starts to loom after an embarrassing 4-0 defeat away to Wolfsburg last time out extended Arminia Bielefeld’s winless Bundesliga streak to six games (D1, L5). Bayern’s visit to Schuco Arena could spell more trouble for Bielefeld’s survival hopes, as they’ve only picked up a single point across their last eight top-flight H2Hs (D1, L7). Scoring has been a genuine problem for ‘Die Arminen’ this season, with their underwhelming record of 23 goals remaining the Bundesliga-low tally. Indeed, Frank Kramer’s men have netted under 1.5 goals in their four previous home league matches, drawing a blank at half-time in the last three on the bounce. They can at least find some comfort knowing they restricted their opponents to one goal or fewer in each of those three games.

On the other hand, Bayern Munich will be desperate to redeem themselves to the fans following a heartbreaking Champions League quarter-final exit to Villarreal. A tenth Bundesliga title in a row would be a fitting redemption gift, and after winning their last three league matches, the ‘Bavarians’ are on course to deliver. With second-placed Borussia Dortmund six points adrift, another triumph is a must, yet Bayern’s topsy-turvy away form could be an issue. Julian Nagelsmann’s men have alternated between winning (3) and not winning (2) across their last five Bundesliga outings outside the Allianz Arena. But a high-scoring theme has highlighted that five-game sequence, as three of those fixtures saw both teams scoring in matches featuring 5+ total goals. 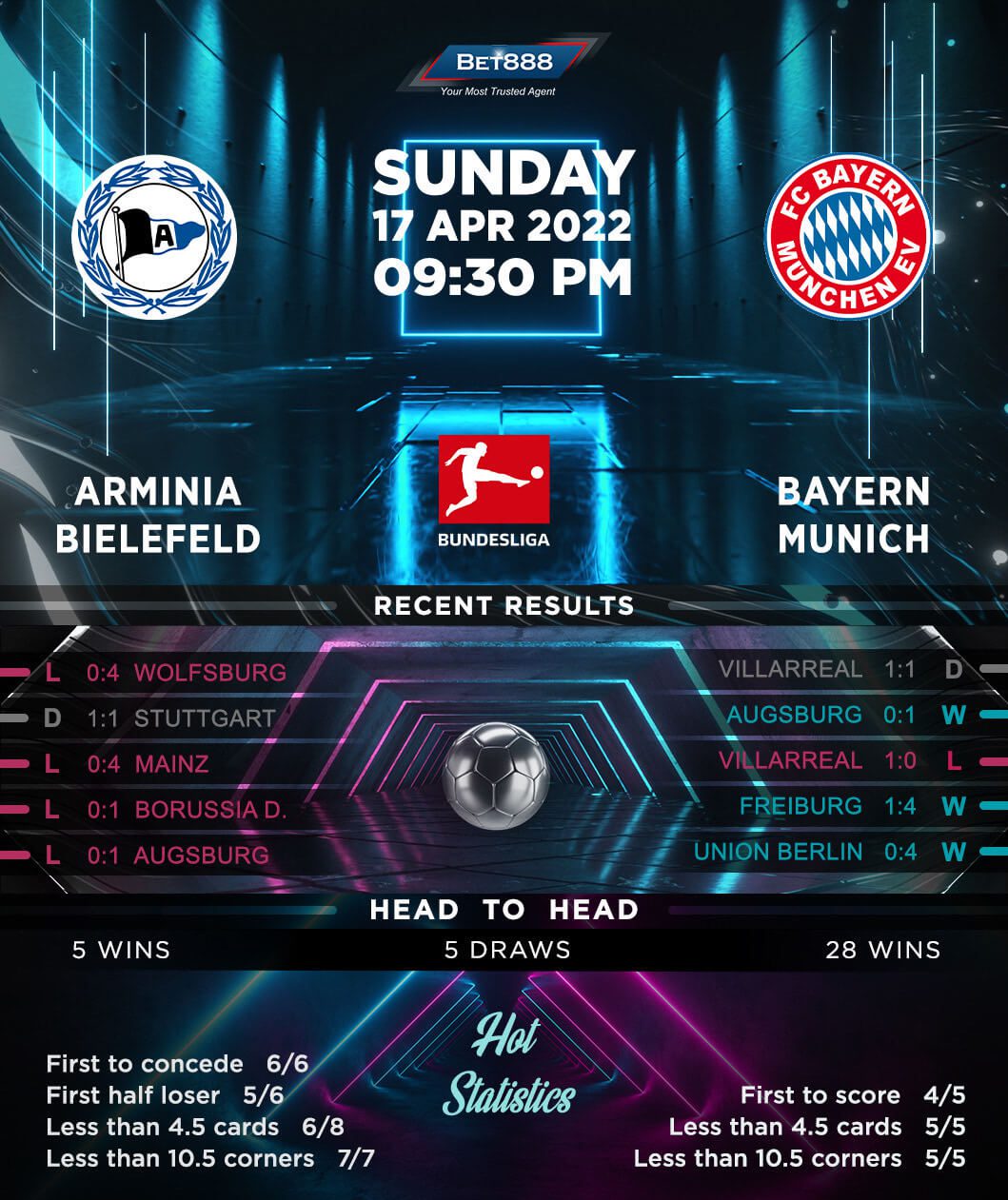