Arsenal’s pursuit of a coveted Premier League top-four finish continues this weekend as they play host to underperforming Brentford at the Emirates Stadium.

Gabriel Magalhaes’ controversial first-half goal handed Arsenal a narrow 1-0 victory at Wolverhampton last time out, bringing his side’s five-game winless streak in all competitions to an end (D2, L3). Moreover, before scoring at Molineux, the ‘Gunners’ were on a four-match goal drought in competitive action, including a scoreless draw with rock-bottom Burnley in their most recent Premier League home fixture. After a run of five consecutive league wins at the Emirates down the final stretch of 2021, Mikel Arteta’s men have gone winless in both Premier League home outings this calendar year (D1, L1). Though they face the prospect of going three successive Premier League home matches without winning for the first time this season, Arsenal should feel very comfortable here after stringing together 32 top-flight home fixtures against newly-promoted sides without defeat (W27, D5).

On the other hand, Brentford appear to be sinking without a trace after going winless in their last six Premier League games on the trot (D5, L1), following an inspiring start to the season. What’s more, the ‘Bees’ have lost each of their last four away league matches by at least a two-goal margin, scoring just once in that period. Another failed attempt to land a point here would see Brentford lose five consecutive away fixtures in English league football for the first time since February 2011. However, Brentford outscored Arsenal 2-0 in the reverse fixture on the opening matchday of the season. As a result, they could become the first newly-promoted side to complete a Premier League double over the ‘Gunners’ since Blackburn Rovers in 1992/93. 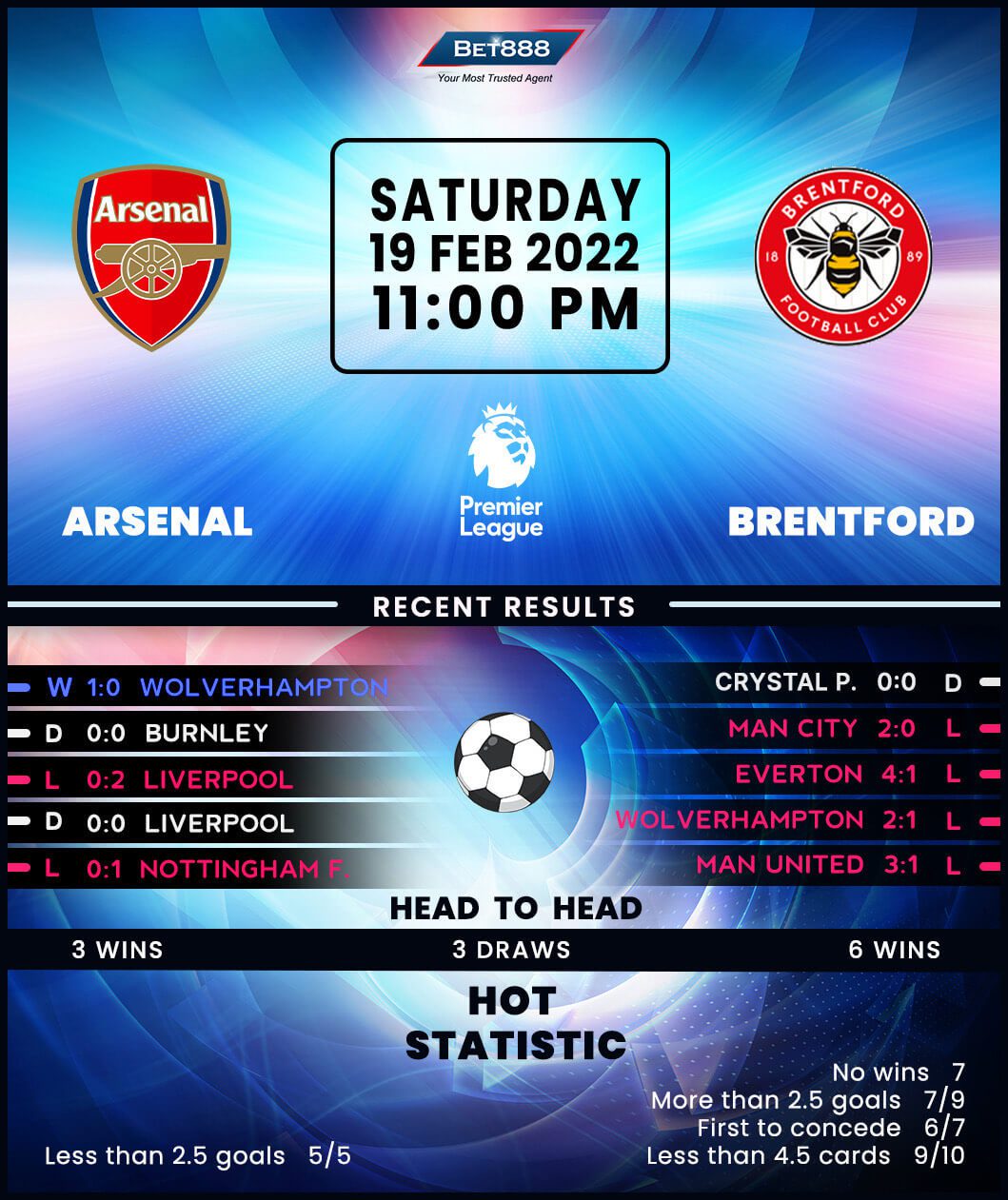