Emirates Stadium is the venue as Arsenal and Crystal Palace go head-to-head in an all-London Premier League showdown.

Arsenal have turned their Premier League fortunes around in the wake of September’s international break, going from a disastrous three-game losing league streak to winning three of their last four matches in the competition (D1). After relieving a bit of pressure off his shoulders, Mikel Arteta will hope October’s international break hasn’t curtailed his side’s momentum as the ‘Gunners’ seek their second consecutive Premier League London derby victory following a 3-1 thrashing of Tottenham Hotspur. However, that could be easier said than done, as they’ve picked up just one win in their last six Premier League match-ups against Crystal Palace (D4, L1), courtesy of a 3-1 victory in their most recent encounter back in May. Having conceded a league-high six first-half goals this season, Arsenal will have to pay attention to their early showings here.

In the meantime, the visitors have experienced a thoroughly disappointing start to this Premier League campaign, returning just one win from their first seven top-flight outings (D4, L2). But that solitary success came in the shape of a 3-0 thrashing of fellow capital-based rivals Tottenham in mid-September. They are now aiming to post back-to-back Premier League London derby triumphs for the first time since April 2017. Yet, the abovementioned victory over ‘Spurs’ remains Crystal Palace’s solitary success across their last 12 top-flight London derbies. Moreover, the ‘Eagles’ have suffered a brace of 3-0 defeats across their three Premier League away matches this season, barring a 2-2 draw with another London side West Ham in late August. Patrick Vieira’s men have scored a league-low one first-half goal this term, casting doubt on their ability to perform in the early exchanges. 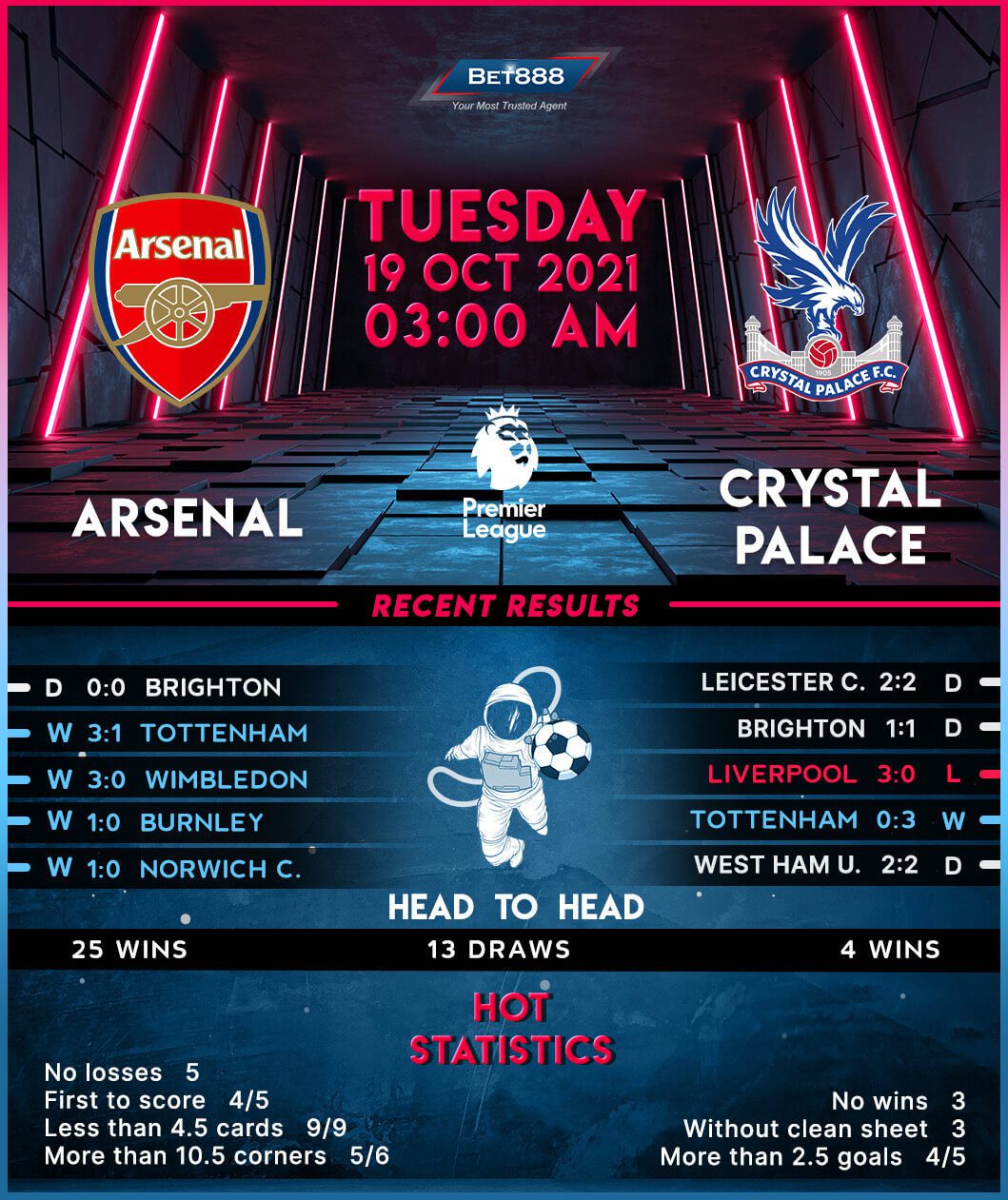