High-flying Arsenal and improving Leicester City are set to square off at the Emirates Stadium in a handsomely-looking Premier League showdown.

Coming into this matchday, Arsenal have strung together four Premier League victories by an aggregate score of 8-4, including a ‘goal-friendly’ 3-2 win away to relegation-battling Watford last time out. The ‘Gunners’ came from behind to beat fellow European rivals Wolverhampton 2-1 in their most recent league outing at the Emirates, making it three straight top-flight home matches without defeat (W2, D1). Following a comfortable 2-0 win in the reverse fixture at the King Power, Mikel Arteta’s men will have their sights firmly set on completing their first top-flight double over Leicester since 2015/16. Arsenal’s ten-game Premier League form waxes lyrical about their chances here (W8, D1, L1), with no other side from England’s top-flight picking up more points than Arteta’s team (25) across the last ten matchdays.

In the meantime, Leicester have picked themselves up from a disappointing five-game winless Premier League streak (D2, L3) to win back-to-back league matches without conceding. Another similar success would see the ‘Foxes’ rack up three consecutive Premier League triumphs ‘to nil’ for the first time since November 2019. However, that could prove rather daunting as Brendan Rodgers’ side had been on a dismal six-match winless Premier League streak away from home (D2, L4) before easing past relegation-threatened Burnley 2-0 last time out. Yet, Leicester could take confidence from winning this exact fixture 1-0 back in the 2020/21 season, ending a run of 23 league visits to Arsenal without winning in league football. There’s a piece of history open for the taking as they could win back-to-back away league H2Hs for the first time in the club’s history. 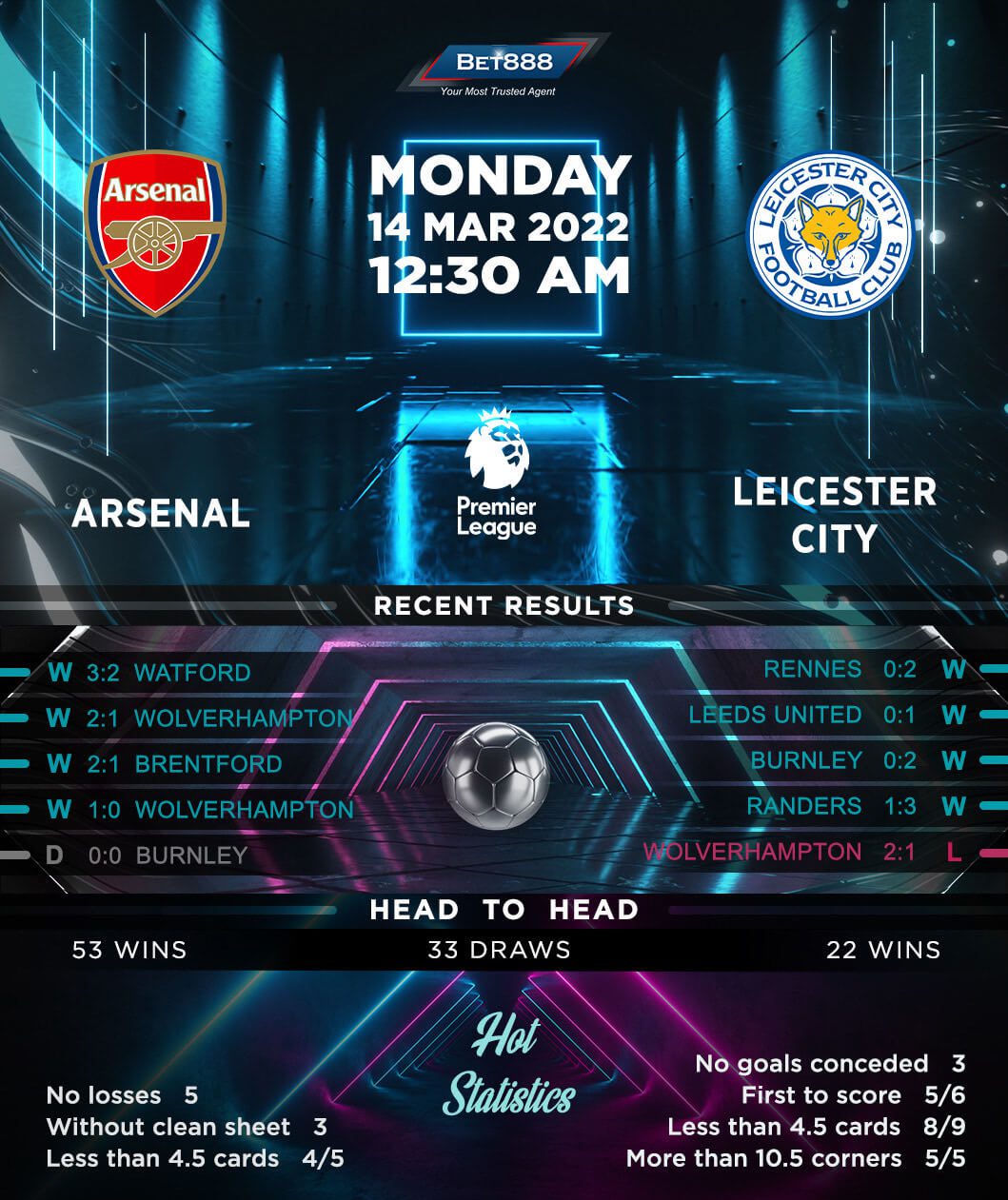