Emirates Stadium is the venue as Arsenal and Liverpool go head-to-head in a blockbuster Premier League clash between the most in-form English sides.

Brimming with confidence following a 2-0 home win over Leicester City, Arsenal are looking to extend their five-game winning Premier League streak and solidify their position in the top-four run-in. The ‘Gunners’ head into proceedings holding a one-point lead over fifth-placed Manchester United with three games in hand as they look set for their first top-four finish since 2015/16. Getting ahead has been the key behind Arsenal’s impressive Premier League home record this season (W10, D2, L2), with Mikel Arteta’s side picking up nine wins from 11 home league outings when scoring the opening goal (D1, L1). However, that could prove rather daunting against Liverpool, considering the Londoners have drawn a blank in each of their last five H2Hs across all competitions, including an embarrassing 4-0 defeat in the reverse fixture at Anfield.

Liverpool are slightly ahead of Arsenal in terms of the ongoing run of form. They currently enjoy an eight-game winning streak in the Premier League, including a comfortable 2-0 win away to Brighton at the weekend. What’s more, Jurgen Klopp’s men have kept a clean sheet in six of their last eight league matches, with only two sides conceding fewer goals than them (20) this Premier League campaign. However, Liverpool’s attacking output has been off the charts thus far, with the ‘Reds’ netting a league-high 73 goals, at an average of 2.6 per game. Yet, the Merseysiders have developed a habit of dropping the points in London this season, having racked up just one win from their five top-flight visits to the nation’s capital to date (W1, D3, L1). After winning both previous competitive fixtures at the Emirates, Liverpool will feel confident of improving that paltry record. 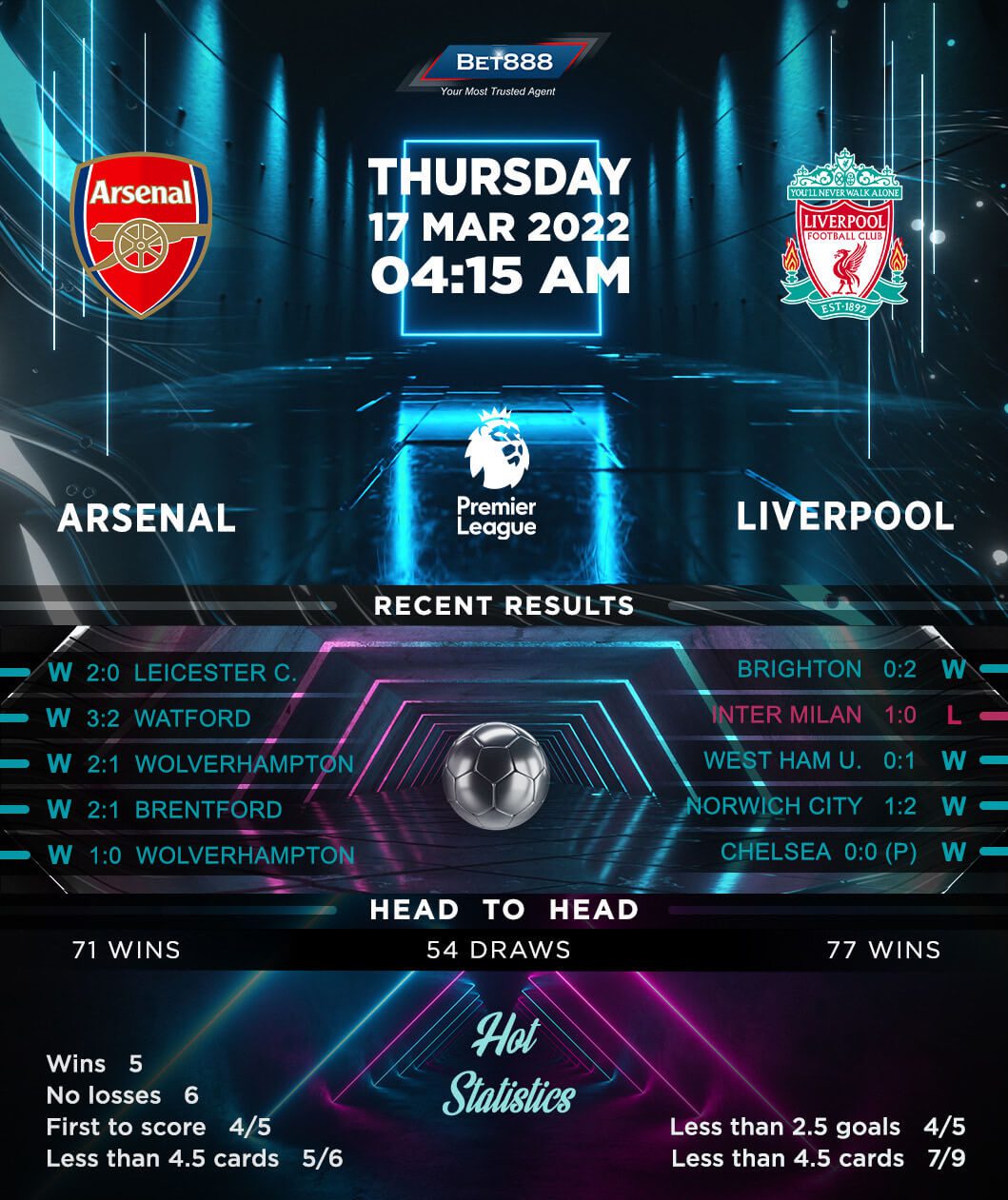