High-flying Arsenal headed into the World Cup break as Premier League pacesetters, having won 12 of their opening 14 league fixtures (D1, L1) to build a decent five-point lead on second-placed Manchester City. Seeking their first top-four finish since the 2015/16 season, the ‘Gunners’ threaten to go far better and pick up the title for the first time in almost two decades. Manager Mikel Arteta knows that maintaining momentum throughout the break could be crucial. But after losing 4-2 to Championship outfit Watford in their first mid-season friendly, his men must respond now. Having won two of their four meetings with Lyon in the 21st century (D1, L1), the Londoners should be confident about getting back to winning ways.

In the meantime, Lyon welcomed the World Cup break in low spirits after going winless in back-to-back Ligue 1 games (D1, L1) as they’ve cemented their place in mid-table. An indifferent start to the season saw ‘Les Gones’ sack Peter Bosz in October and replace him with Laurent Blanc, yet the managerial shift has yet to pay dividends. If a 5-3 humbling of Belgian minnows OH Leuven in their warm-up fixture a few days ago was a sign of things to come, Blanc could be on his way to reigniting Lyon’s bid to challenge for the European spots this term. However, with just one clean sheet from their last 11 outings, the French heavyweights are at risk of being hammered by Arsenal’s second-string side. 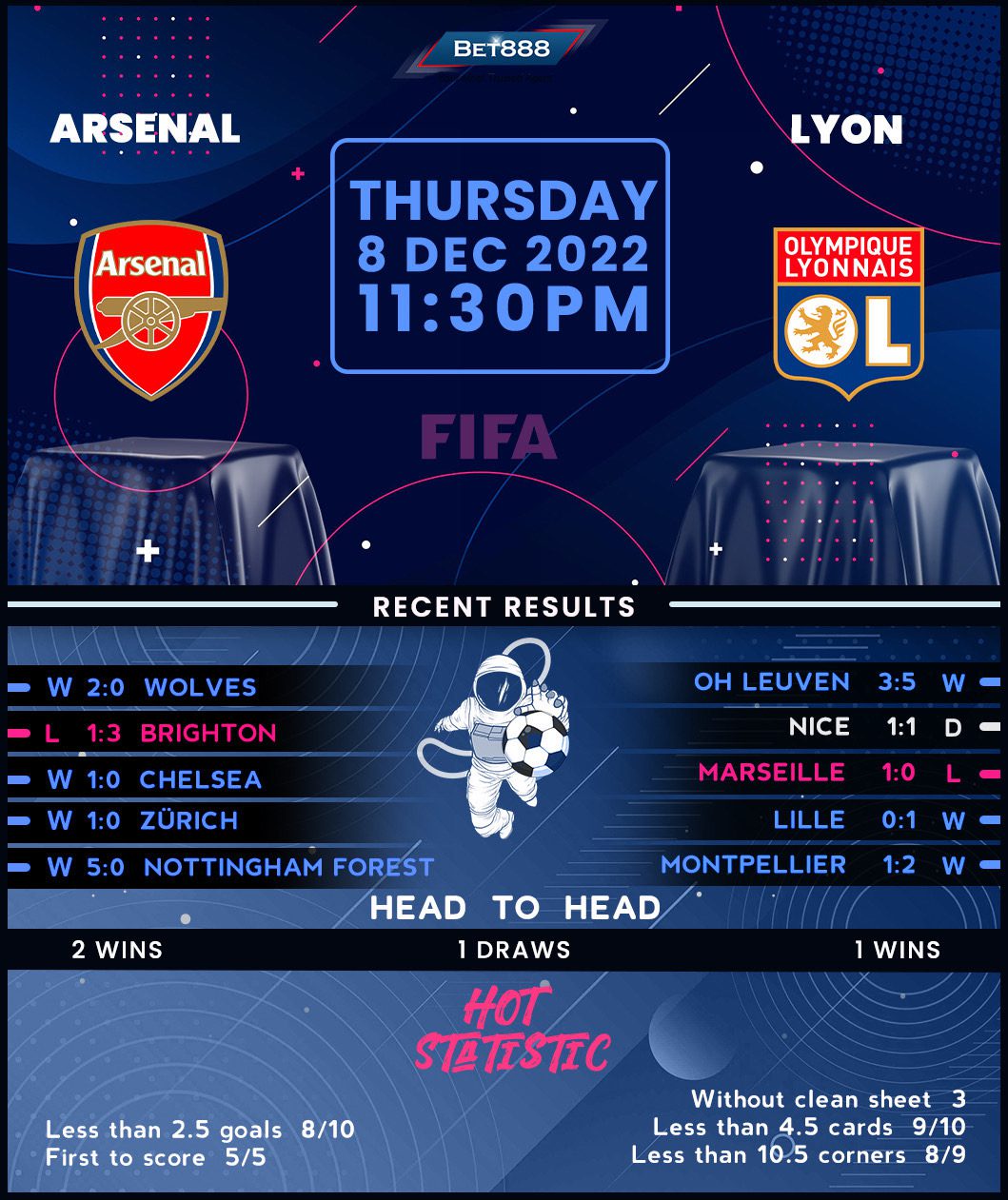