One of the most highly anticipated fixtures on the Premier League football schedule will take place at the Emirates Stadium, as Arsenal face high-flying Manchester City.

A 4-2 home victory against Leeds United last weekend did put an end to Arsenal’s three-game winless run in the Premier League (D1, L2), though they remain stuck in mid-table. At the Emirates, Mikel Arteta’s men have alternated between a win and a loss across their previous six Premier League matches (W3, D3), keeping a clean sheet in three of the last four. However, the incapacity to cope with the elite teams has seen the ‘Gunners’ secure just three triumphs in their last 18 top-flight fixtures against the side starting the day at the top of the tree (D4, L11). Conceding the opening goal might be a problem for the home team, as they’ve failed to grind out a result in four of the five Premier League home games in which they shipped the first goal this season (D1, L4). A cagey beginning is well on the cards, though, given only one of Arsenal’s 12 home league matches has seen the opener scored within 15 minutes of play.

Meanwhile, Manchester City are running away with the league crown already after winning each of their last 12 Premier League fixtures, including a 3-1 thumping of Everton back in midweek. The visitors’ stellar form is underlined by the fact they’ve scored 31 goals and conceded only three in return across their last 12 top-flight outings. Arsenal could fall victim to City’s inexorable march towards the league title, especially considering the ‘Sky Blues’ have not lost any of their previous ten Premier League H2Hs (W8, D2), scoring over 1.5 goals per match nine times in the process! Adding to this sentiment, runaway Premier League leaders have scored 3+ goals in each of their last three top-flight meetings with London sides, winning each of them by at least a two-goal margin. 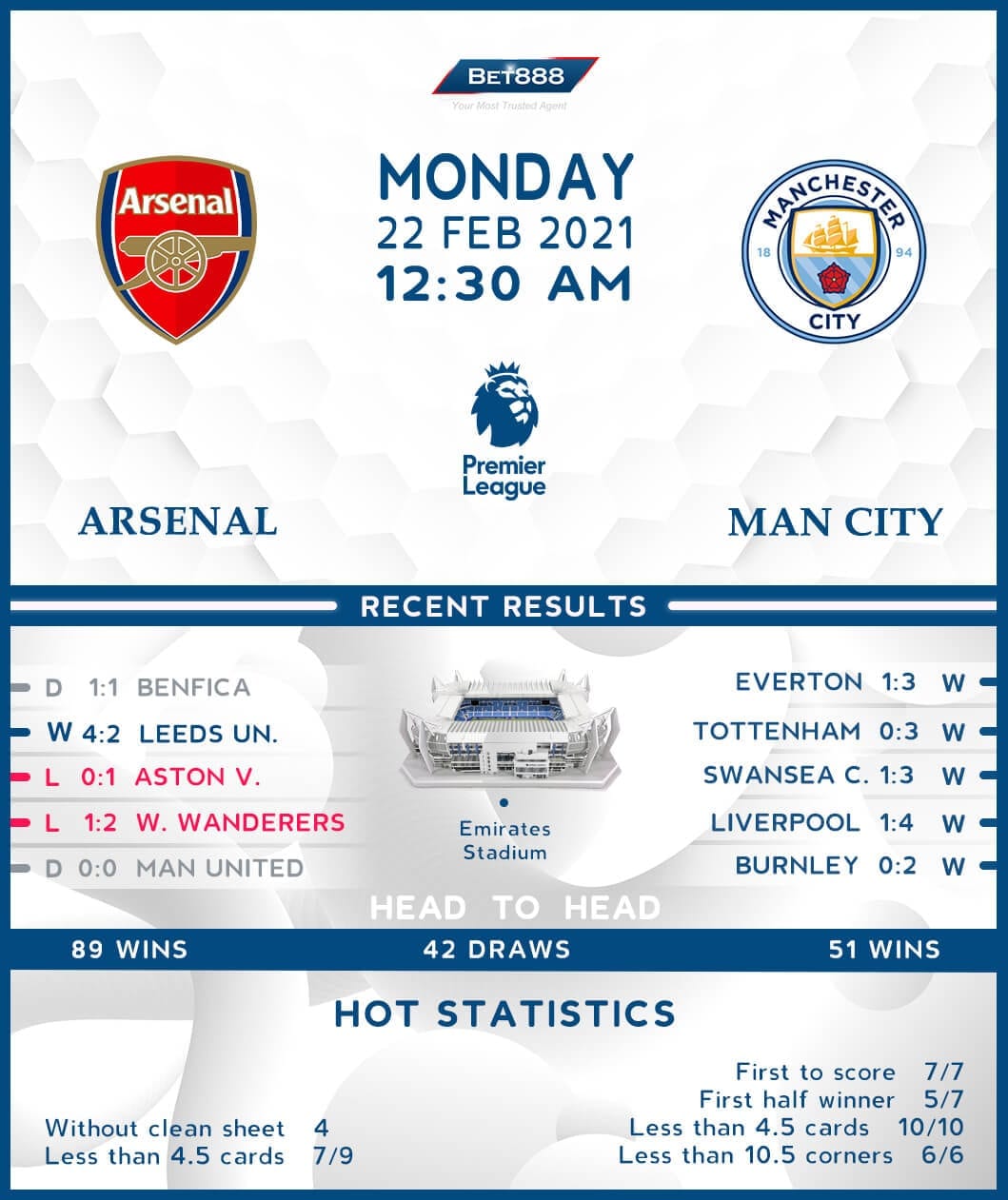