Villarreal head to the Emirates Stadium to take on Arsenal in the return leg of their UEFA Europa League semi-final tie, looking to build on a 2-1 first-leg victory in Spain.

Arsenal’s first-leg defeat at La Ceramica only worsened their disappointing overall record against Spanish clubs in UEFA competitions (W12, D8, L16). However, the ‘Gunners’ have claimed nine triumphs in their 16 home European encounters with La Liga visitors (D4, L3), including the most recent with Valencia at this Europa League stage back in 2018/19. Excluding a 2-1 victory over Benfica in neutral Piraeus in this season’s last-16, Arsenal’s overall home record in Europe’s second-tier competition stands at W16 D4 L4. But Mikel Arteta’s men have failed to win any of their last three home games in the competition’s knock-out phase (D1, L2), with both defeats coming at the hands of Olympiacos. The Londoners have managed to stage a second-leg comeback after losing the first leg on the road on just four of 14 such occasions, albeit winning both previous such contests.

Villarreal’s overall European record versus Premier League opponents is perfectly balanced (W5, D6, L5), with four of those five defeats coming away from home (W1, D2, L4). Since beating Everton 2-1 in their first-ever European trip to England, ‘El Submarino Amarillo’ have drawn a blank in five of their subsequent six visits to the country! However, the Spaniards have successfully negotiated 14 out of 15 UEFA two-legged ties after winning the first leg at home, barring a 3-1 aggregate loss to Arsenal’s fellow Premier League rivals Liverpool in their last such engagement. Remarkably, Unai Emery’s men are enjoying a stunning 22-match unbeaten streak against non-Spanish opponents (W16, D6) and are undefeated in their last 11 Europa League fixtures outside the Iberian Peninsula (W7, D4). Villarreal have won 12 of their 13 outings in the competition (D1) this season, including all seven in the knock-out stage. 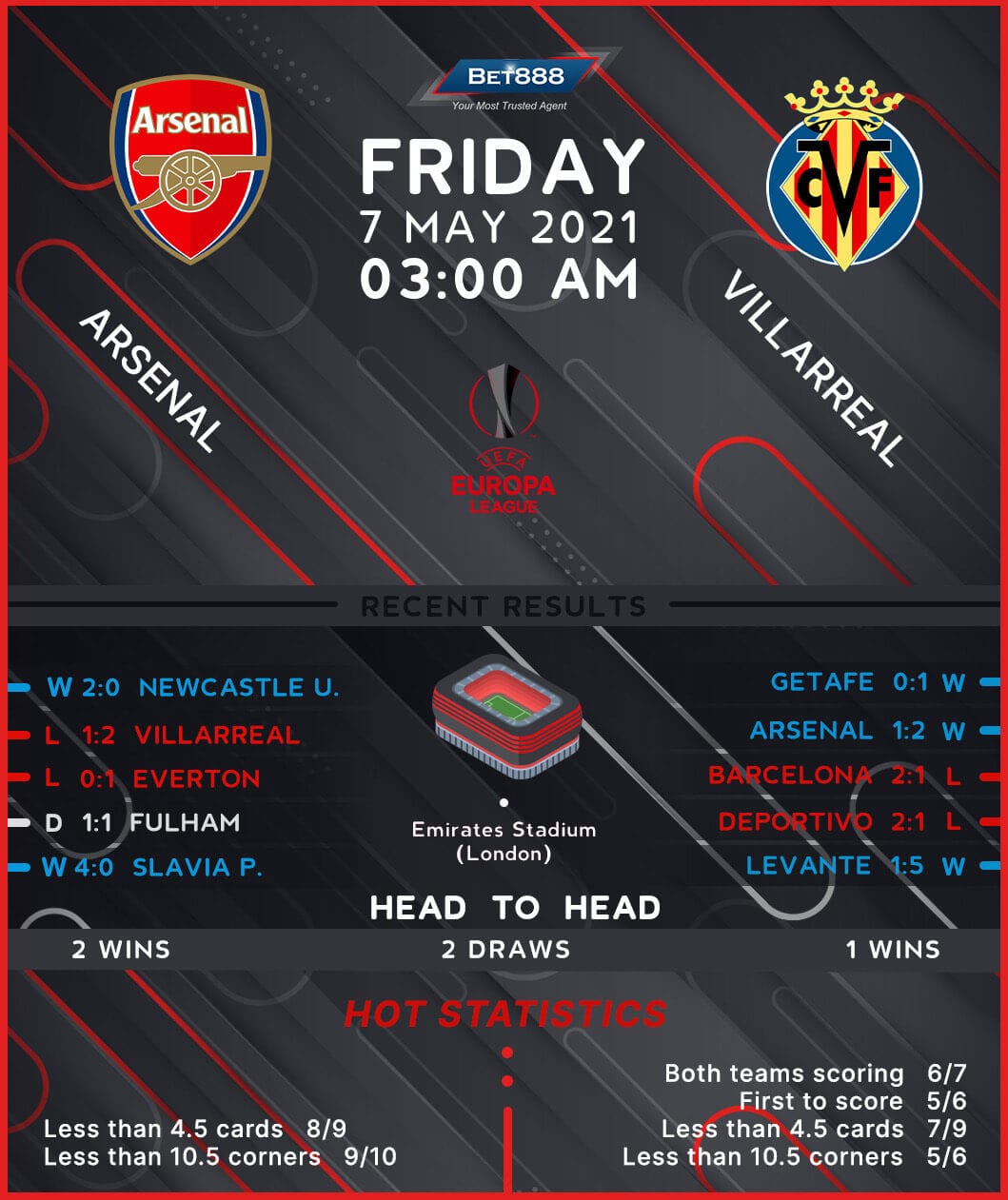