Aston Villa’s faltering bid to secure their highest Premier League finish (9th) since 2010/11 took a hit last weekend. Villa fell to a 2-1 away loss to West Ham United, ending a run of three consecutive league victories without conceding. However, Steven Gerrard’s men, who have drawn a league joint-low three matches this Premier League season, can take confidence from a thumping 4-0 win over Southampton in their most recent Premier League outing at home. After snapping a run of four home league games without winning (D2, L2), the ‘Lions’ have their sights firmly set on claiming back-to-back top-flight triumphs at Villa Park for the first time in over a year. Having racked up identical 1-0 H2H wins in Birmingham in their last two home meetings with Arsenal, Villa will fancy their chances here.

In the meantime, a 2-0 derby defeat at the hands of Liverpool in midweek Premier League action clipped Arsenal’s wings, knocking them down from a five-match winning league streak. Despite collapsing in another high-profile fixture, the ‘Gunners’ are still in prime position to land their first Premier League top-four finish since 2015/16 as they hold a one-point lead on fifth-placed Man United, coupled with two games in hand. Adding to Arsenal’s confidence, they have won each of their last four away league games since losing 2-1 at Everton in early December. Mikel Arteta is ‘gunning’ to become the first ‘Gunners’ boss to win five straight Premier League outings on hostile turf since Arsene Wenger. Much of those hopes could rest on a fast start, as the Londoners have lost all three away league fixtures in which they conceded first this season. 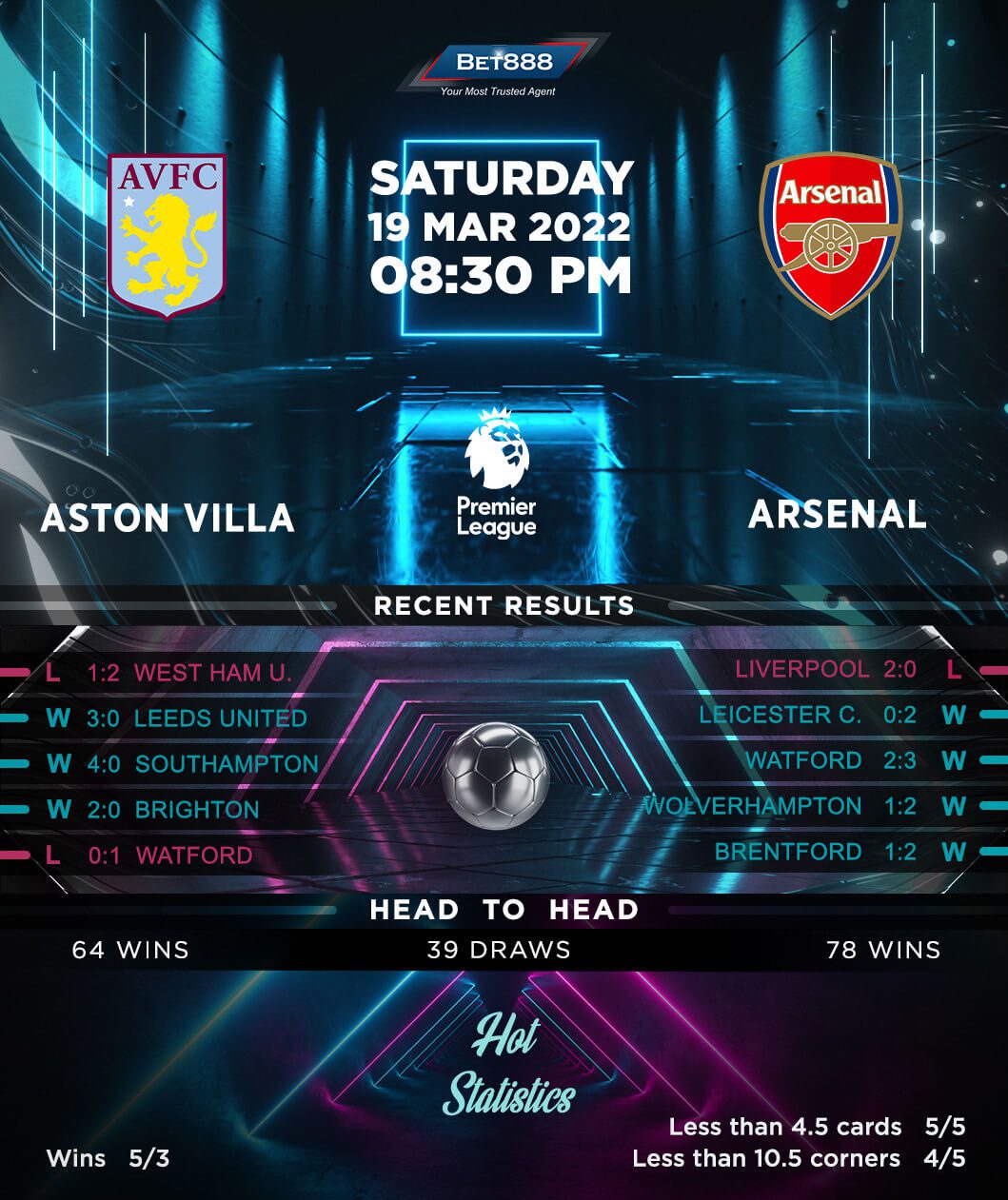