After cruising to back-to-back wins over relegated Norwich City and 17th-placed Burnley, Aston Villa have got their hopes of a first top-half Premier League finish since 2010/11 back on track. But, with 10th-placed Crystal Palace one point away, there’s no room for complacency as the ‘Lions’ target consecutive home league wins over Liverpool for the first time since 1998, following a 7-2 romping in this exact fixture last season. Yet, it’s worth noting that this remains Villa’s solitary success across their last eight Premier League meetings with Liverpool (L7), including a narrow 1-0 defeat in the reverse fixture at Anfield. However, there’s a small piece of history up for grabs, as Villa could make it three triumphs on the trot for only the third time in their last nine top-flight campaigns.

On the other hand, Liverpool’s hopes of completing a historic quadruple took a massive blow last time out as Tottenham Hotspur held them to a 1-1 draw at Anfield, helping Manchester City open up a three-point gap at the summit. Desperate to get back to winning ways, the ‘Reds’ will turn to their free-scoring away form for inspiration. Jurgen Klopp’s men have failed to score in just one of their 17 Premier League games on the road this season, netting a staggering 41 goals in the remaining 16, at an average of 2.56 per match. Adding to Liverpool’s confidence, they boast an outstanding 100% win ratio against sides starting the matchday in the bottom half of the table this season, winning all 18 such match-ups thus far by an aggregate score of 52-4. 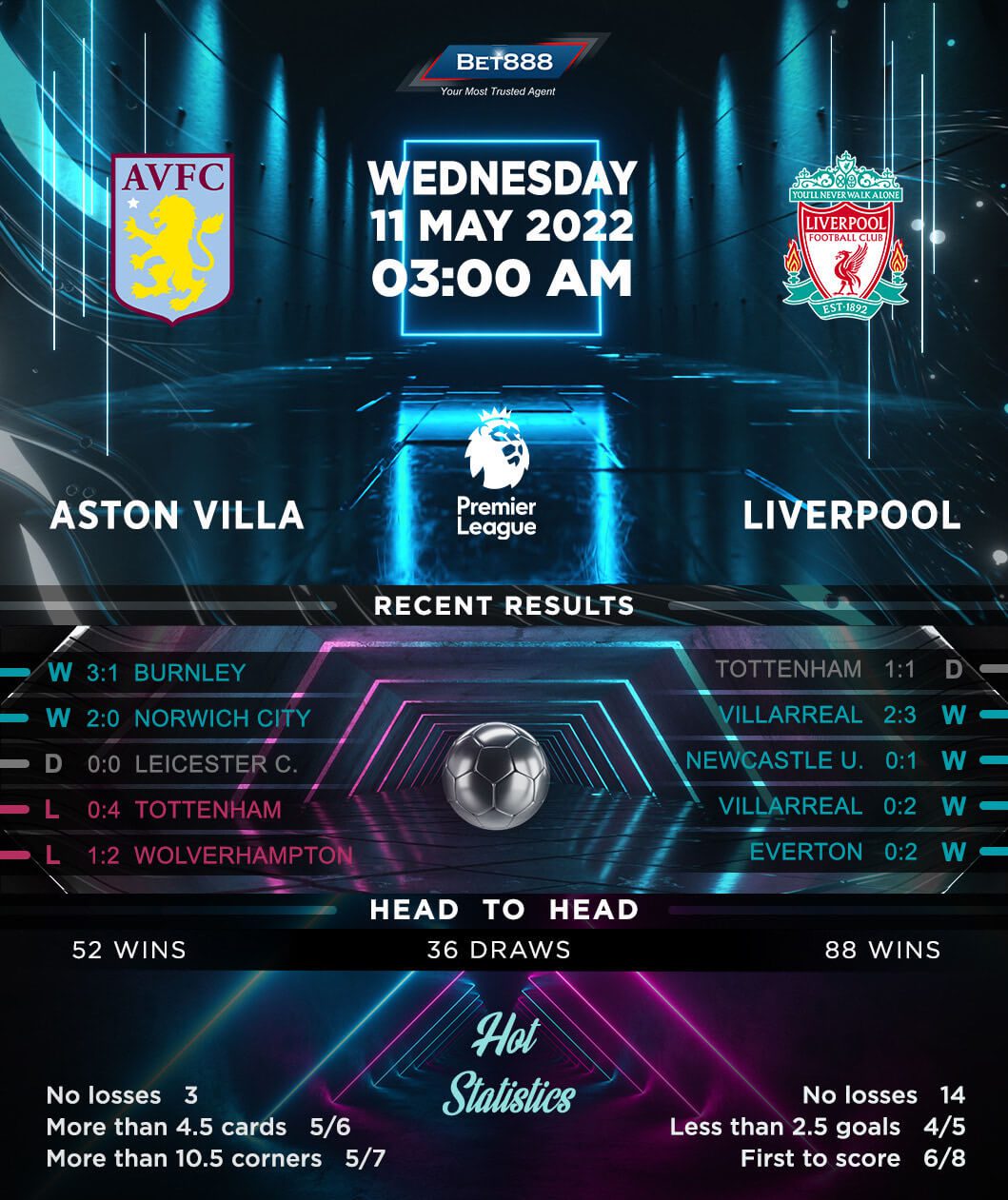