Aston Villa grabbed a late winner to defeat Everton 2-1 at Goodison Park last time out, bringing a three-game winless Premier League streak to a halt (D1, L2). The ‘Lions’ are now pursuing back-to-back league victories for the first time since December 2020, albeit they’ve gone winless in their last 12 top-flight matches against the sides starting the day in the top two in the standings (D3, L9). Additionally, Dean Smith’s men have picked up just one triumph in their last six home Premier League fixtures (D2, L3), letting in precisely two goals per game four times in this sequence. Going back to 1995, Villa have failed to beat Manchester United in 21 home Premier League meetings on the trot (D7, L14), drawing a blank in three of the last four (D1, L3).

Meanwhile, Manchester United have lost once in their last 27 Premier League matches (W17, D9), having gone undefeated in 13 league games (W7, D6) since a 2-1 loss to Sheffield United in January. Ahead of the kick-off, the ‘Red Devils’ remain the only side yet to lose a Premier League fixture away from home this season (W10, D7). Bringing the 2019/20 campaign into the equation, the visitors haven’t lost any of their last 24 away Premier League outings and are only three short of equaling Arsenal’s all-time top-flight record. Ole Gunnar Solskjaer’s men have showcased extreme capacity to dig themselves out of trouble, having won eight of the nine away league matches in which they conceded first so far this season (D1). Remarkably, United have avoided defeat in all 21 competitive games against Aston Villa this century (W14, D7). 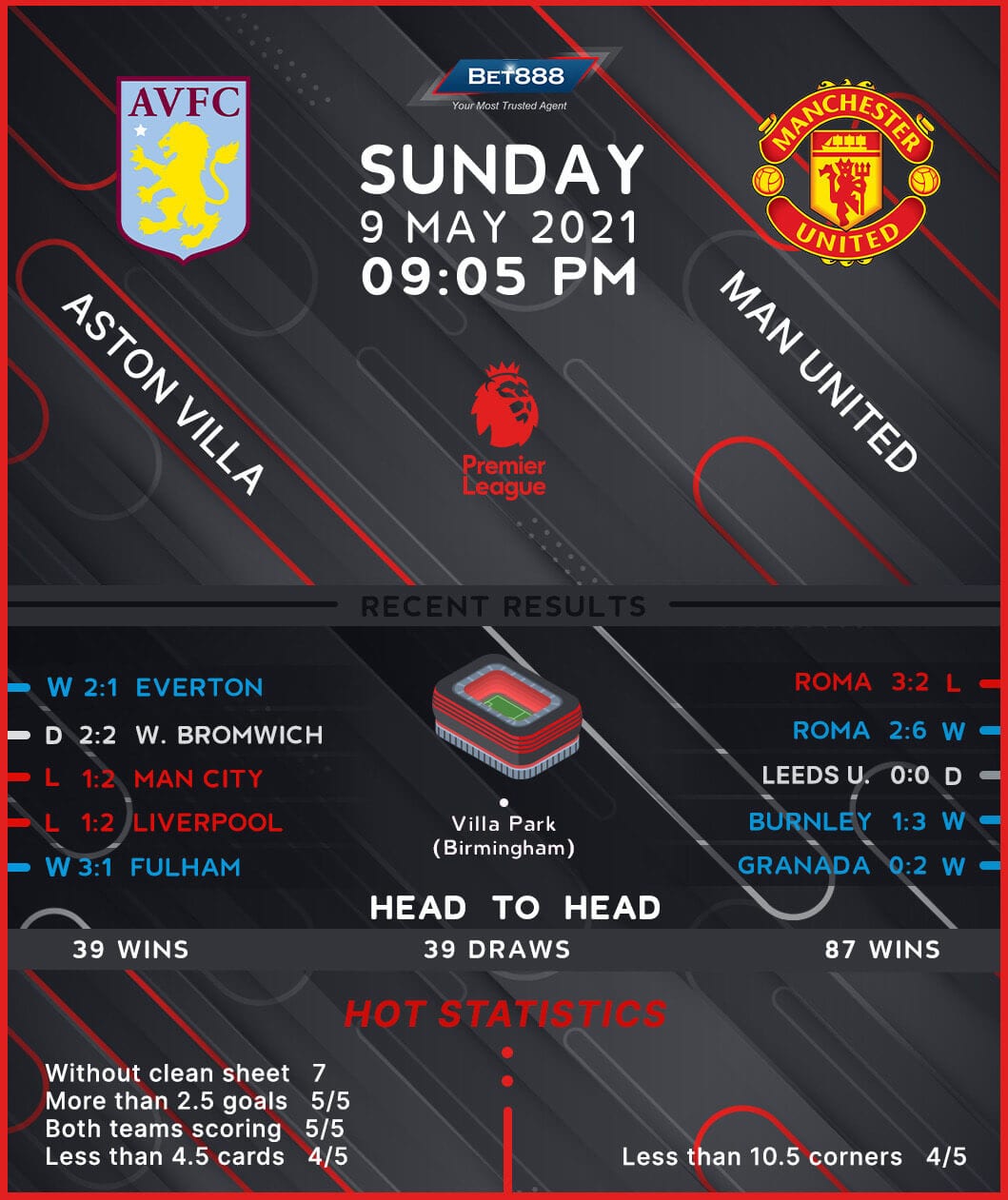