Stakes are high for Atalanta and Benevento as the top-four contenders welcome relegation fighters to the Gewiss Stadium in a must-win Serie A affair.

Atalanta have gone from strength to strength since losing 1-0 to Internazionale on Matchday 26, putting together nine Serie A matches without defeat (W7, D2), albeit alternating between victory (3) and reverse (2) in their last five league outings. Since the turn of the year, no Italian team has netted more league goals than Atalanta (56), with their tally of 84 goals scored in Serie A this season second only to Bayern Munich (92) across Europe’s top-five divisions. Gian Piero Gasperini’s men have been immensely prolific before half-time this term, as they take the field as the only side to smash a 20-goal barrier for first-half goals scored away from home (21). At the other end of the pitch, ‘La Dea’ could register a third consecutive home shutout in Serie A for the first time since March 2017, having kept a clean sheet against Bologna and Juventus in their previous two league games in Bergamo.

In the meantime, Benevento’s hopes of avoiding relegation have suffered a series of blows in the recent period, as a sequence of three straight Serie A losses keeps them three points adrift of safety. Each defeat in that spread of games saw Benevento concede the opener by the 6th minute and go down by a two-goal margin. Away from home, ‘Gli Stregoni’ have picked up just one triumph in their last nine Serie A fixtures (D3, L5), conceding 2+ goals six times in this stretch. Furthermore, Filippo Inzaghi’s men have lost all three top-flight meetings with Atalanta by an aggregate score of 8-1, including a disastrous 4-1 home defeat in the reverse fixture earlier this term. On the bright side, though, five of Benevento’s seven Serie A victories this season have come on the road, including the last three. 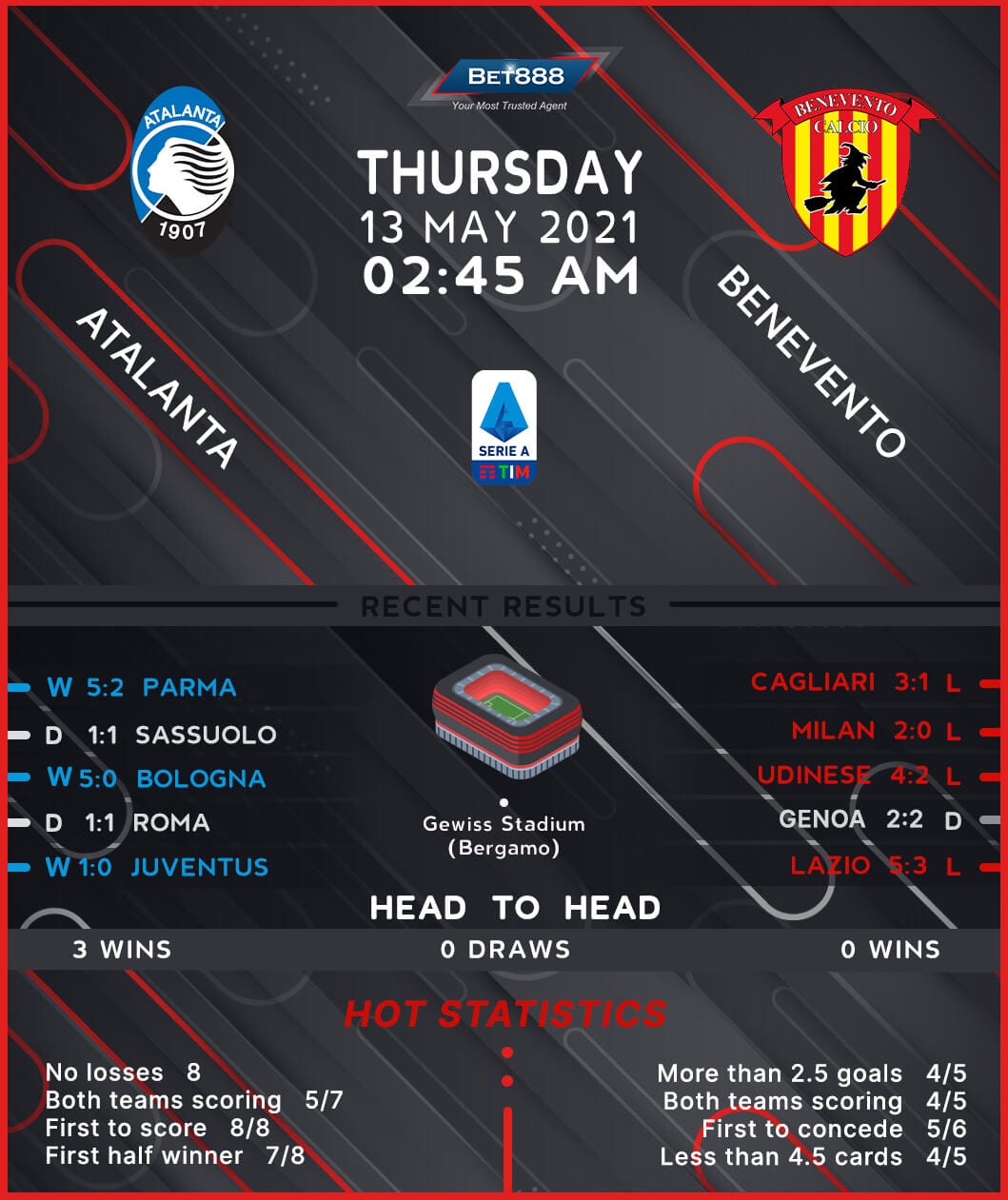