Fiorentina head to the Gewiss Stadium to take on Atalanta in a mouth-watering Coppa Italia quarter-finals tie.

Atalanta enjoyed a flying start to the new calendar year, stringing together a pair of competitive triumphs by an aggregate score of 8-2, including a comfortable 2-0 win over Venezia in the previous Coppa Italia round. However, ‘La Dea’ have since failed to live up to expectations, going winless in their last three Serie A matches on the bounce (D2, L1), including an underwhelming 2-1 home defeat to relegation-threatened Cagliari at the weekend. Since the start of December, Gian Piero Gasperini’s men have only won one of their five matches in all competitions (D1, L3), conceding 2+ goals in each defeat. Atalanta’s three-game H2H form on home turf doesn’t offer much comfort (W1, D1, L1), especially considering they shipped precisely two goals twice in that sequence.

In the meantime, Fiorentina suffered a thrashing 3-0 home loss to Lazio at the weekend, their first scoring blank in competitive action after three matches (W1, D2 – 90mins only). But it’s worth noting that ‘La Viola’ hammered Napoli 5-2 after extra-time in their Coppa Italia last-16 tie to set up this encounter. Yet, Fiorentina’s fragile backline remains a glaring issue, with Vincenzo Italiano going nine consecutive away games in all competitions without a clean sheet. They can at least draw some confidence from restricting their opponents to one goal per game in 55.56% of those fixtures. Conceding first could prove detrimental to the visitors’ hopes of making it to the semi-finals, as they’ve avoided defeat in just two of seven Serie A away games when falling behind this term (D2). 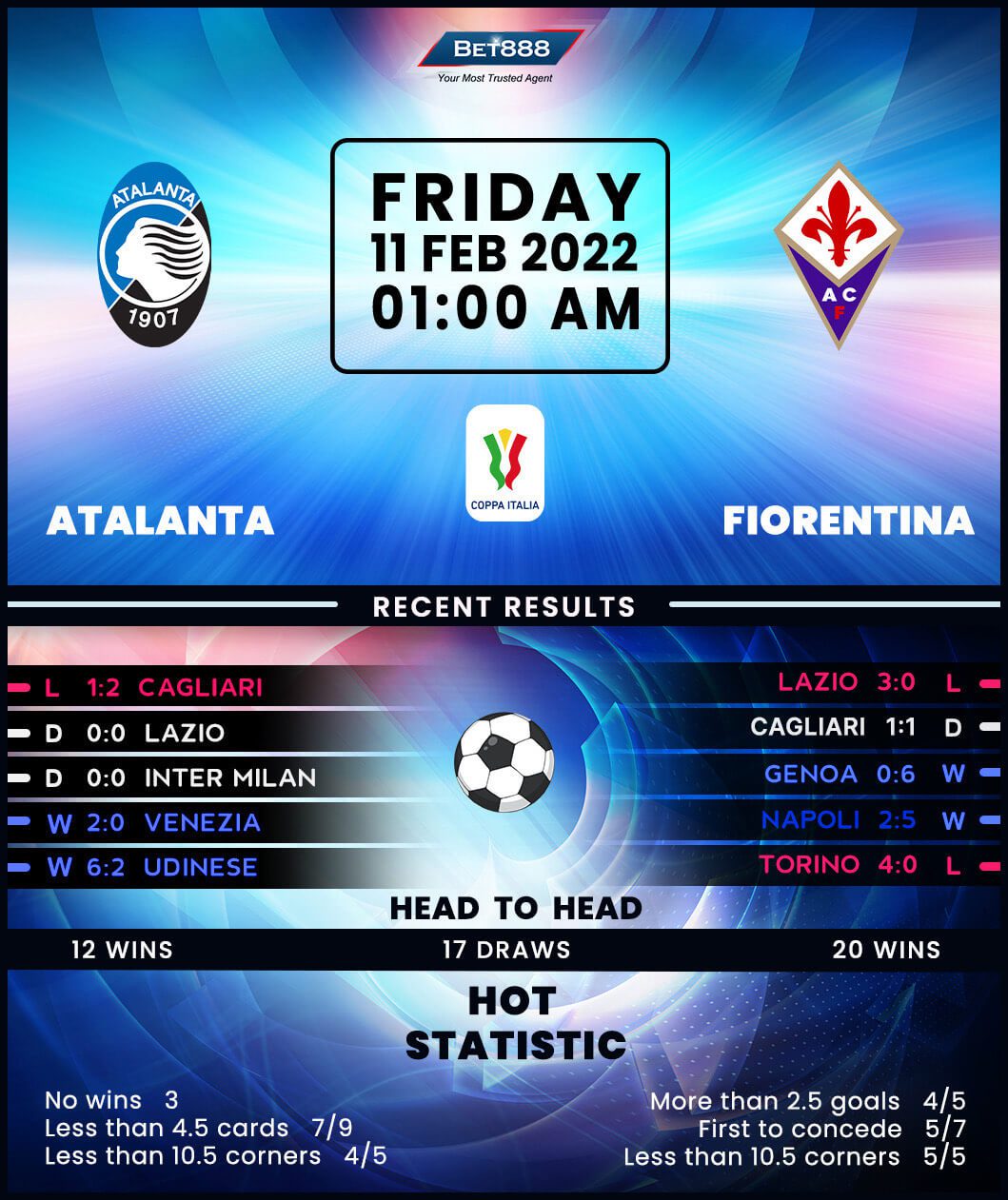