Gewiss Stadium is the venue as fifth-placed Atalanta and fourth-placed Juventus go head-to-head in a Serie A top-four six points. With only two points separating the sides ahead of the kick-off, the visitors could inflict a devastating blow on the home side’s hopes of ensuring their fourth successive top-four finish in Serie A.

Atalanta suffered a shock Coppa Italia exit to ten-man Fiorentina in midweek, losing 3-2 at home despite leading 2-1 midway through the second half. ‘La Dea’ are currently experiencing one of their roughest patches under the stewardship of Gian Piero Gasperini, having gone winless in their last four outings across all competitions (D2, L2). However, Atalanta have racked up back-to-back Serie A wins over Juventus for the first time in the club’s history and could also complete their first-ever league double over this opposition following a 1-0 win in the reverse fixture back in November. On the other hand, after losing 2-1 to Cagliari last time out, the hosts could lose two consecutive Serie A matches for the first time since October 2020.

Meanwhile, Juventus have gone into overdrive since the abovementioned H2H reverse, putting together ten Serie A games without losing (W7, D3). Interestingly, six of their seven victories during that ten-match sequence yielded an identical 2-0 scoreline, with ‘I Bianconeri’ scoring either side of half-time on each occasion. Coming into this matchday, Massimiliano Allegri’s men have registered three Serie A clean sheets in a row, last enjoying a longer such streak in the competition in December 2018, during Allegri’s previous spell at the helm. That should inspire Juventus’ bid to improve upon their underwhelming five-game H2H league record in Bergamo (W1, D3, L1). Each of those three draws featured the same 2-2 scoreline, highlighting the potential for an action-packed, high-scoring affair.a 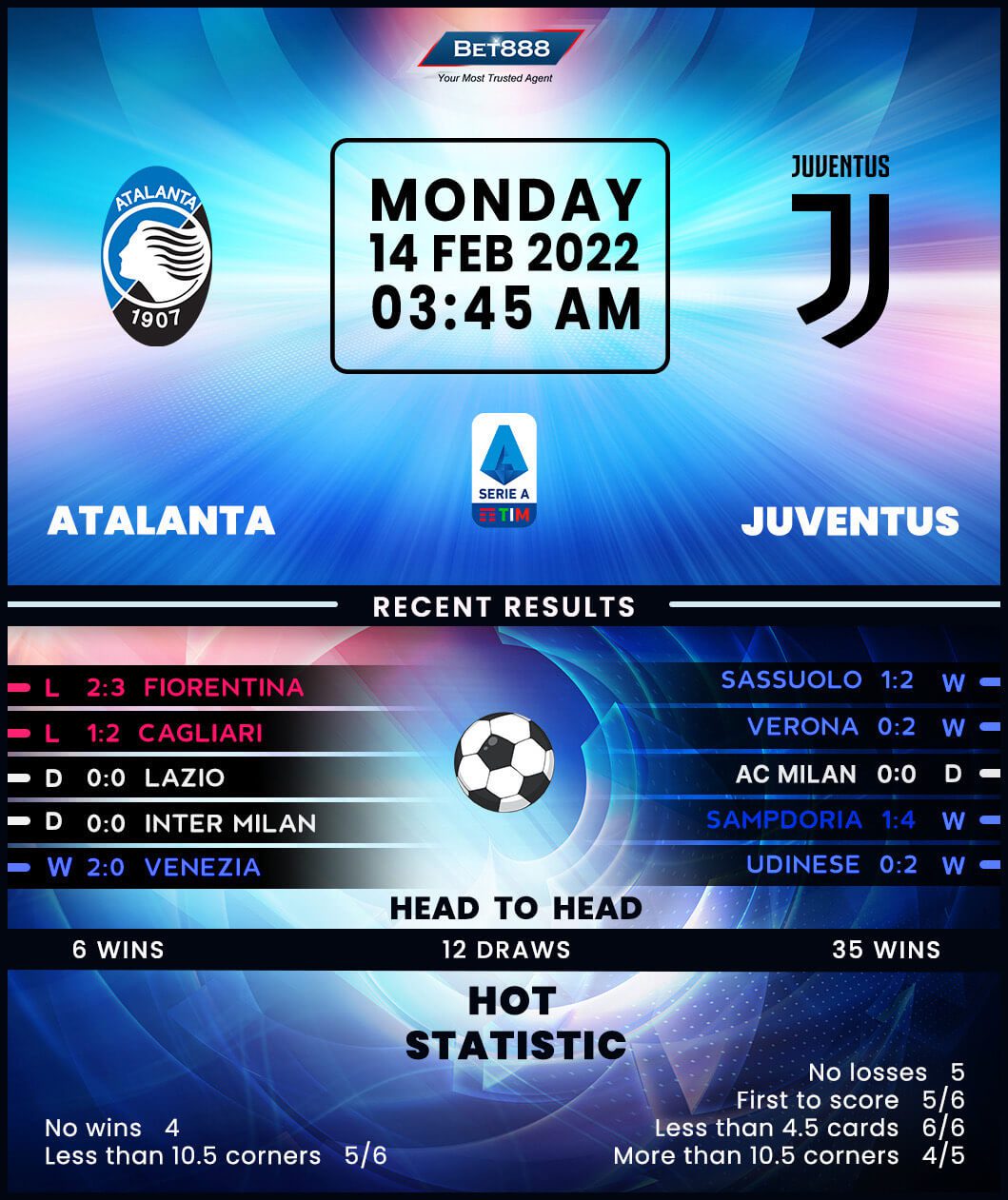