A hard-fought 3-2 win at Cadiz last time out has preserved Athletic Bilbao’s hopes of European qualification, though they still have a four-point deficit on sixth-placed Villarreal to make up in the remaining five rounds. Playing in front of sold-out San Mames is always a pleasure for Marcelino’s crew, but an indifferent three-game home La Liga form (W1, D1, L1) suggests otherwise. Following a 2-0 reverse to Celta Vigo in their most recent outing at San Mames, Athletic face the prospect of losing back-to-back home league fixtures for the first time since October 2020. Yet, ‘Los Leones’ have gone unbeaten in three of their last four top-flight meetings with Atletico (W1, D2), having lost five of their previous six against them in the competition (W1).

In the meantime, Atletico Madrid’s patchy three-game La Liga form (W1, D1, L1) means they head into this matchday with a four-point lead on fifth-placed Real Betis. Margins for error are slim down the final stretch, but ‘Los Colchoners’ could draw confidence from winning three of their last four La Liga away matches (L1). Worryingly, though, Diego Simeone’s men have faltered in the final third lately, failing to get on the scoresheet in four of their last five games in all competitions (D2, L2). Despite their underwhelming scoring return, ‘Los Rojiblancos’ have racked up seven wins in their last nine La Liga fixtures (D1, L1). All that comes to nothing if you consider they’ve lost both previous league visits to Basque sides, putting themselves in a position to suffer three successive defeats in such match-ups for the first time since 2005. 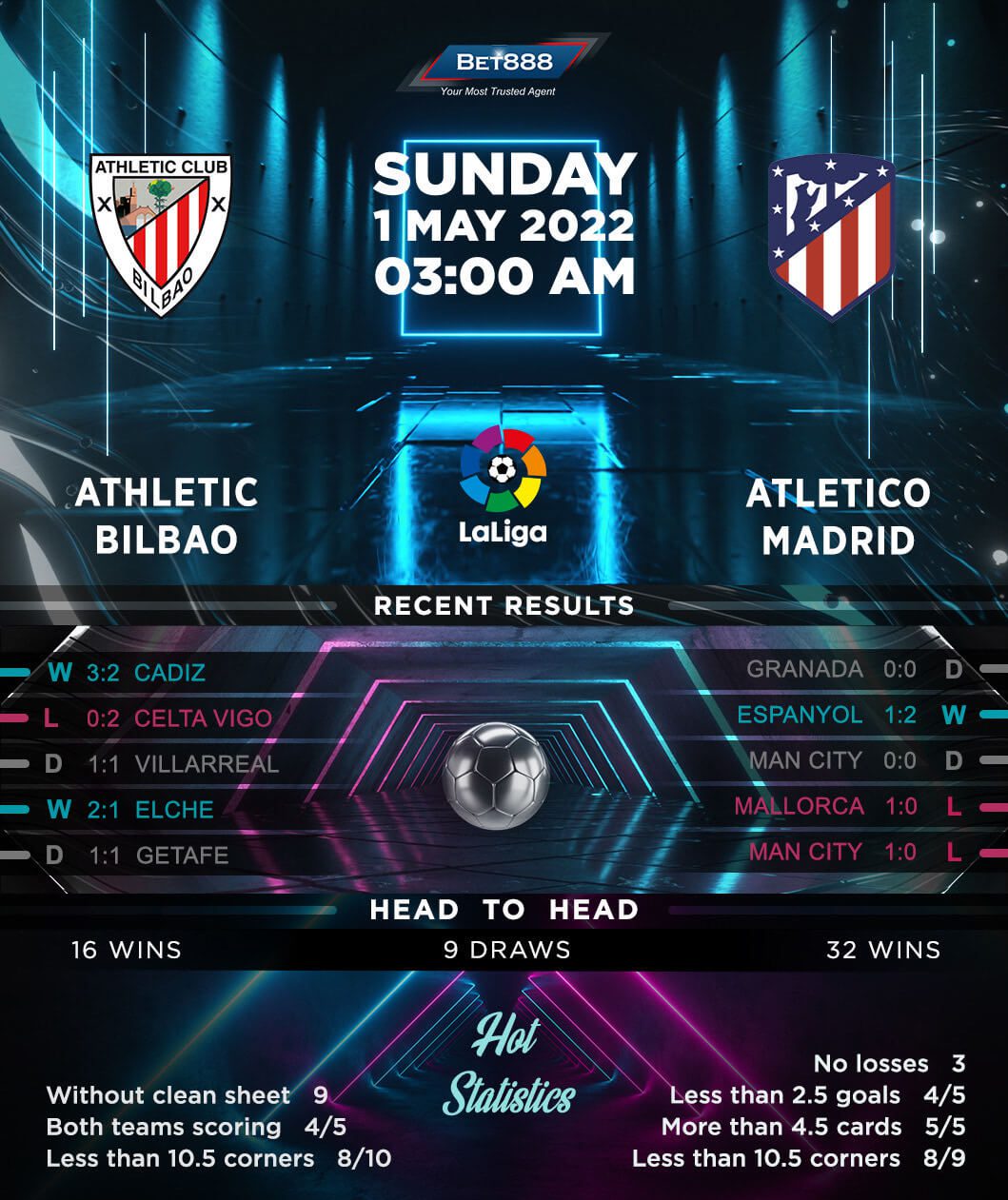