Since beating Granada 2-1 at home on Matchday 26, Athletic have gone winless in four La Liga games in a row (D3, L1), with each of the last three featuring HT/FT draw. Despite failing to keep a clean sheet in six of their seven home league matches this calendar year, ‘Los Leones’ have suffered just one defeat in that spread of fixtures (W3, D3, L1). Yet, of the 33 goals the Basque giants have conceded this La Liga campaign, only 39.39% have come at home (13), with eight arriving in the last six La Liga outings here. A strong start will come in handy as Marcelino Garcia Toral’s men have yet to lose a top-flight match when leading at half-time this season (GP8 – W5, D3). However, the hosts have claimed just a single win in their last nine La Liga encounters with fellow Basque teams (D4, L4).

On the other hand, a return of five defeats from their last seven La Liga matches (D1) has inflicted further damage on Deportivo’s hopes of avoiding relegation, as they now sit bottom of the table, three points adrift of safety. Alaves conceded 3+ goals four times during that six-game sequence while scoring under 1.5 goals on five occasions. Furthermore, ‘El Glorioso’ have lost four consecutive away league fixtures by an aggregate score of 13-3, conceding precisely three second-half goals three times in the process. Poor second-half performers, Javier Calleja’s men have netted a league-low 19 league goals after half-time this season, losing more points (17) via goals conceded in that period than any other side. There may be no way back into this fixture for Alaves if they fall behind, knowing they have ended up on the losing side in eight of the nine away league games in which they conceded first this season (D1, L8). 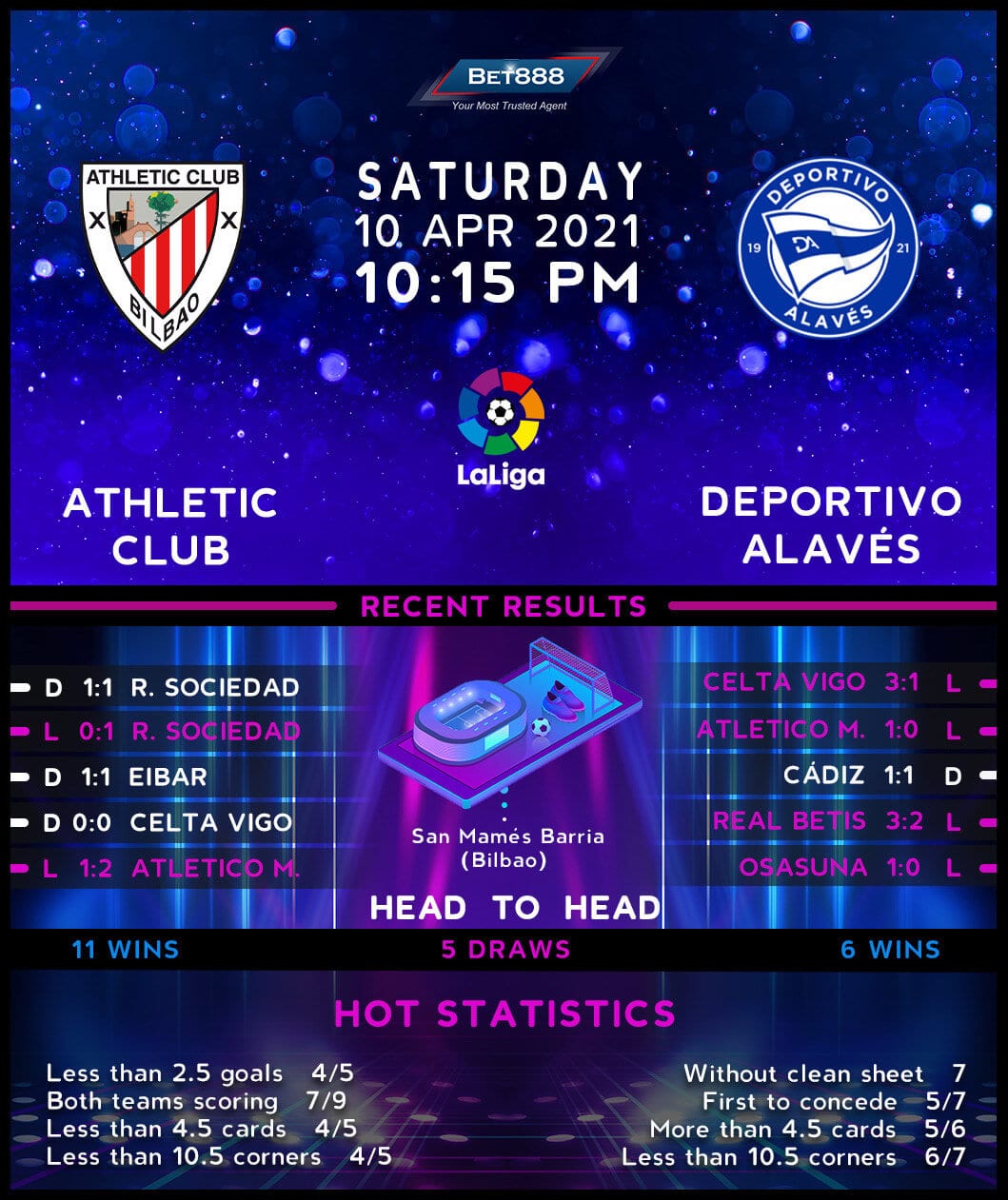