Atlanta United will play host to Nashville SC at the Mercedes-Benz Stadium, looking to extend their unbeaten MLS run to four (W1, D2).

It’s been a decent start to the season for Atlanta so far, as they join proceedings having suffered just one reverse in their opening six MLS fixtures (W2, D3). However, a lack of firepower in the front third has seen United net under 1.5 goals in five of their six league games this season, including the last three in a row. At home, the ‘Five Stripes’ have won both of their MLS matches thus far, scoring first and finding the net on or beyond the 85-minute mark on each occasion. None of Atlanta’s three MLS meetings with Nashville have ended level (W2, L1), with each result (win/loss) seeing the victor score the first-half opener. Also, two of those three H2Hs saw over 2.5 goals and both sides on the scoresheet.

Alongside Orlando City, Nashville are the only franchise in the Eastern Conference yet to taste defeat this MLS season. But the visitors have established themselves as ‘stalemate specialists,’ having drawn four of their opening six league fixtures (W2). After being held to identical 2-2 ties to Montreal and Cincinnati, respectively, each of Nashville’s last four MLS matches has seen one or both teams fail to score in contests garnering under 2.5 FT goals (W2, D2). However, it’s worth noting that this only their second away game this term, following a scoreless draw with Real Salt Lake in mid-May. All of Nashville’s four MLS goals conceded this season have come in the first half of play, with three of them arriving within the opening 13 minutes. 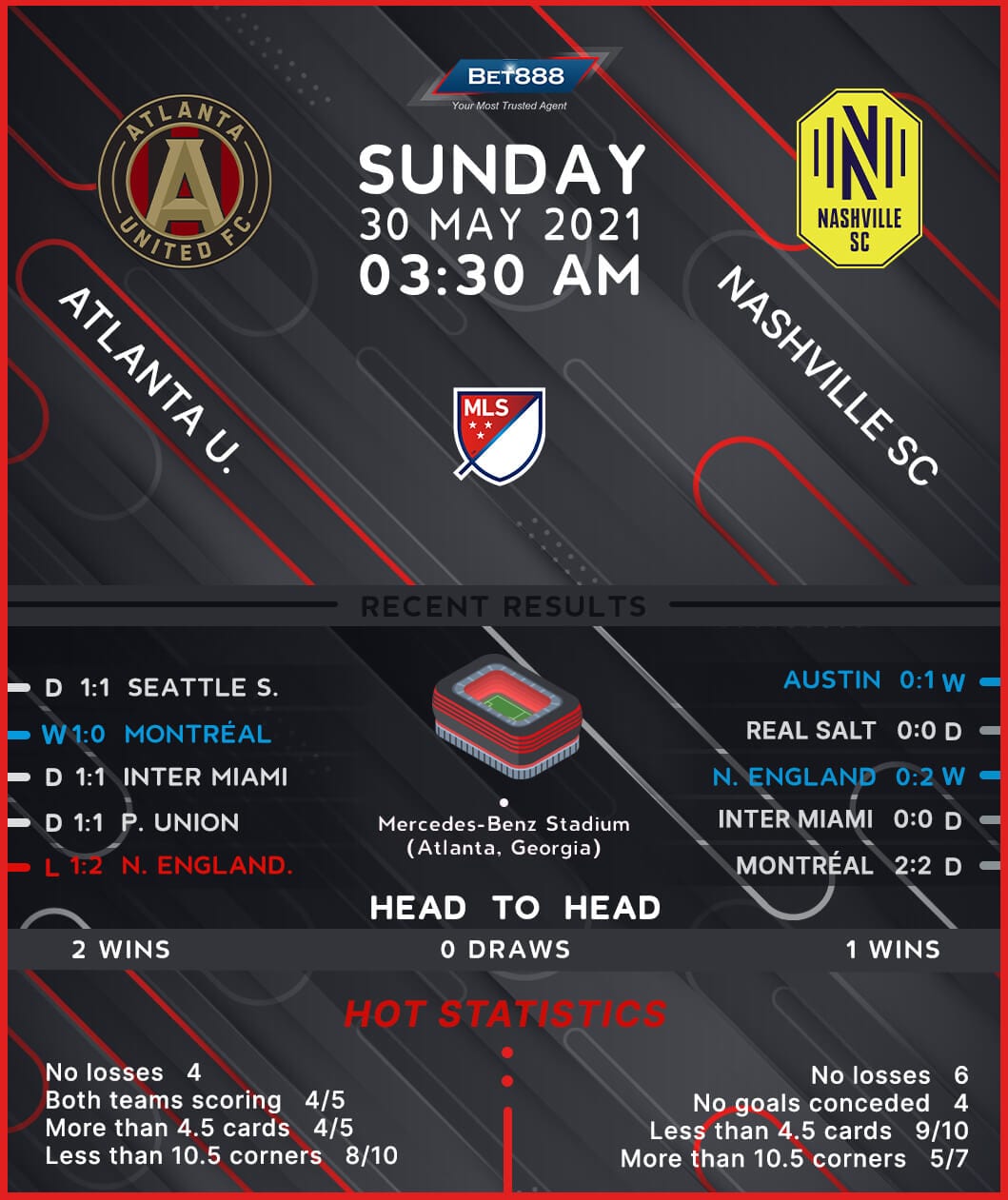