Atletico Madrid’s pursuit of a coveted top-four La Liga finish continues this weekend as they welcome relegation-battling Cadiz to the Estadio Wanda Metropolitano.

Atletico Madrid boss Diego Simeone has rallied his troops following a dreadful 1-0 home defeat to rock-bottom Levante, guiding ‘Los Colchoneros’ to three consecutive La Liga victories since, including a 3-1 win away to Real Betis last time out. Another triumph would see the Madrid-based outfit put together four La Liga wins for the first time since January 2021. Back at Wanda Metropolitano, where they’ve won four of their five league matches (L1) in 2022, the defending La Liga champions are odds-on favourites against a Cadiz side they’ve not lost to in any of their last 13 top-flight H2Hs (W9, D4). Moreover, Atletico have won three consecutive La Liga meetings with Cadiz since a 1-1 draw in 2006, netting precisely four goals on each occasion.

Meanwhile, Cadiz’s 2-0 home win over Rayo Vallecano last time out ended a run of three successive La Liga draws, marking only their second victory in nine top-flight outings this calendar year (D4, L3). However, ‘El Submarino Amarillo’ are winless in their last two away league matches (D1, L1), scoring just once in that period. Indeed, only five La Liga teams have netted fewer league goals on the road this season than Cadiz (12). On the bright side, though, the visitors have kept a clean sheet in three of their last four La Liga games. Sergio Gonzalez’s men have established themselves as the ‘stalemate kings’ this season, drawing more La Liga fixtures (12) than any other side so far. Yet, it is worth noting that only four of those draws have come away from home (W3, L6), with Cadiz picking up just one triumph from their last seven league travels. 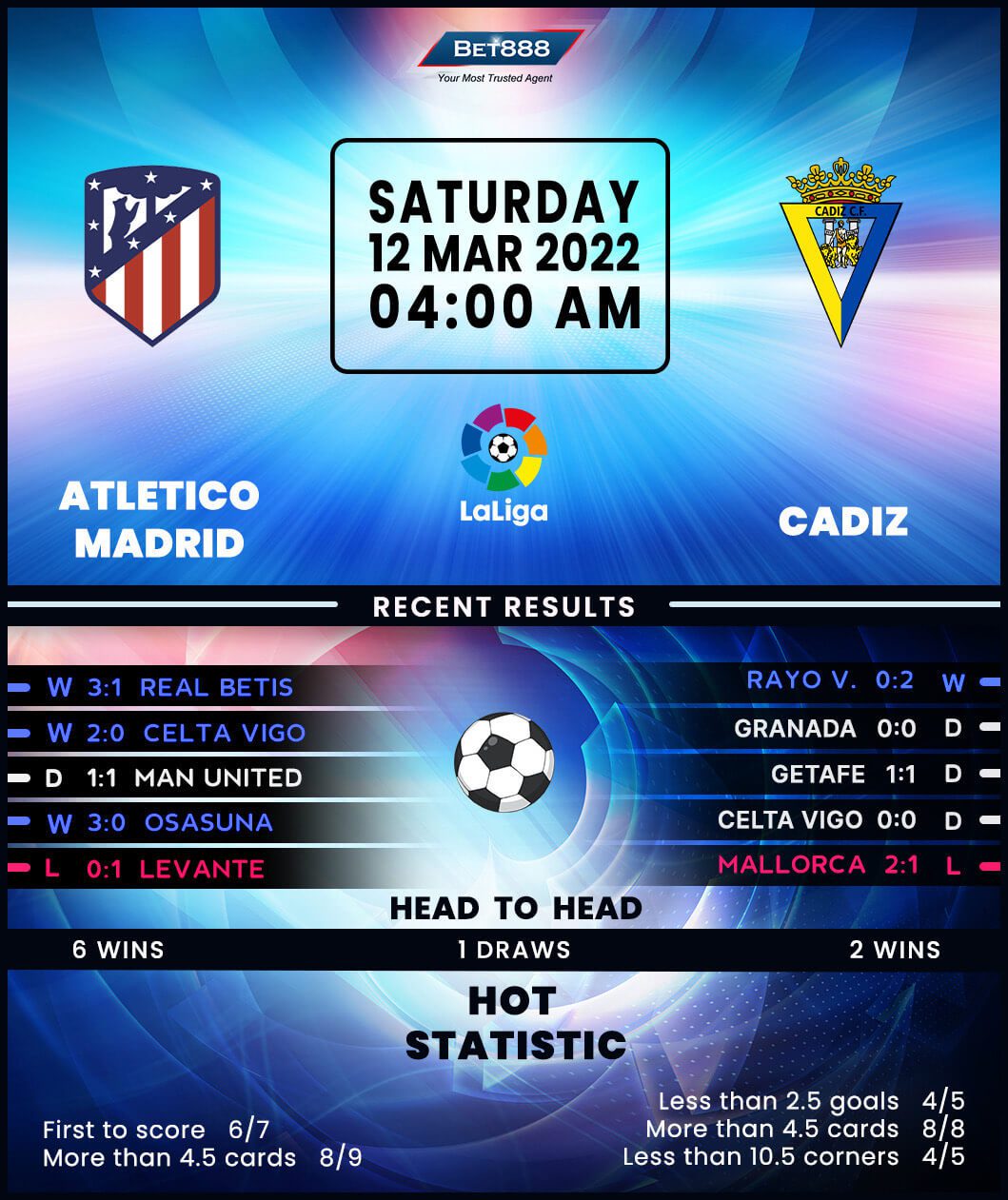