Atletico Madrid’s scintillating 3-0 romping of Osasuna silenced rumours linking long-serving manager Diego Simeone with the Wanda Metropolitano exit, hauling ‘Los Rojiblancos’ back into the top-four battle. However, Atletico followed up an embarrassing 1-0 defeat to dead-last Levante with a 1-1 first-leg draw with Manchester United in Champions League midweek, making it two consecutive home matches without winning. By contrast, they had won three La Liga home fixtures in a row beforehand, scoring an average of three goals per game in that span. Worryingly, though, after four successive H2H wins as hosts stretching between May 2016-April 2019, ‘Los Colchoneros’ have drawn their last two top-flight meetings with Celta in Madrid. But they have yet to lose a league game against this opposition under Simeone’s reign (W6, D3).

Meanwhile, Celta Vigo have hit the ground running since a 1-0 loss at Real Sociedad in early January, stringing together five La Liga matches without defeat (W2, D3) to tuck themselves in mid-table comforts. That said, the visitors are winless in their last three away league fixtures (D1, L2), failing to find the net twice in that sequence. On the bright side, following a run of nine successive La Liga defeats away to Madrilean clubs, Celta have gone unbeaten in eight of their last 11 visits to the nation’s capital in the competition (W1, D7, L3). Improving upon that record will require the travelling side to avoid conceding first here, as they’ve suffered seven defeats from nine La Liga outings when shipping the opening goal this term (D2, L7). 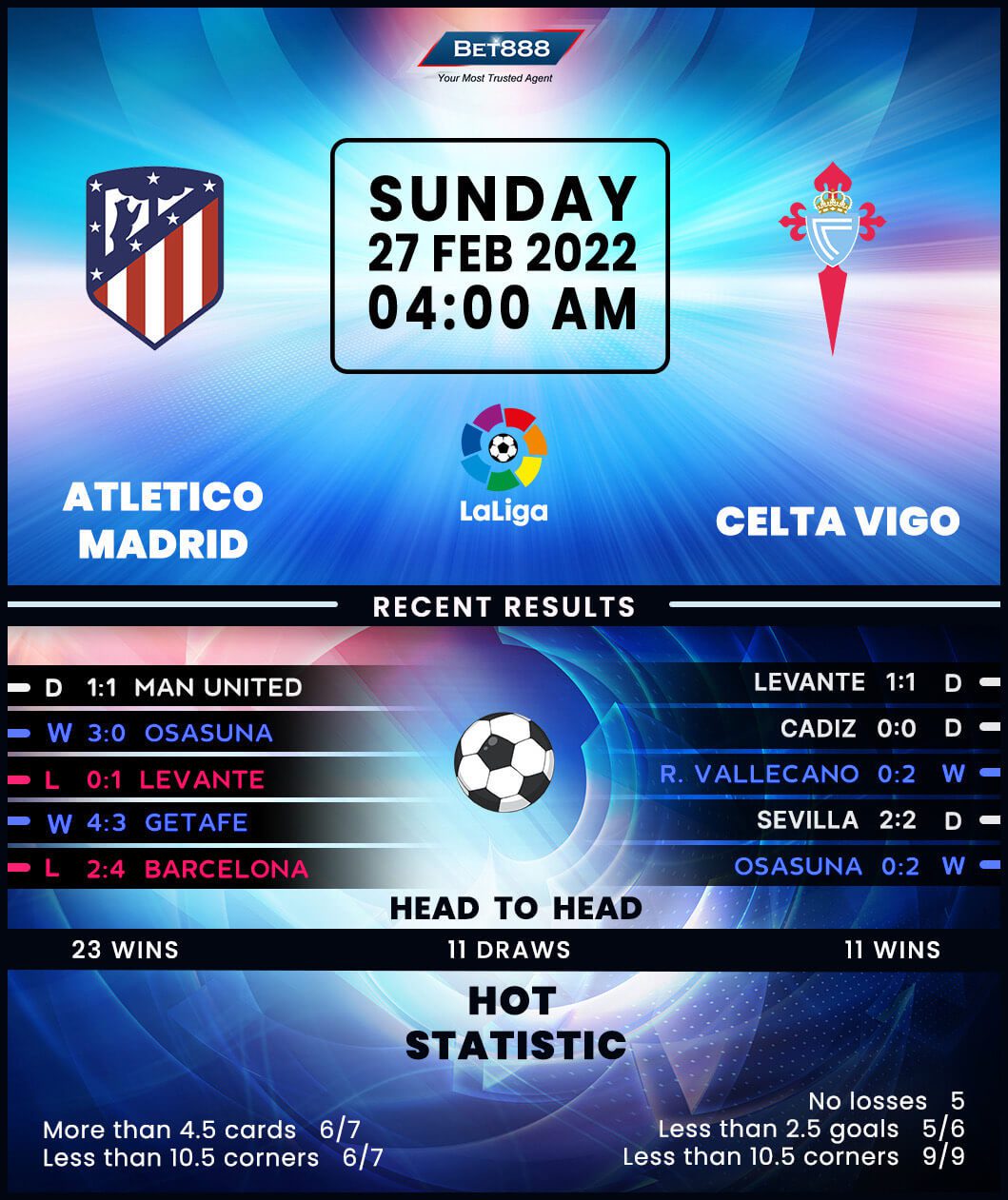