Atletico Madrid will be keen to put European heartache firmly behind them when they encounter Espanyol at the Estadio Wanda Metropolitano this weekend.

Following a disheartening Champions League quarter-final exit at the hands of Manchester City, Atletico Madrid will be seeking their first league double over Espanyol since 2015/16. However, Diego Simeone’s men are not having the best of times, having failed to score in their last three competitive matches, all of which featured under 1.5 total goals (D1, L2). Still, ‘Los Colchoneros’ have racked up seven victories across their nine previous La Liga meetings with Espanyol at home (D1, L1), keeping a clean sheet in six of their last eight H2Hs in the capital. Vulnerable from set-pieces, the reigning Spanish champions have recorded 39% of their La Liga goals conceded this season from such plays (15/38). Yet, Atletico can draw confidence from going unbeaten in their last five competitive home games (W3, D2).

Meanwhile, Espanyol have tucked themselves in mid-table comforts, though a lack of consistency has seen them alternate between winning (3) and not winning (3) across their last six La Liga outings. A low-scoring theme has highlighted Espanyol’s recent league matches, as four of their five previous La Liga games have witnessed one of the sides fail to score in matches garnering under 2.5 total goals. But ‘Los Periquitos’ head into proceedings having won none of their last five La Liga away fixtures (D2, L3), conceding an average of 2.2 goals per game in that sequence. Late action could still be on the cards, though, with 60% of Espanyol’s top-flight away matches this season featuring at least one goal beyond the 75th minute (9/15). 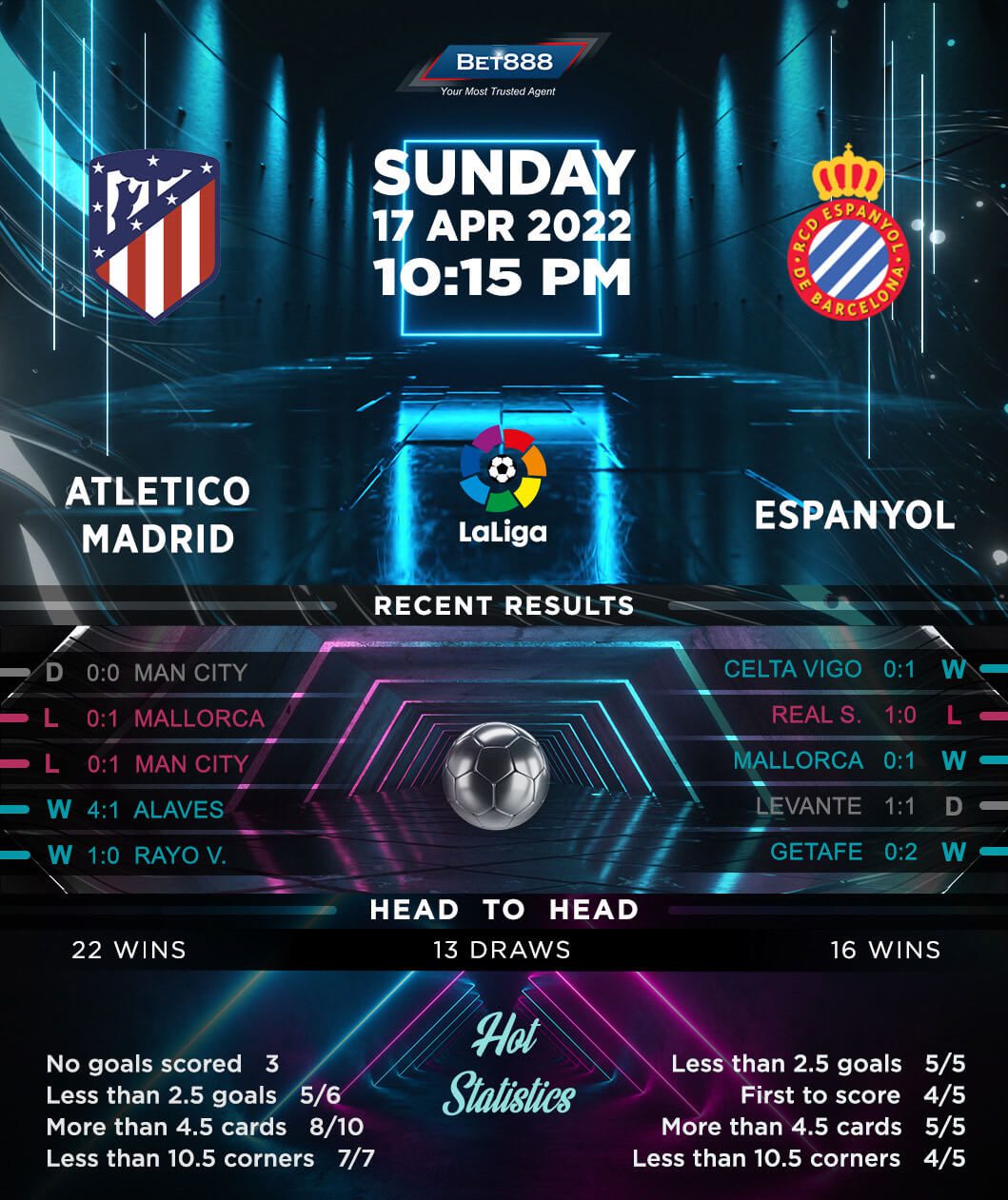