Atletico Madrid continue their La Liga title charge at the Wanda Metropolitano as they meet relegation fighters Huesca this midweek.

A comprehensive 5-0 home triumph over relegation-threatened Eibar last time out saw Atletico Madrid bring a two-game winless La Liga streak to a halt (D1, L1) and extend the gap on second-placed Real Madrid to three points. At home, ‘Los Colchoneros’ have won their last three league matches by an aggregate score of 8-1, scoring at least once inside the final five minutes of the first-half action on two occasions. Coming into this matchday, Diego Simeone’s rock-solid defense has conceded just nine times at the Wanda Metropolitano as they remain one of only two sides in La Liga yet to allow double digits at home this season. Topically, the hosts have registered the joint-high nine shutouts in 16 home league fixtures this season, conceding once in five of the other seven.

Meanwhile, the visitors go into this encounter frantically looking over their shoulders as they sit level on points with 18th-placed Valladolid, who also have a game in hand. A 1-0 away reverse against Deportivo Alaves last time out ended Huesca’s three-game unbeaten run in La Liga (W2, D1), marking the 12th league match in which they failed to score this season. If they manage to find the net here, the visitors are likely to do it after half-time, as 62.5% of their away La Liga strikes this season have come in the second half of play (10/16). Easier said than done, though, given that the ‘Azulgranas’ have yet to score against Atletico in the top-flight (D1, L2). Conceding first may well end Huesca’s hopes of staying unbeaten here as Pacheta’s men have ended up on the losing side in 88.89% of the away La Liga fixtures after falling behind this term (GP9 – D1, L8). 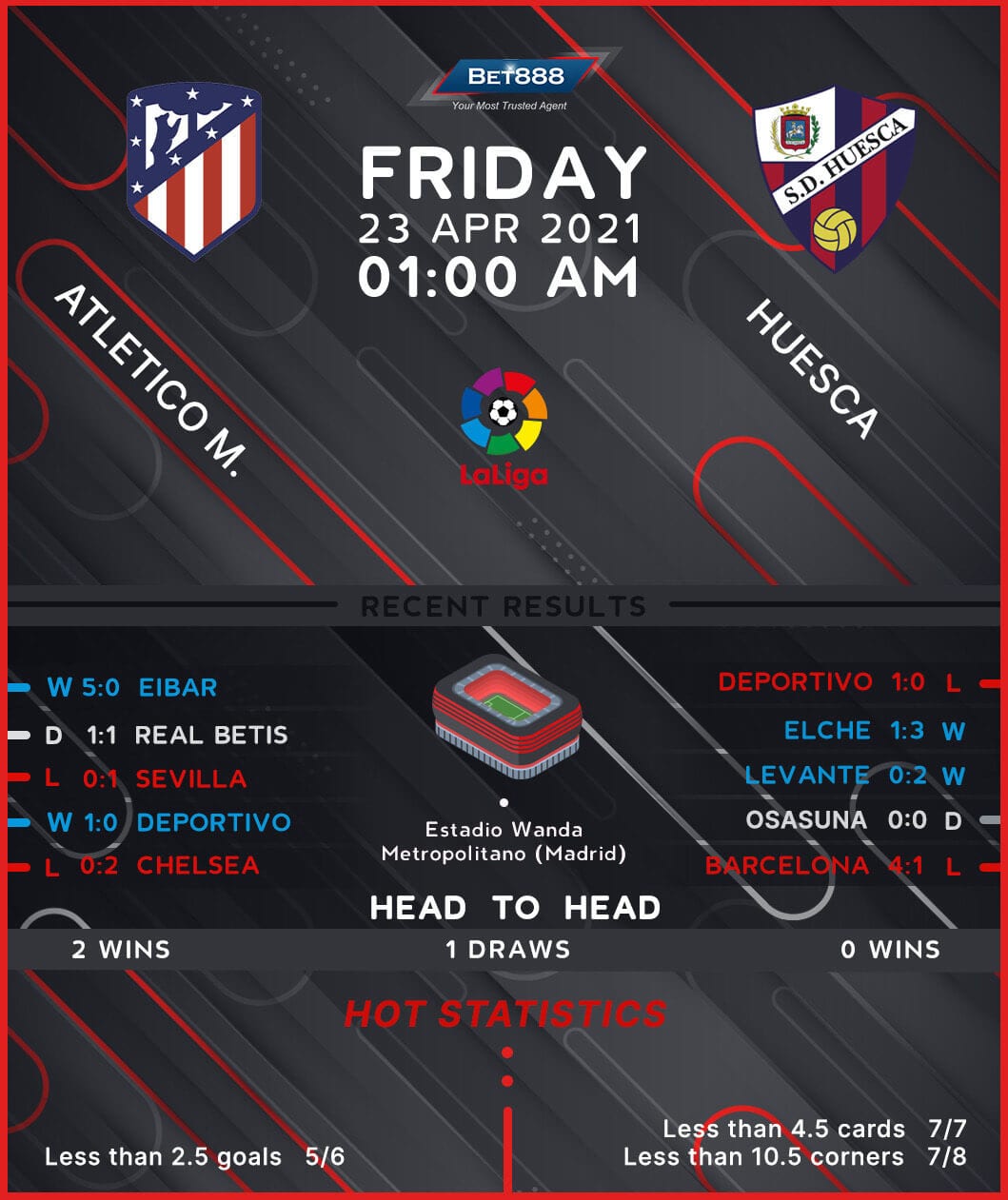