Atletico Madrid will be looking to leapfrog Barcelona to fourth in the La Liga standings when they take on dead-last Levante at the Estadio Wanda Metropolitano.

Atletico Madrid came out on top of a topsy-turvy La Liga home meeting with Getafe at the weekend, coming from a 3-2 deficit to eke out a 4-3 triumph, bouncing back from a dismal 4-2 defeat to Barcelona in the process. However, speculation of dressing room unrest is unlikely to boost Atletico’s hopes of stringing together two La Liga victories for the first time since late November. On the bright side, though, Diego Simeone’s men have won each of their last three home league matches despite trailing at some point on two of those occasions. And while Simeone carries a reputation as a ‘park-the-bus’ manager, Atletico’s defensive woes have been brutally exposed of late, with ‘Los Colchoneros’ conceding 2+ goals in each of their last nine La Liga fixtures.

In the meantime, Levante’s hopes of staging a miraculous second-half-of-the-season comeback as part of their bid to avoid La Liga relegation come May suffered another setback at the weekend. A thumping 4-2 home defeat at the hands of Real Betis took Levante’s losing streak to three La Liga matches, leaving them at a single top-flight triumph this season (D8, L14). Sitting a whopping 13 points adrift of safety, the ‘Granotes’ look to be sinking without a trace, especially after losing nine of their 11 away league games this term (D2). A genuine absence of defensive stability has seen Alessio Lisci’s side concede a staggering 29 La Liga goals on the road this season, at least five more than any other side in the competition. They are unlikely to improve that record here, having won just one of their last 15 away league meetings with Atletico (D1, L13). 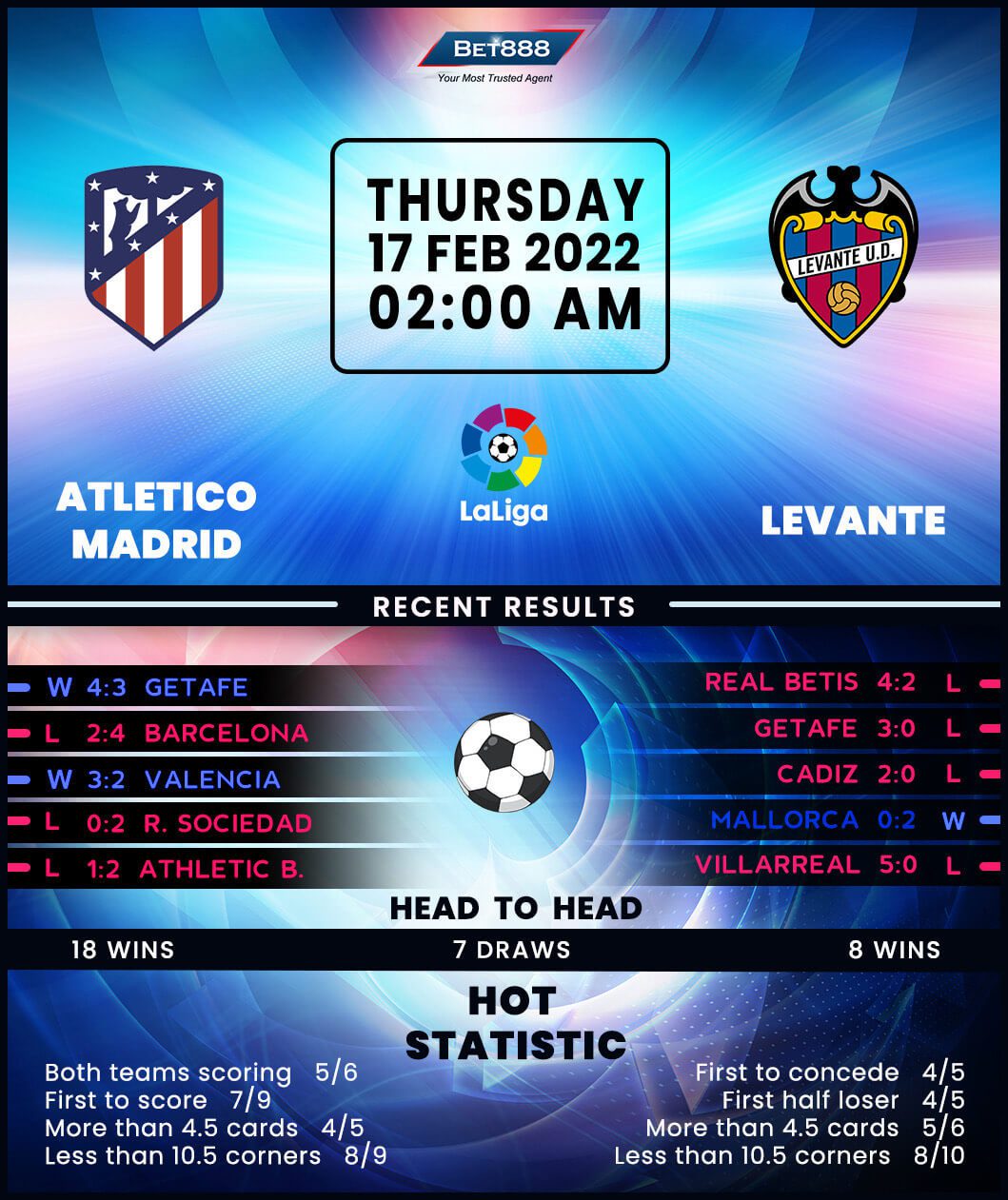