Augsburg have gained an average of one point per match this Bundesliga season and they head into proceedings level on points with 16th-placed Arminia Bielefeld. Yet, Augsburg’s seasonal points average backs their claim to ensure top-flight survival as no side to have amassed at least 34 points has suffered relegation since 2016/17. However, the ‘Fuggerstädter’ cannot rely much on their home league form this season, as their Bundesliga record at the WWK Arena reads indifferently (W4, D4, L4), with three draws from their last five home outings (W1, L1). Another stalemate could even be considered a success, based on the fact Augsburg have lost three successive Bundesliga H2Hs as hosts by an aggregate scoreline of 7-3. One thing’s certain, Markus Weinzierl’s men won’t throw in the towel even if they concede first, having gone unbeaten in 50% of home league matches when falling behind this term.

On the other hand, Wolfsburg’s underwhelming Bundesliga campaign took another hit on the cusp of March’s international break as they fell to a disheartening 2-0 home loss to Bayer Leverkusen, making it three defeats from five Bundesliga matches (W1, D1). Since the beginning of November, ‘Die Wolfe’ have picked up just one win from their eight top-flight road trips (D2, L5), conceding 2+ goals on six occasions! Although Wolfsburg’s rock-solid defence proved essential to their last season’s top-four finish, a lack of the same attitude has seen Florian Kohfeldt’s men let in an average of 1.53 goals per away league game this term. Particularly vulnerable beyond half-time, the visitors have registered a clear majority (65%) of their away Bundesliga goals conceded this season in the second half of play (15/23). 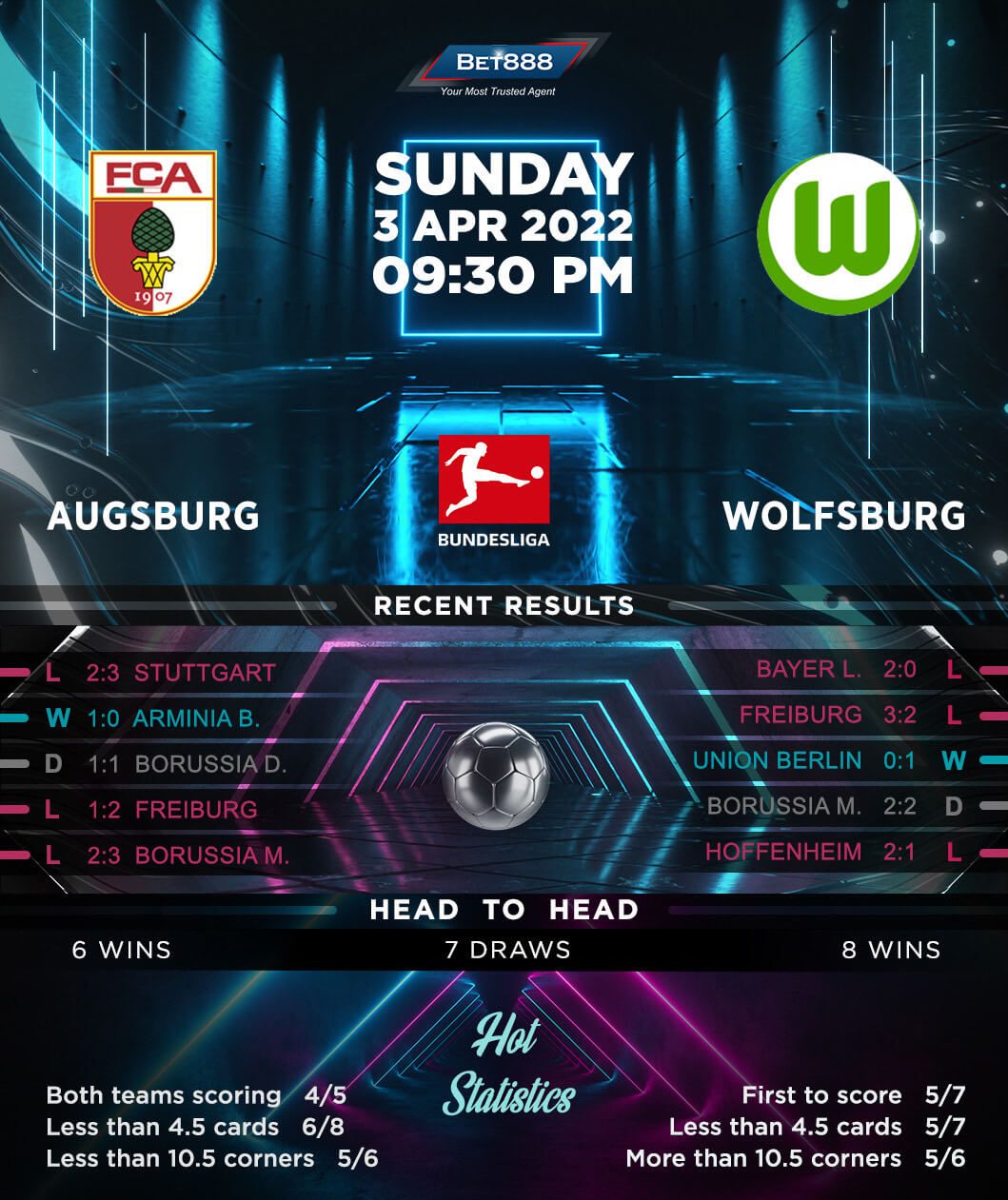