Euro 2020 Group C gets underway this weekend as Austria and North Macedonia go head-to-head at the Arena Nationala in Bucharest.

Austria are taking part in their third European Championship finals, though they have qualified for the final tournament through the qualification process for the second time. Disturbingly, though, ‘Das Team’ lament a terrible record at the Euro finals, as they remain the only team to contest six or more matches in the competition without ever claiming a win (D2, L4). Moreover, the Austrians have scored just twice at the European Championship tournament, with one of those two strikes coming from the spot. Bringing Austria’s World Cup record into the equation, they have failed to win 14 of their last 15 matches at major tournaments (D5, L9). However, Franco Foda’s men have outscored North Macedonia in both of their only previous meetings by an aggregate scoreline of 6-2.

On the other hand, North Macedonia became the 35th different nation to qualify for the European Championship finals, achieving that milestone via the UEFA Nations League play-offs. Indeed, the Macedonians squeezed past Georgia 1-0 in the play-off showpiece. Meanwhile, the ‘Lynxes’ completed the Euro 2020 qualifying with the joint-lowest average of 1.25 scored goals per game, netting 2+ goals only three times in their nine qualifying outings. Against this low-scoring backdrop, Igor Angelovski’s men have avoided defeat in five of their six international games since the turn of 2021 (W4, D1), scoring two or more goals on five occasions in the process. Going back to a 1-0 away reverse to Poland in the Euro 2020 qualifying campaign, North Macedonia have failed to get on the scoresheet only once in their subsequent 16 international fixtures. 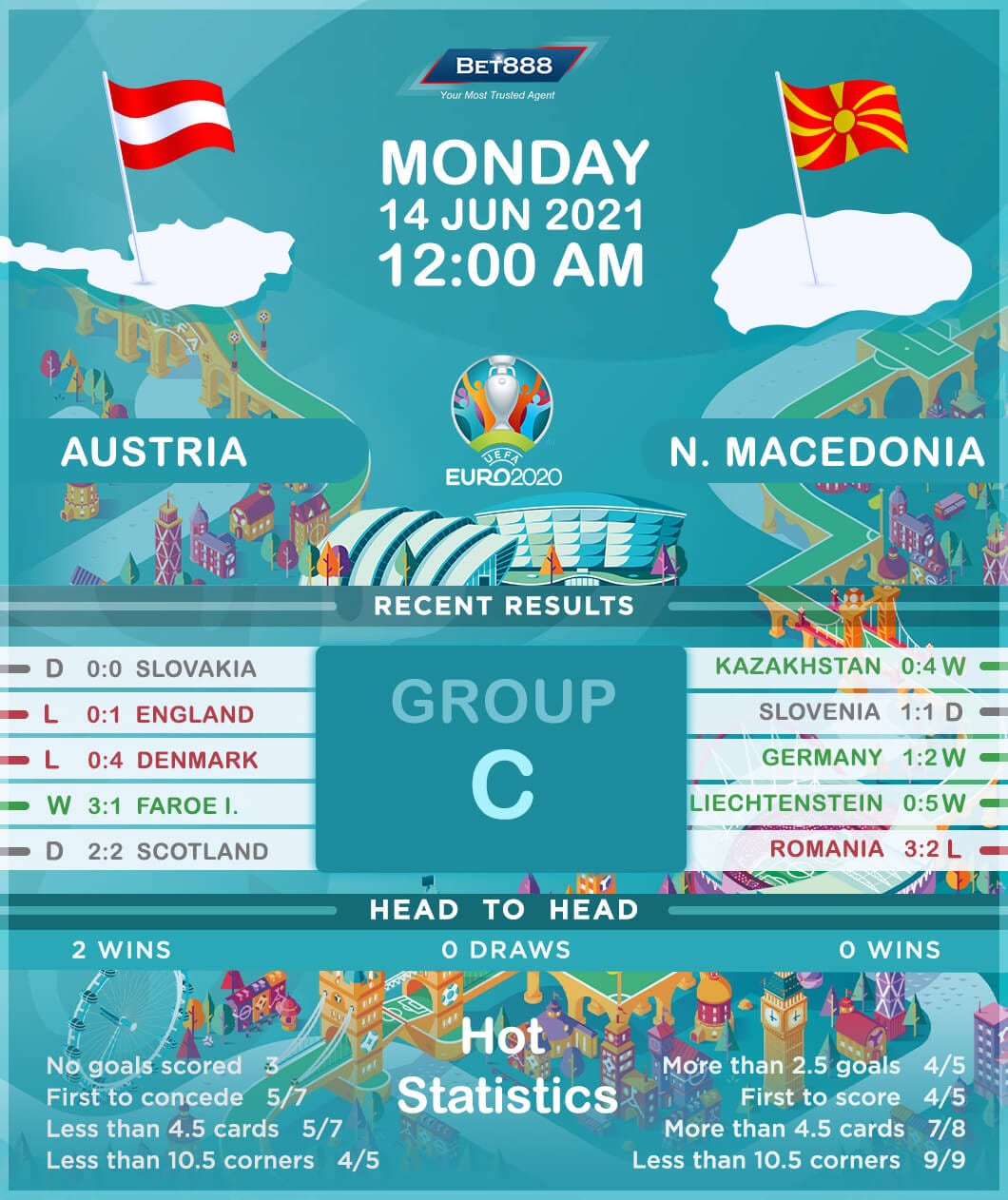