Since a clear-cut 2-0 win over Samut Prakan City at the beginning of February, Bangkok United have gone winless in their last four Thai League 1 games in a row (D3, L1), failing to get on the scoresheet twice in that period. The hosts have every reason to hope for an improvement here, as they will take the field as the only side in Thai’s top division yet to lose a league match at home this season (W6, D4). Much of the credit for Bangkok’s impressive home form has to be pinned on a water-tight defence that has conceded a league second-low six home goals this term. That said, the ‘Bangkok Angels’ have shipped 2+ goals in each of their last four top-flight meetings with Pathum United at home, but they still won three of those match-ups (L1).

In the meantime, Pathum United’s 2-0 home victory over relegation-threatened Suphanburi last time out means the visitors have alternated between wins (3) and draws (3) across their previous six Thai League 1 outings. But despite coming into this matchday unbeaten in all 12 competitive matches this calendar year (W6, D6 – 90mins only), the ‘Rabbits’ have only won once in their last nine top-flight road trips (D6, L2), scoring under 1.5 goals five times in that sequence. Interestingly, Pathum’s last two competitive away fixtures have both featured under 2.5 total goals after their previous five road matches in all competitions each produced 3+ FT goals. Any hope of winning here will largely depend on Pathum’s strong start as they’ve failed to win any of their three away league games in which they conceded first this season (D2, L1). 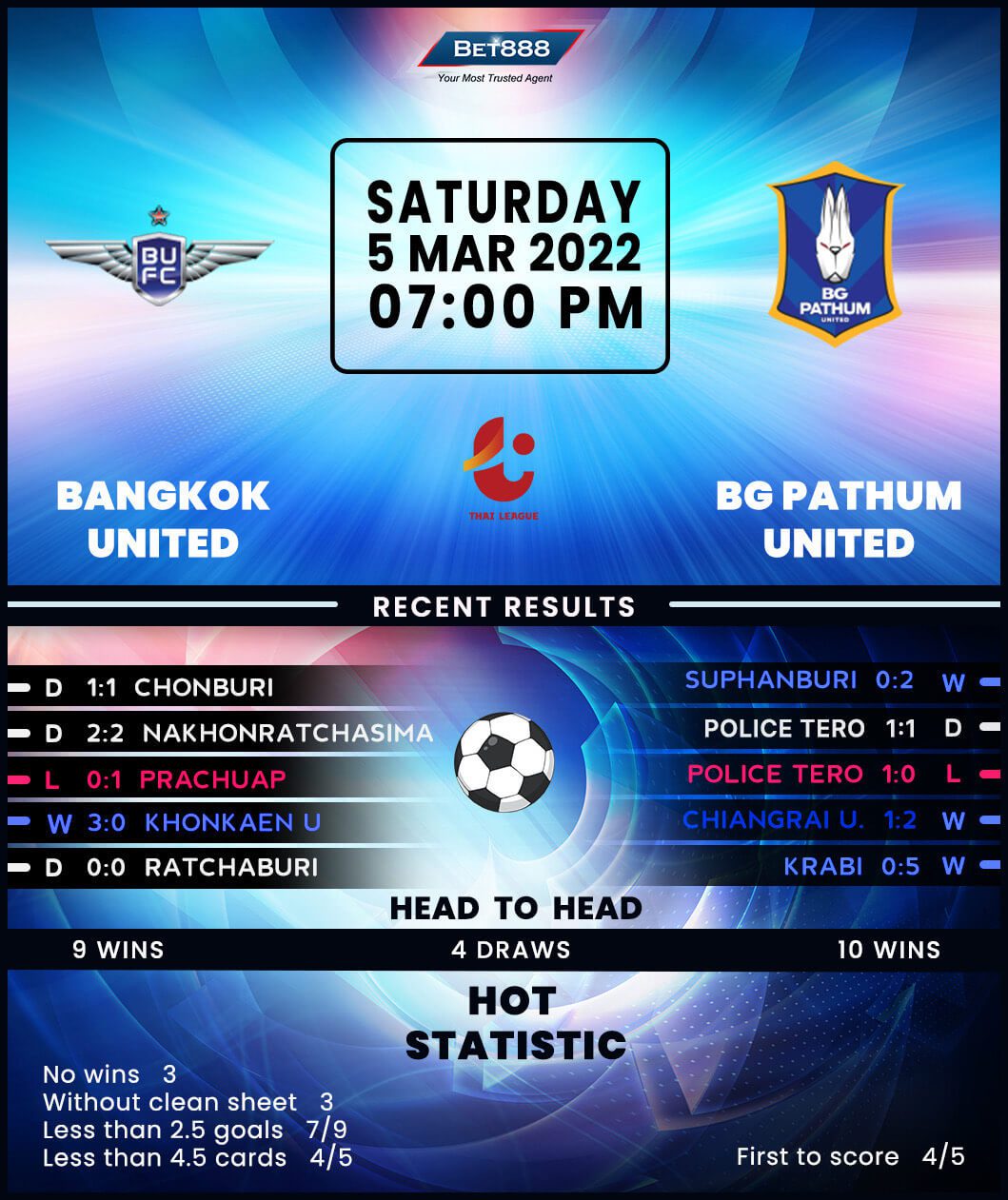