One of the most highly anticipated fixtures on the La Liga football schedule pits Barcelona against Atletico Madrid in a top-five six-pointer at Camp Nou.

A hard-earned 1-0 win at relegation-battling Deportivo Alaves on the stroke of January’s international break brought Barcelona’s three-game winless run in competitive action to a halt (D3 – 90 mins only). As for their La Liga exploits, Xavi’s men are unbeaten in their last six matches (W3, D3) and are one win/draw away from making their longest undefeated streak this top-flight campaign. That could be hard to achieve, with the ‘Blaugrana’ going three consecutive La Liga meetings with Atletico Madrid without scoring (D1, L2), including a 2-0 defeat in the reverse fixture in October. By contrast, Barca had gone 20 top-flight H2Hs without defeat (W14, D6) before that three-game run, handing the Camp Nou outfit a reason for optimism in these tumultuous times. The January acquisitions of Wolves’ speed demon Adama Traore and former Arsenal captain Pierre-Emerick Aubameyang will also boost spirits in Catalonia.

In the meantime, Atletico Madrid performed a jaw-dropping second-half comeback to beat Valencia 3-2 last time out despite trailing 2-0 at half-time, making it three successive La Liga outings without defeat (W2, D1). But despite Diego Simeone’s reputation as the ‘park-the-bus’ manager, ‘Los Colchoneros’ have failed to keep a clean sheet in any of their 11 away league games this season. Additionally, the defending Spanish champions are enduring a four-game winless La Liga streak on the road (D1, L3), letting in precisely two goals in each of those four fixtures. Home and away, they’ve conceded 26 goals after 21 La Liga matches this term, their worst defensive record at this stage of the season since 2011/12 (27). On that basis, Atletico’s hopes of ending a 15-game winless run at Camp Nou in top-flight football (D5, L10) appear to be far-fetched. 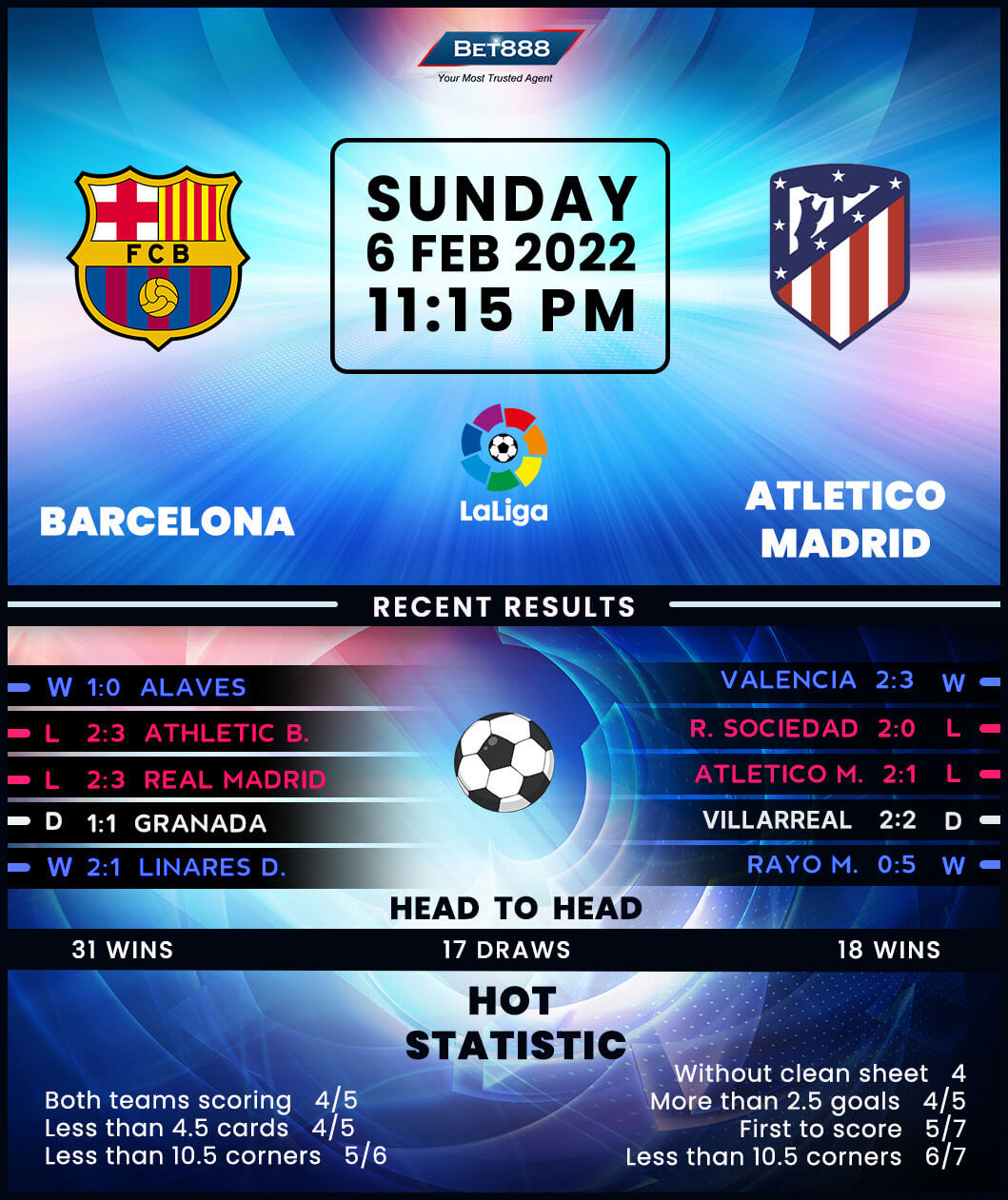