Camp Nou is the venue as second-placed Barcelona take on mid-table Celta Vigo in an intriguing La Liga showdown.

Barcelona will show up in a confident mood after Jordi Alba’s last-gasp stunner fired them to a 2-1 win at Real Betis last time out and straight into next season’s Champions League group stages. Though none of Barcelona’s 12 previous La Liga fixtures have ended as a draw (W10, L2), their most recent league games have been noticeably tight. Indeed, their last seven results (win/loss) in the competition have yielded a single-goal margin. Worryingly, though, Xavi’s men have suffered defeats in two of their last three La Liga home outings, taking their seasonal tally to four reverses at Camp Nou – their worst such record in the competition since 1987/88. Another tricky affair could be in store as the ‘Blaugrana’ have racked up just three wins across their last nine La Liga meetings with Celta (D4, L2).

On the other hand, Celta’s indifferent five-game La Liga form (W2, D1, L2) cannot offer much encouragement to the travelling fans, yet a 4-0 thrashing of Deportivo Alaves at the weekend looks promising. Fresh from pulling off their heaviest win of the season, Celta will be looking to win back-to-back La Liga matches at Camp Nou for the first time in their history, following a 2-1 victory in this exact fixture last season. That’s easier said than done, as ‘Los Celestes’ have picked up just one win in their eight previous away league games (D3, L4), failing to get on the scoresheet in five of them. With their last six La Liga outings on the road featuring under 2.5 goals, a low-scoring affair could be the order of the day. 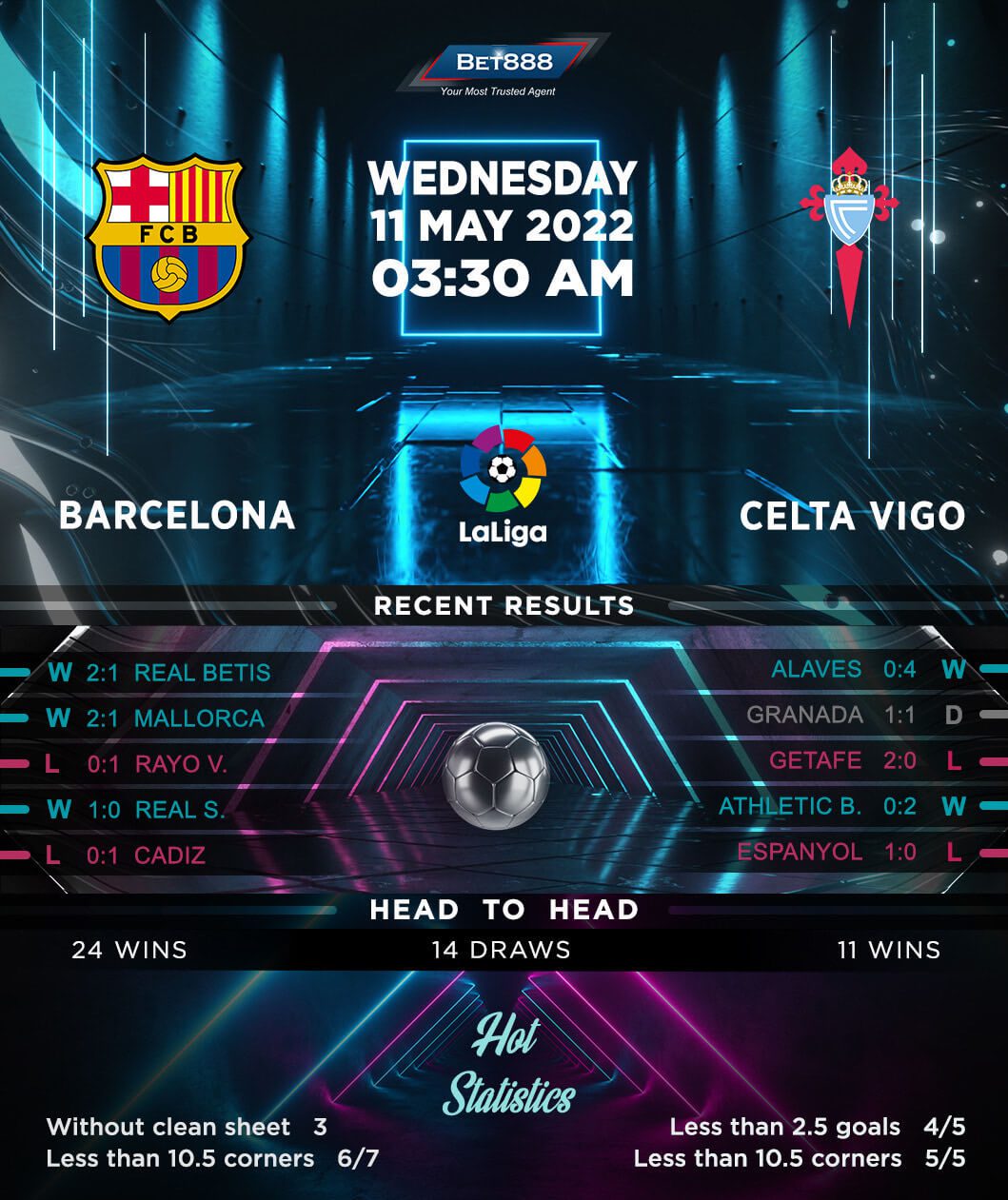