Camp Nou comes under the spotlight again as Barcelona play host to Granada in a must-win La Liga fixture.

Barcelona fell to a humiliating 3-0 home defeat to Bayern Munich in their Champions League opener without attempting a single shot on target as Ronald Koeman comes under heavy scrutiny. Under-fire Dutchman will be keen to oversee his side bounce back and keep their unbeaten three-game La Liga start going (W2, D1). The ‘Blaugrana’ have been relentless at Camp Nou in La Liga so far this season, netting precisely two first-half goals in both victories over Real Sociedad and Getafe. Before losing this exact fixture 2-1 last season, Barcelona had boasted a 100% top-flight H2H record on home soil (24/24), which might inspire the Catalans to return to winning ways. Worryingly, though, the hosts have lost two of their last four La Liga H2Hs (W2), which is as many defeats as they suffered in their previous 27 meetings in the competition.

In the meantime, it looks like Granada would be happy with a draw here, let alone a triumph, following a disastrous start to the season. The visitors have gone from back-to-back draws in the opening two La Liga fixtures to two consecutive defeats, extending their winless league streak to nine (D3, L6). Off to their joint-worst top-flight start in the 21st century, the ‘Nazaries’ have gone winless in four straight La Liga road trips since beating Barcelona at Camp Nou in late April (D1, L3), conceding precisely four goals in two of their last three league travels. By extension, Granada have secured just two wins in their last 15 La Liga matches away from home (D3, L10), letting in 2+ goals in 12 of those 15 games. But there could still be a piece of history for the traveling side here, as they could beat Barcelona in back-to-back top-flight H2Hs for the first time ever. 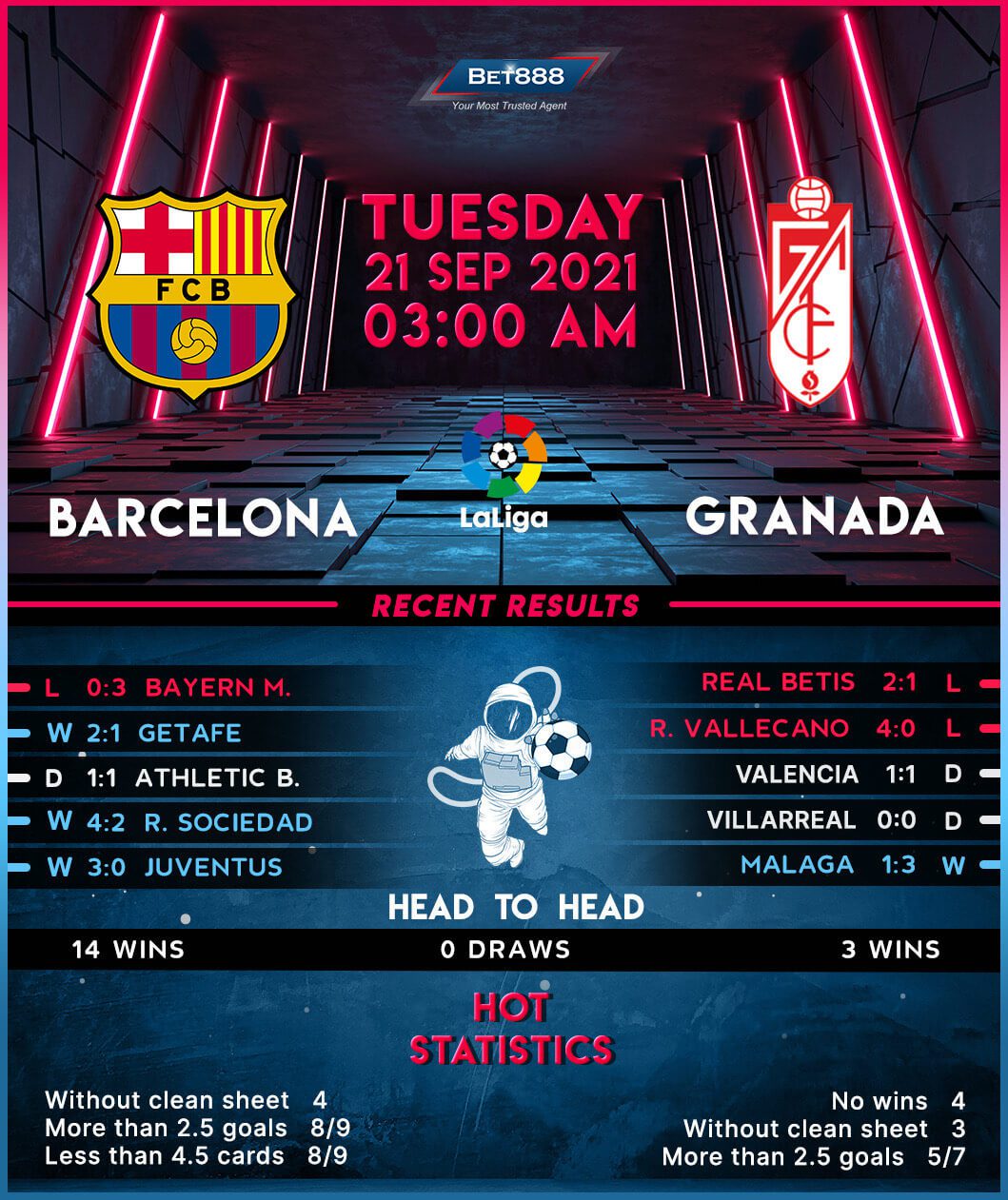