Barcelona will be desperate to return to winning ways in La Liga and solidify their position in a top-four run-in when they take on relegation fighters Mallorca at Camp Nou.

Despite Barcelona’s noticeable improvement under Xavi Hernandez, Camp Nou has seemingly lost its reputation as a stronghold. After losing three consecutive home matches in all competitions for the first time since 1999, the Catalans could suffer four successive home defeats for the first time in the club’s history. Keen to avoid setting an unwanted record, Barcelona will turn to their impressive eight-game winning H2H streak in La Liga for inspiration. Moreover, the ‘Blaugrana’ have racked up nine wins in their 11 previous top-flight meetings with Mallorca at Camp Nou (D1, L1), netting precisely five goals in the last three in a row (W3). A lack of conversion has troubled Xavi’s side of late, with just one goal scored from their last 46 attempts in La Liga.

In the meantime, Mallorca have alternated between victories (2) and defeats (2) in their last four La Liga outings, with three of those results (win/loss) yielding a narrow 1-0 goal margin. Given Javier Aguirre’s reputation as a ‘park-the-bus’ manager, it comes as no surprise that three of Mallorca’s last four league matches have featured the identical 1-0 scoreline (W2, L3). Coming into this round, ‘Los Piratas’ have lost seven consecutive La Liga matches on the road, failing to get on the scoresheet in five of them, including the last three on the trot. Given Mallorca’s well-documented scoring woes, conceding first would spell trouble for the visitors, who have suffered 12 defeats in 13 La Liga away matches in which they shipped the opener this season (W1). 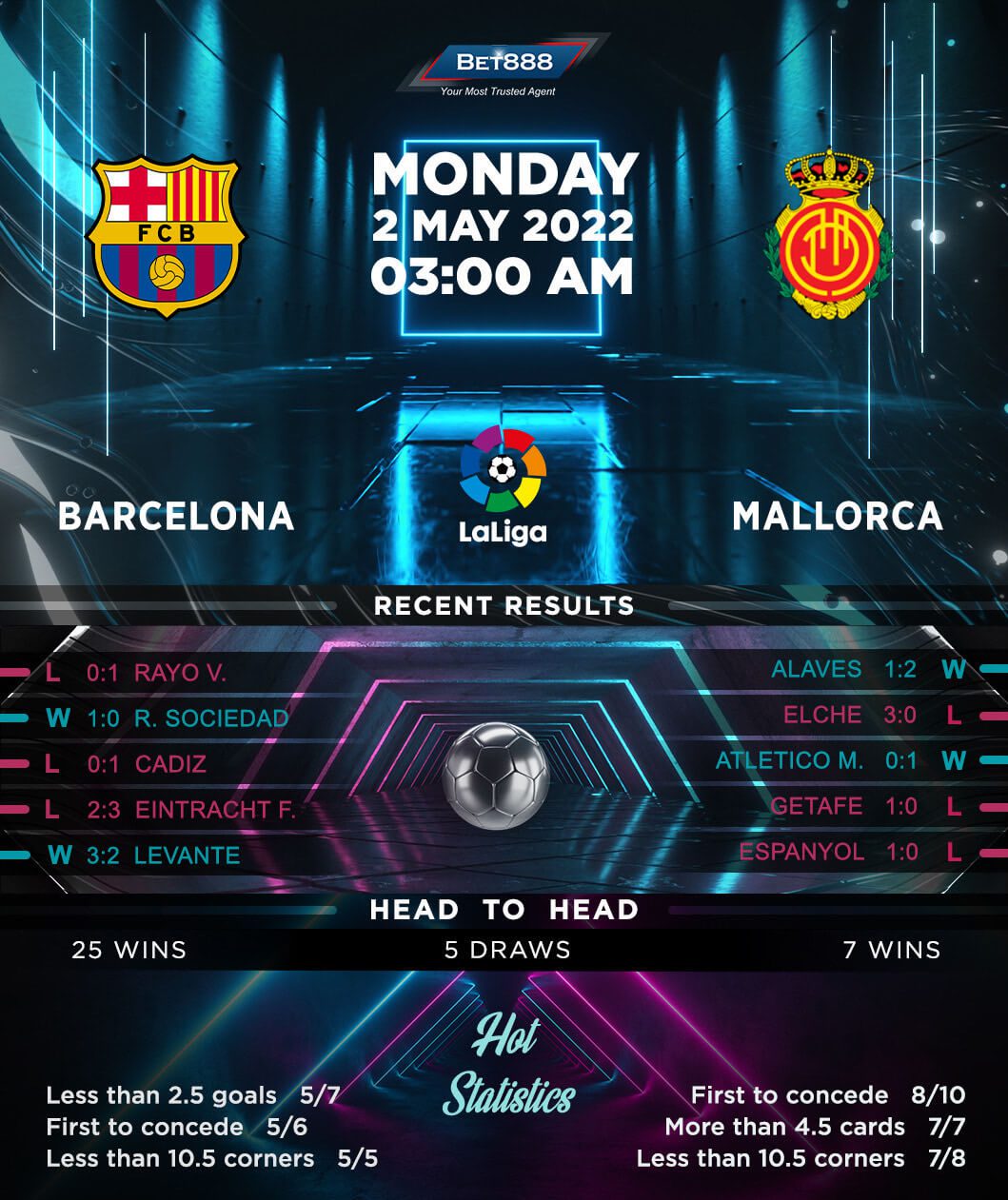