Heavily reinforced Barcelona are set to lock horns with Rayo Vallecano in their opening 2022/23 La Liga fixture at Camp Nou.

After a rare trophyless season, Barcelona president Joan Laporta has broken the bank to recruit a host of top-class signings, including Robert Lewandowski, Franck Kessie, Jules Kounde, and Raphinha. A raft of high-profile additions should bolster Barca’s bid to arrest a three-season wait for the La Liga title as Xavi Hernandez looks to finish what he started with an eye-catching 15-match unbeaten league streak between December and April. A runner-up finish in 2021/22 puts the ‘Blaugrana’ under mounting scrutiny as they aim to end a two-game winless La Liga streak (D1, L1) from the tail-end of last season. Both those fixtures saw them fail to get on the scoresheet, meaning another scoring blank in this one would see them go three consecutive La Liga matches without scoring for the first time since 2003.

Meanwhile, Rayo Vallecano claimed a narrow 1-0 victory on their most recent visit to Camp Nou after losing seven consecutive top-flight H2Hs here beforehand. Despite figuring for the European spots for most of last season, Andoni Iraola’s men eventually had to settle for a 12th-place finish, mainly due to an abysmal run of five winless La Liga games down the final stretch of last season (D2, L3). Yet, ‘Los Franjirrojos’ have picked up two victories from their last four away league matches (D1, L1), which is twice as many as in their previous 24 top-flight travels prior to this sequence (W1, D4, L19). Much of Vallecano’s road trouble emanated from a lacklustre attack that netted a measly 13 La Liga goals away from home last season. 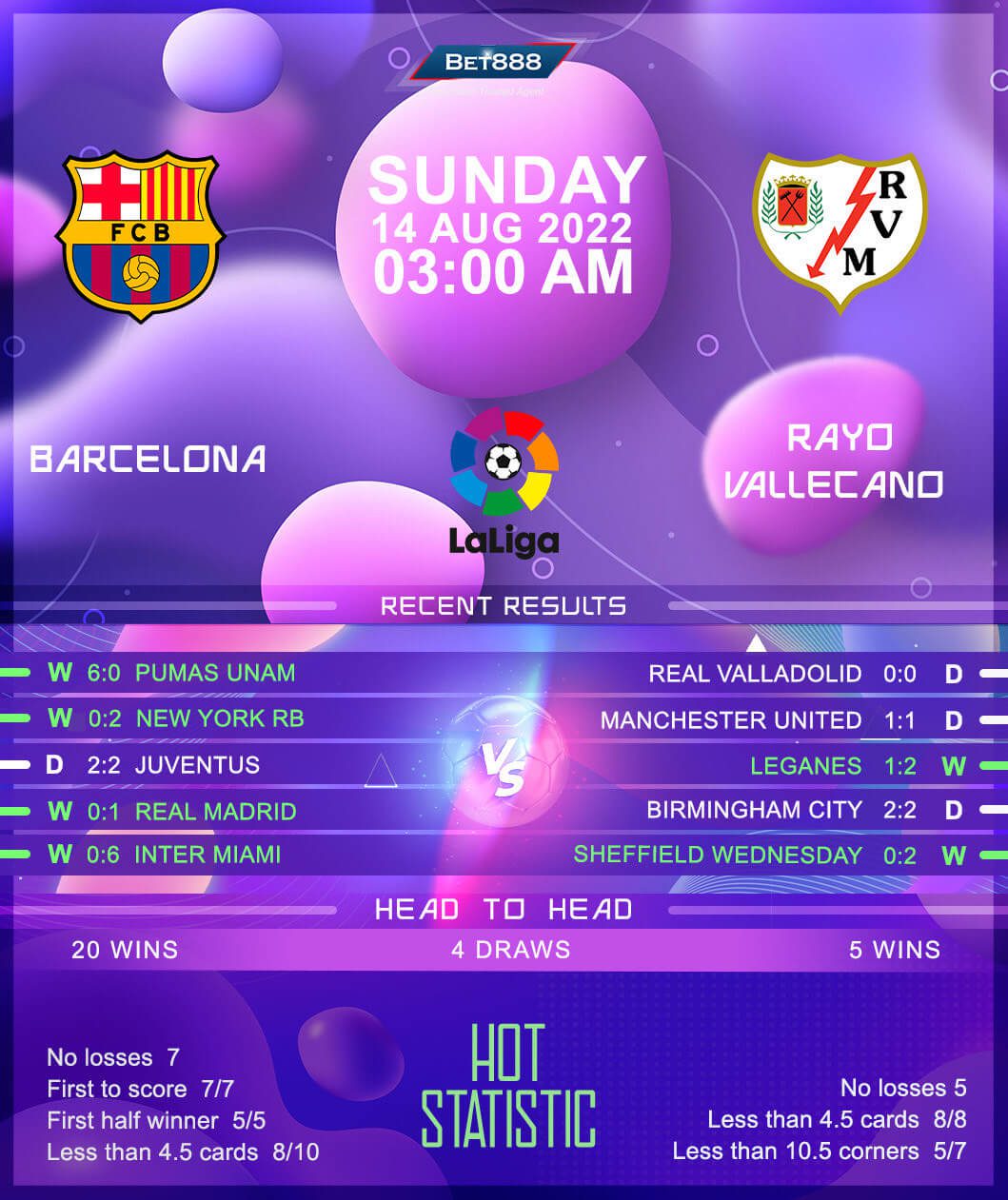