Velez Sarsfield will be looking to defend a narrow 1-0 first-leg advantage when they take on Barcelona SC at the Estadio Banco Pichincha in the return leg of their Copa Libertadores qualifying tie.

Barcelona’s 3-0 home triumph over domestic rivals Macara last time out ended a run of three consecutive competitive games without winning (D1, L2), a sequence that saw the ‘Idolo del Ecuador’ draw a blank in both defeats. Notably, the hosts have not lost any of their 11 home matches in all competitions since the calendar flipped to 2021 (W9, D2), netting 2+ goals on 81.82% of those occasions. Additionally, they have won all three Copa Libertadores fixtures on home turf this calendar year, returning a +7 goal difference from that spread of games (GF:8, GA:1). The clean-sheet theme has highlighted Barcelona’s recent competitive matches, with ten of their last 12 outings across all competitions seeing one or both sides fail to get on the scoresheet.

On the other hand, since going down 3-1 to LDU Quito in a Copa Libertadores showdown back in late April, the visitors have gone unbeaten in their subsequent nine competitive matches if considered just 90 minutes of play (W6, D3). Low scoring has been a common theme in Velez’s recent fixtures, as four of their last five games in all competitions saw one or both teams fail to score in matches garnering under 1.5 total goals. Yet, ‘El Fortín’ have experienced mixed fortunes across their three Copa Libertadores away contests this calendar year (W1, D1, L1), with both games won/lost in that span yielding a full-time margin of 2+ goals. Encouragingly, Mauricio Pellegrino’s men have scored over 1.5 goals in three of their last five competitive road trips. 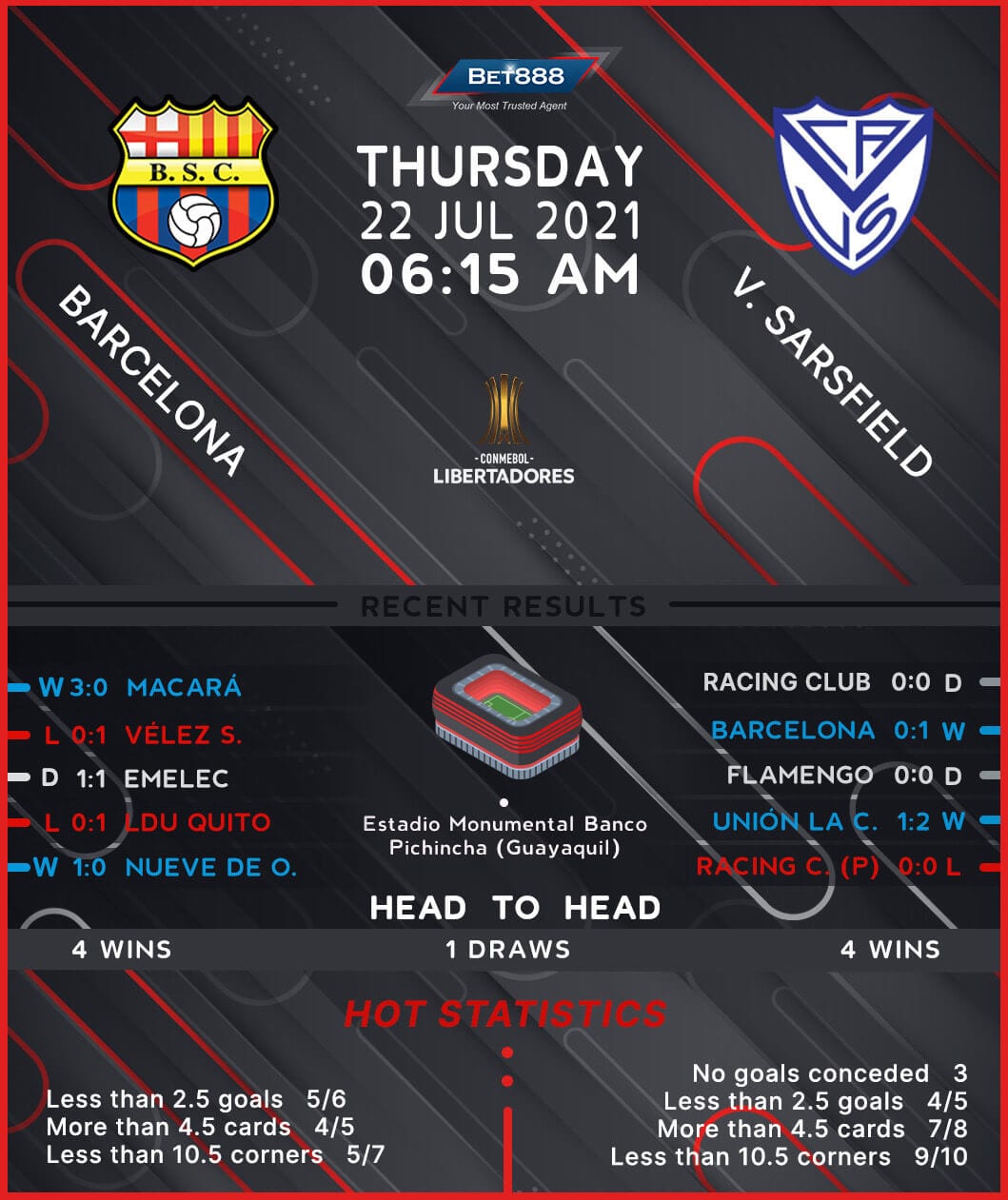