BayArena is the venue as Bayer Leverkusen and Bayern Munich go head-to-head in a Bundesliga top-table six-pointer.

High-flying Leverkusen won five consecutive matches in all competitions, including the last two via an eye-catching 4-0 scoreline, before the international break stood in their way. In the Bundesliga alone, ‘Die Werkself’ have racked up a three-game winning streak since a 4-3 home defeat to Borussia Dortmund in mid-September, with a mere goal difference separating them from top-placed Bayern Munich ahead of the kick-off. After finding the net in every Bundesliga home outing since the start of February (W6, D2, L3), Leverkusen will be confident of troubling Bayern’s defense here, especially early on. In addition to breaking the deadlock in six of their seven top-flight fixtures this season (same as their opposition), the hosts have yet to trail at half-time this Bundesliga campaign.

In the meantime, Bayern Munich slumped to a shocking 2-1 home loss to Eintracht Frankfurt last time out, which was their first Bundesliga defeat under new manager Julian Nagelsmann (W5, D1). As a result, they face the risk of losing back-to-back top-flight matches for the first time since December 2019. Despite adding highly-rated defender Dayot Upamecano to their ranks in the summer, the perennial German champions have kept just one clean sheet in their last nine Bundesliga outings. However, the ‘Bavarians’ have won both previous league road trips by 3+ goals ‘to one,’ highlighting the potential for another landslide victory here. That prospect looks quite probable, as they’ve won four of their last five competitive meetings with Leverkusen away from home (L1). What’s more, they’ve scored in a record-breaking 37 straight Bundesliga fixtures! 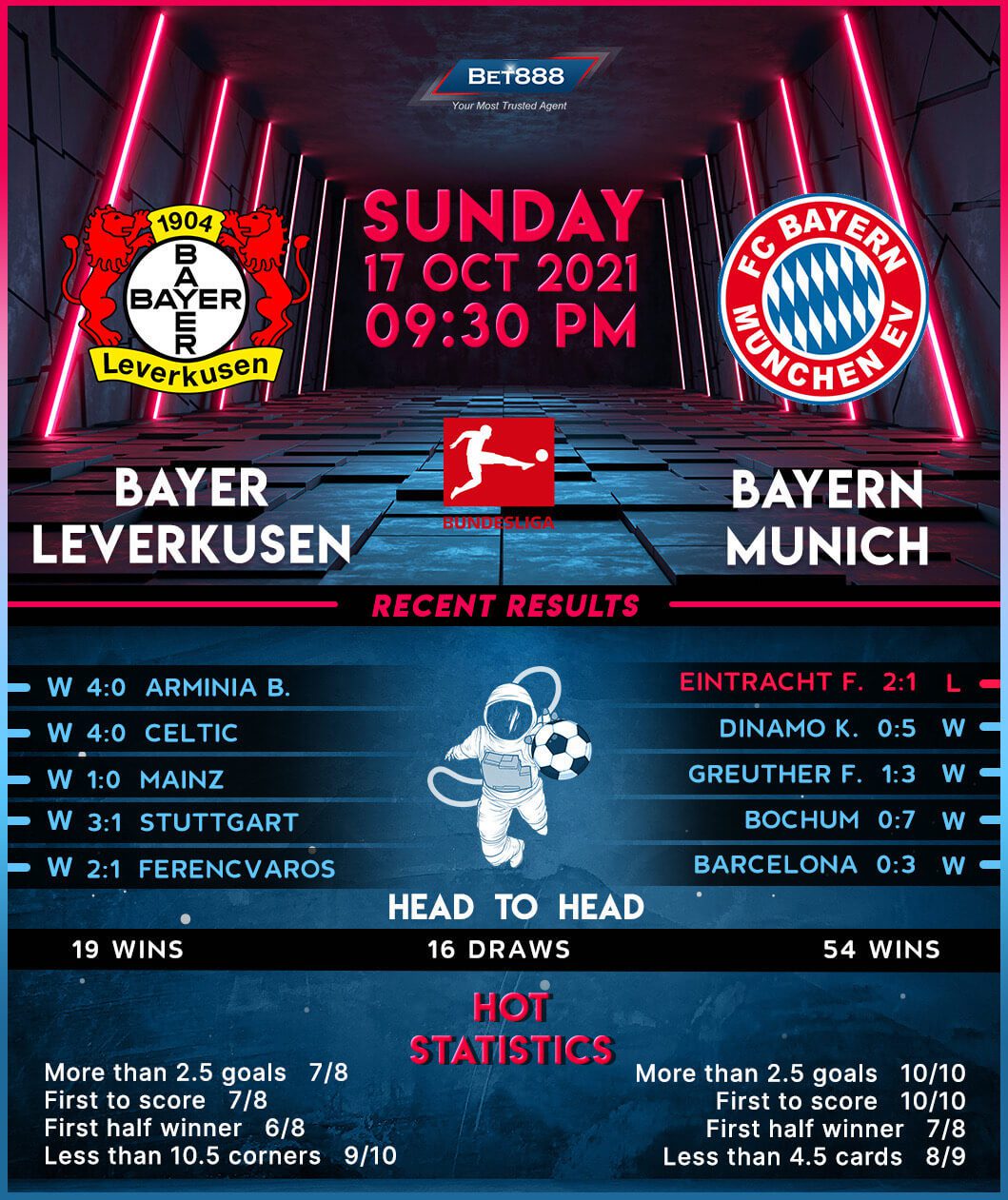