Bayern Munich will be looking to get their stuttering Bundesliga title defence back on track against mid-table Union Berlin at the Allianz Arena.

A brace of 1-1 draws with TSG Hoffenheim and Bayer Leverkusen in Bayern Munich’s last two Bundesliga outings have reignited the title race in Germany’s top-flight. Seeking a record-extending tenth Bundesliga crown in a row, the ‘Bavarians’ will take a field holding a four-point lead on second-placed Borussia Dortmund. Julian Naglesmann’s men have a point to prove this weekend, and they can draw inspiration from their stellar home season. Indeed, only ‘Die Borussen’ (85%) boast a higher win rate in home fixtures than Bayen (77%) this Bundesliga campaign. The reigning champions have racked up ten wins from their 13 home league outings this term (D1, L2), but their home form since the calendar year flipped to 2022 reads indifferently (W2, D1, L1). With no defeat from their five all-time top-flight H2Hs (W3, D2), Bayern could improve that record here.

In the meantime, Union Berlin’s hopes of landing back-to-back European finishes for the first time in the club’s history are up in the air as they sit six points adrift of sixth-placed Hoffenheim. Urs Fischer’s team head into proceedings in the midst of a rough patch after losing each of their last three away league matches without scoring. Yet, after getting on the scoresheet in both previous visits to the Allianz Arena, Union should feel comfortable about their scoring prospects. However, Berlin’s defensive woes remain a reason for concern, as they have only kept one clean sheet across their 13 Bundesliga travels this season. Conceding first could put this fixture beyond Union’s reach, given that they’ve only won one of nine Bundesliga away games in which they shipped the opener this term (D2, L6). 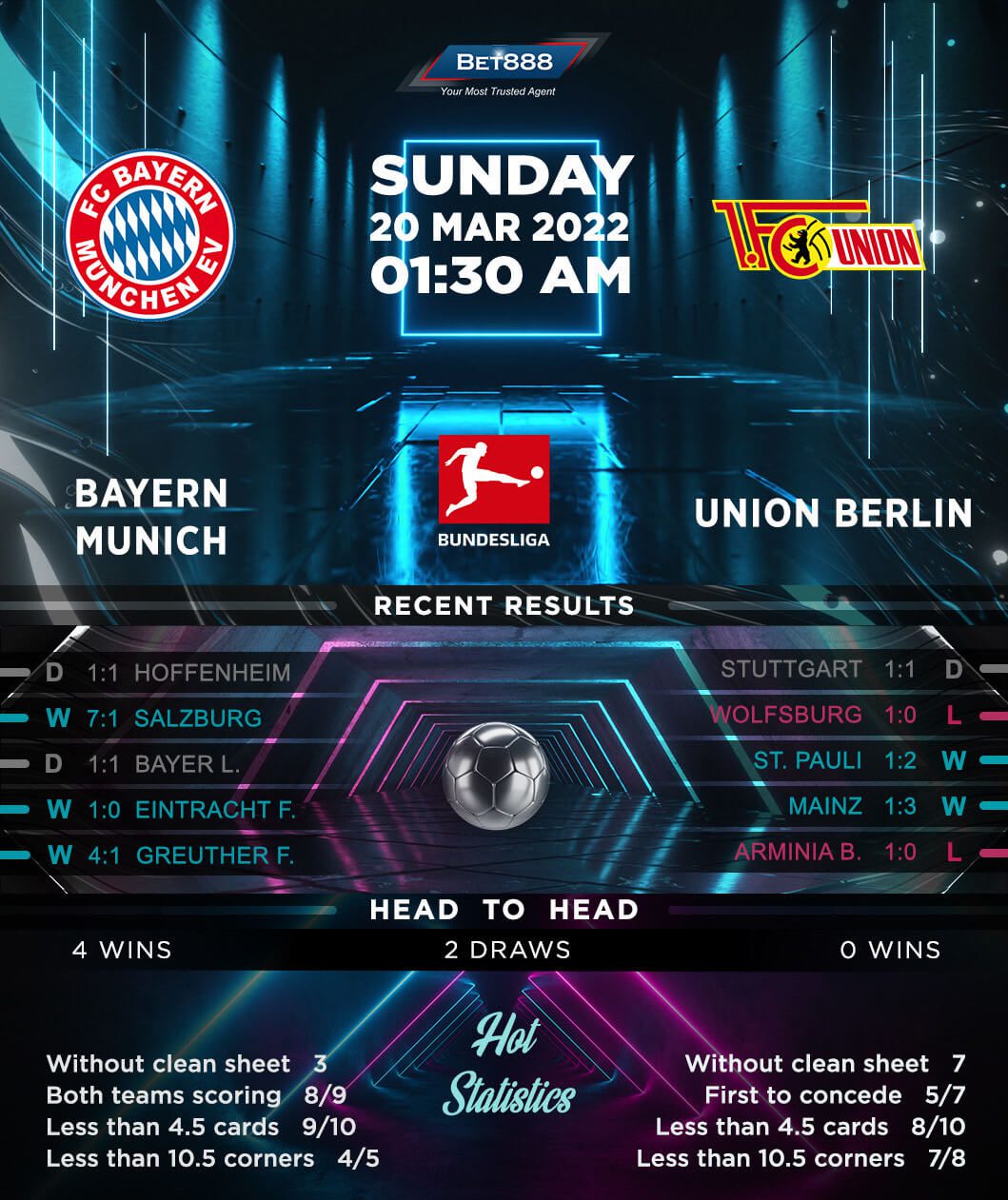