Beijing Guoan have gone from strength to strength since a shocking 2-1 home defeat to Cangzhou Mighty Lions on Matchday 1, putting together five league matches without losing (W3, D2). But a lack of consistency has seen them alternate between victories (2) and draws (2) across their last four league outings. Beijing’s top-flight games this season have been notably tight, as five out of six have featured a full-time margin of under 1.5 goals. Another similar affair could be on the cards, given that the ‘Imperial Guards’ have won both previous competitive H2Hs by a single-goal margin. That includes a ‘goal-friendly’ 3-2 victory in the reverse fixture on Matchday 2.

In the meantime, Chengdu Rongcheng have yet to pick up a single win in the early 2022 Chinese Super League season (D4, L2). But despite drawing their last four league games, the visitors come into this round one point clear of the relegation zone. A low-scoring theme highlighted that four-game sequence, with three of those matches containing under 2.5 total goals. On top of that, none of Chengdu’s three top-flight travels this season have produced more than two goals (D2, L1). That’s mainly thanks to Chengdu’s scoring woes that have seen them notch up just a single away goal to date. 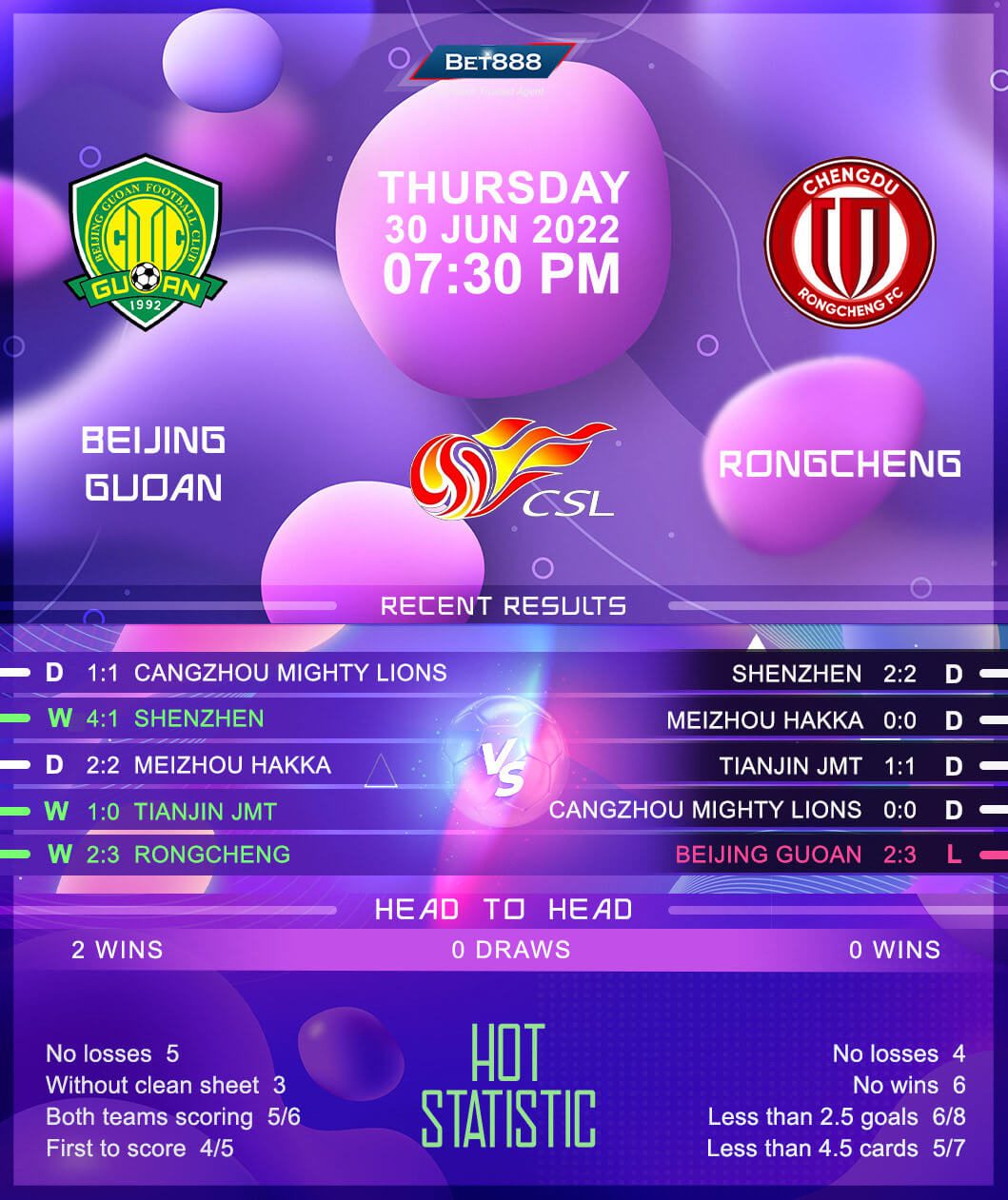