It’s been a mixed start to the season for Beijing Guoan. After slipping to a 2-1 home defeat to Cangzhou in their 2022/23 Chinese Super League curtain-raiser, they’ve gone unbeaten in three league outings (W2, D1). Yet, an action-packed 2-2 draw away to Meizhou Hakka last time out hindered Beijing’s run of back-to-back league wins. Since each of their four top-flight fixtures this season yielded a full-time margin of under 1.5 goals, the Workers’ Stadium crowd could be in for another tight affair. Adding to this sentiment, Beijing’s last three Chinese Super League meetings with Shenzhen have ended separating the sides by under 1.5 goals (W1, D2).

On the other hand, Shenzhen’s new league season has been off to a flying start. Except for a 2-1 home defeat to Meizhou Hakka on Matchday 3, the visitors have won their three remaining Chinese Super League matches by an aggregate score of 5-1. Shenzen’s solitary away game this term yielded a 2-1 victory over Tianjin Jinmen Tiger, maintaining their 100% win ratio in top-flight away fixtures in 2022 (W2). However, the ‘Youth Army’ are staring into the face of adversity. They’ve won none of their last three league visits to Beijing (D1, L2), conceding 2+ goals on each occasion. 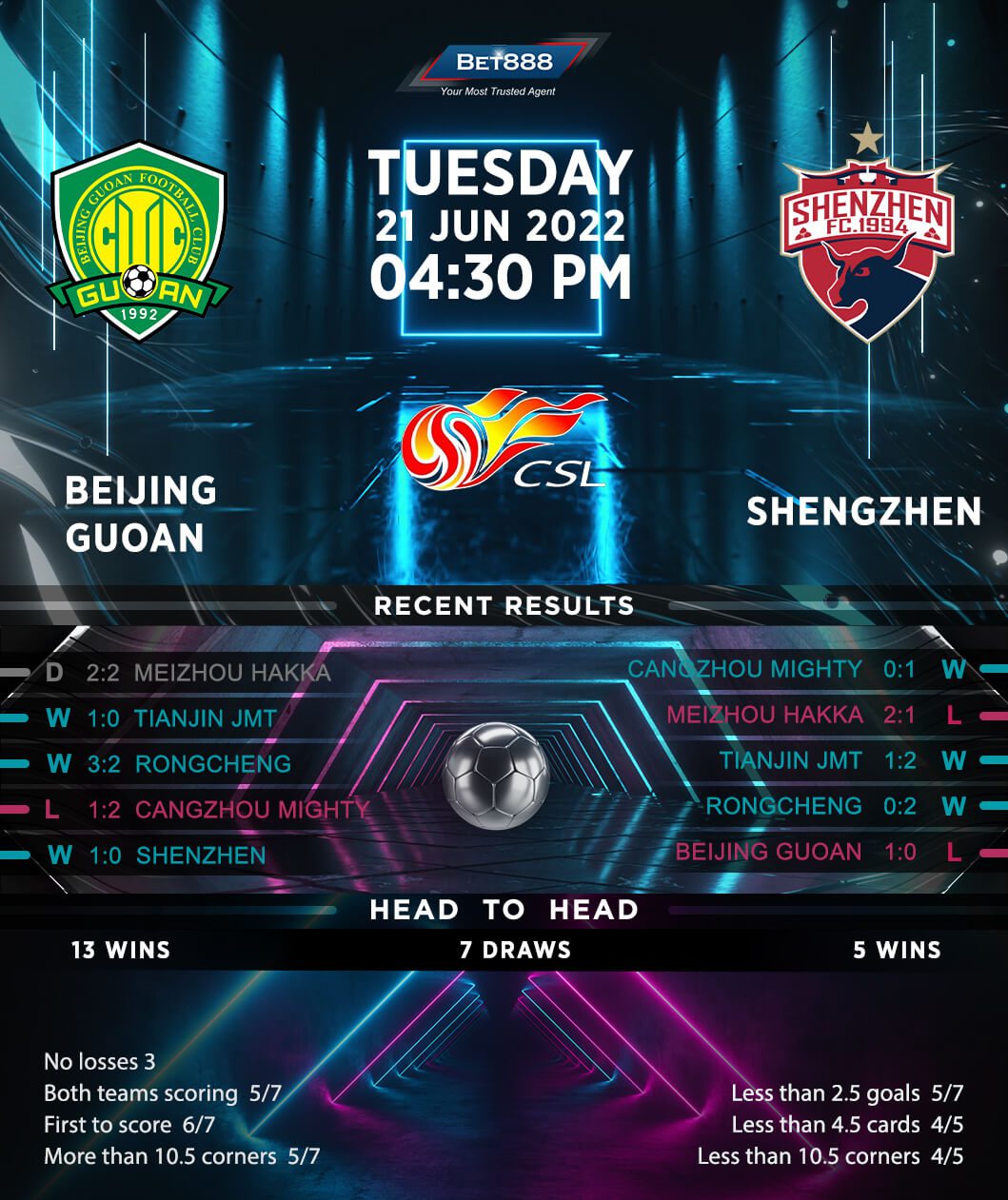