Belgium’s trophyless ‘Golden Generation’ may have one last crack at world football supremacy as their 2022 World Cup Group F campaign kicks off against Canada at Ahmad bin Ali Stadium.

Despite spending over 1350 days at the top of the FIFA world ranking before being dethroned by Brazil earlier this year, the Belgians do not have a single piece of silverware to show for it, putting manager Roberto Martinez under heavy pressure. Running out of time to claim international glory, Belgium head into their 14th World Cup finals and third in succession on the back of an awful 2022/23 UEFA Nations League campaign (W3, D1, L2). Yet despite having had to settle for a third-place finish in ‘Russia 2018,’ Martinez’s team netted a tournament-high 16 goals four years ago, showing they have what it takes to shine on a big stage. On top of that, ‘De Rode Duivels‘ haven’t lost any of their 12 previous matches in the World Cup group stages, winning the last seven in a row, one shy of the competition’s all-time best record set by Brazil.

In the meantime, Canada’s only previous appearance at the World Cup finals dates back to 1986, when they lost all three group-stage fixtures. That makes the statistic meaningless, yet after taking the CONCACAF qualifying by storm (W8, D4, L2), ‘Les Rouges’ will enter the tournament in high spirits. It’s worth noting that John Herdman’s side netted more goals (23) and conceded fewer (7) than any other side from the CONCACAF confederation en route to reaching the World Cup for the first time in almost four decades. Worryingly for Herdman, his men have shown their proneness to underperforming on foreign soil, having bested only sub-par rivals Honduras and El Salvador on the road during the qualifying campaign (D3, L2). 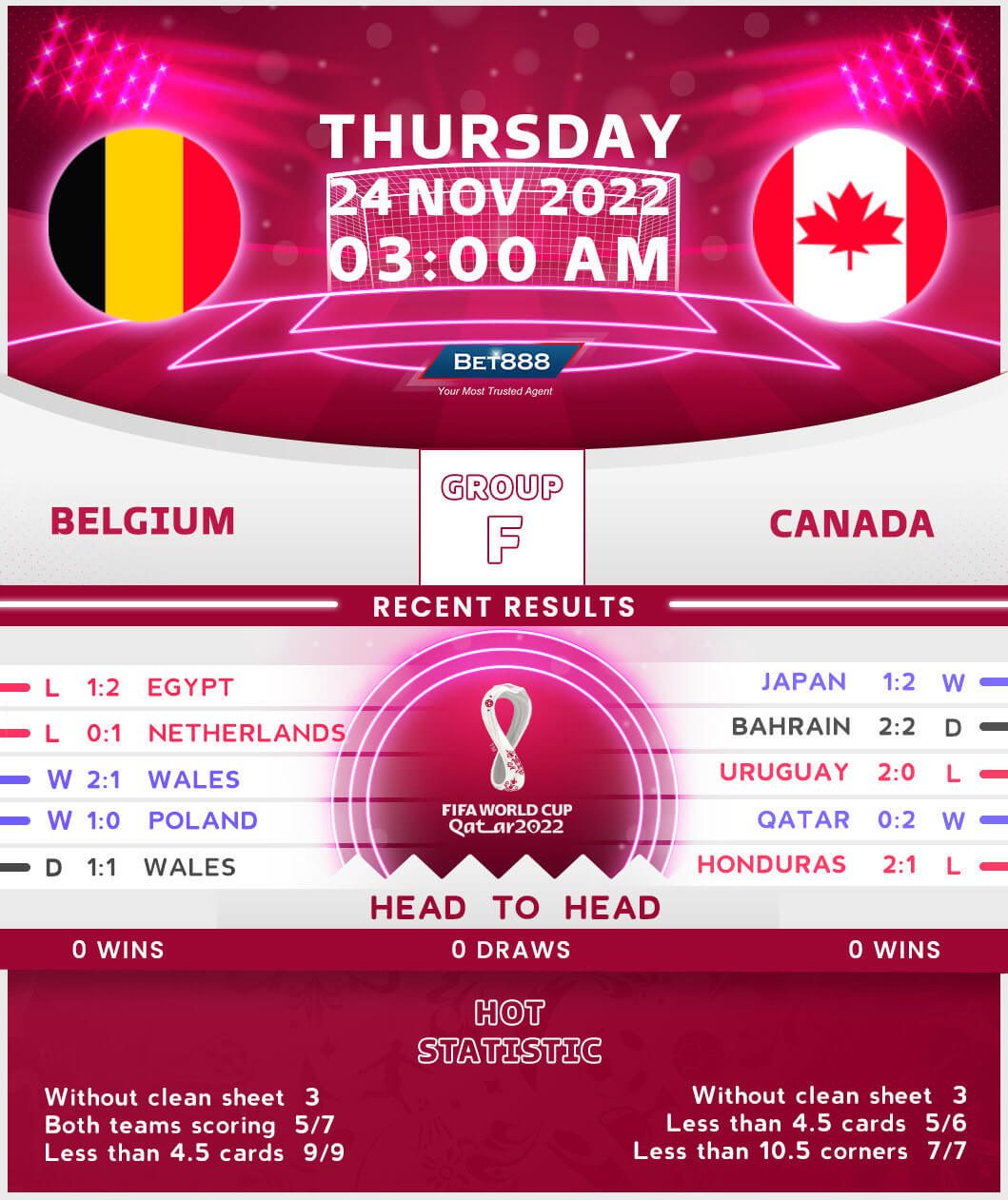