Belgium and Croatia will lock horns at the King Baudouin Stadium in an exciting international friendly as both countries prepare for the reschedule Euro 2020.

Belgium’s dismal 1-1 draw stalemate with Greece last time out extend their unbeaten run to eight matches (W6, D2), with the hosts last losing 2-1 to England in the UEFA Nations League back in October 2020. Remarkably, since finishing third in the 2018 World Cup, ‘De Rode Duivels’ have avoided defeat in all 16 matches on home turf (W13, D3), winning five on the trot by an aggregate score of 19-4 prior to the abovementioned draw against Greece. Delivering action from the get-go, Roberto Martinez’s men have got on the scoresheet within the first 25 minutes of play in five of their last six outings, friendlies included. Even though they go into this meeting as betting favorites, Belgium have won just once in their previous three matches against Croatia (D1, L1).

Meanwhile, the visitors have enjoyed a drastic upturn in form ahead of this encounter, going from three successive losses to three consecutive games without defeat (W2, D1). Low scoring has been a common theme in Croatia’s recent matches, as three of the last four have featured under 2.5 total goals. Having that said, before a dismal 1-0 defeat to Slovenia in their most recent road trip, each of Croatia’s five previous away contests had seen 3+ total goals and both teams scoring. Croatia’s recent away games have been notably tight, with each of their last four fixtures on the foreign soil yielding a full-time margin of under 1.5 goals (W1, D1, L2). 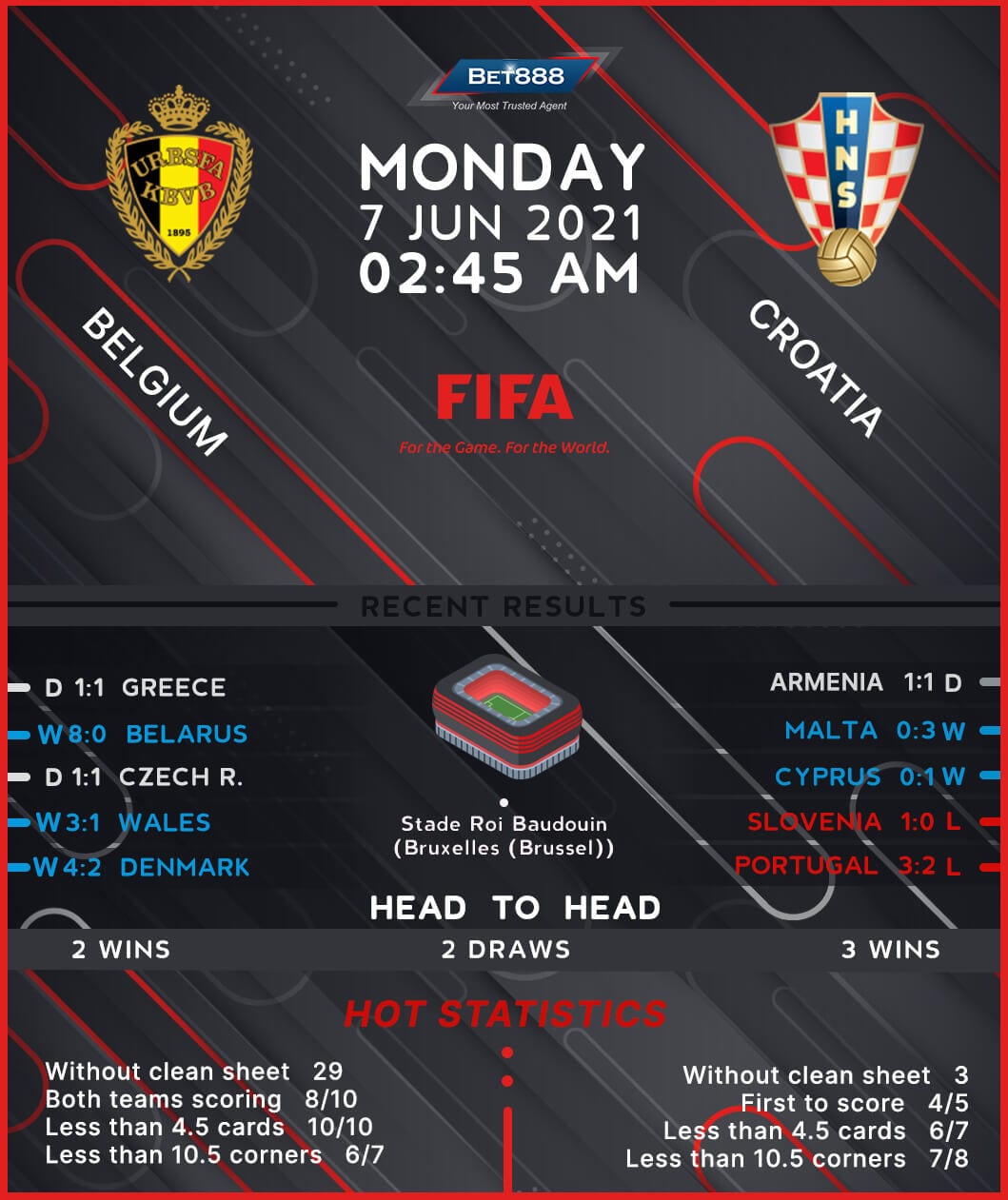