Defending Euro champions Portugal will face a stern test in the round of 16 as they take on a rampant Belgium side at the Estadio de La Cartuja in a mouth-watering clash.

Belgium made light work of their Group B campaign, winning all three group stage matches by an aggregate score of 7-1. Particularly prolific after half-time, ‘De Rode Duivels’ have registered five of their seven goals at Euro 2020 so far in the second half of play. The world’s best-ranked nation has now advanced to the knock-out stages in each of their previous five major tournament appearances (World Cups and European Championships), overcoming the round of 16 in the last three in a row. But it hasn’t all been plain sailing for Belgium against top-ten ranked opponents across major tournaments, as they lament a negative record in such encounters (GP3 – W1, L2). Additionally, they have failed to beat Portugal in their last five meetings in all competitions (D2, L3) since a 3-0 victory in September 1989.

Meanwhile, Portugal’s 3-0 win over Hungary on Matchday 1 followed by a single point from the subsequent two group stage games (D1, L1) has been enough for Fernando Santos’ men to qualify for the knock-outs as one of the best third-placed teams. An impressive Euro 2016 title run has helped to improve Portugal’s record in the European Championships knock-out stages (W8, L6), with three of their four knock-out wins in 2016 coming via extra time or penalties. Despite enduring mixed fortunes in the group phase, the ‘Selecao’ have been the most exciting team at Euro 2020 so far. Each of their three matches in a ‘Group of Death’ produced over 2.5 goals, which is a unique achievement at this particular tournament. Even though they have conceded 2+ goals in their last two Euro outings, Portugal will be glad to know they remain one of only two sides to prevent Belgium from scoring in their previous 58 games. 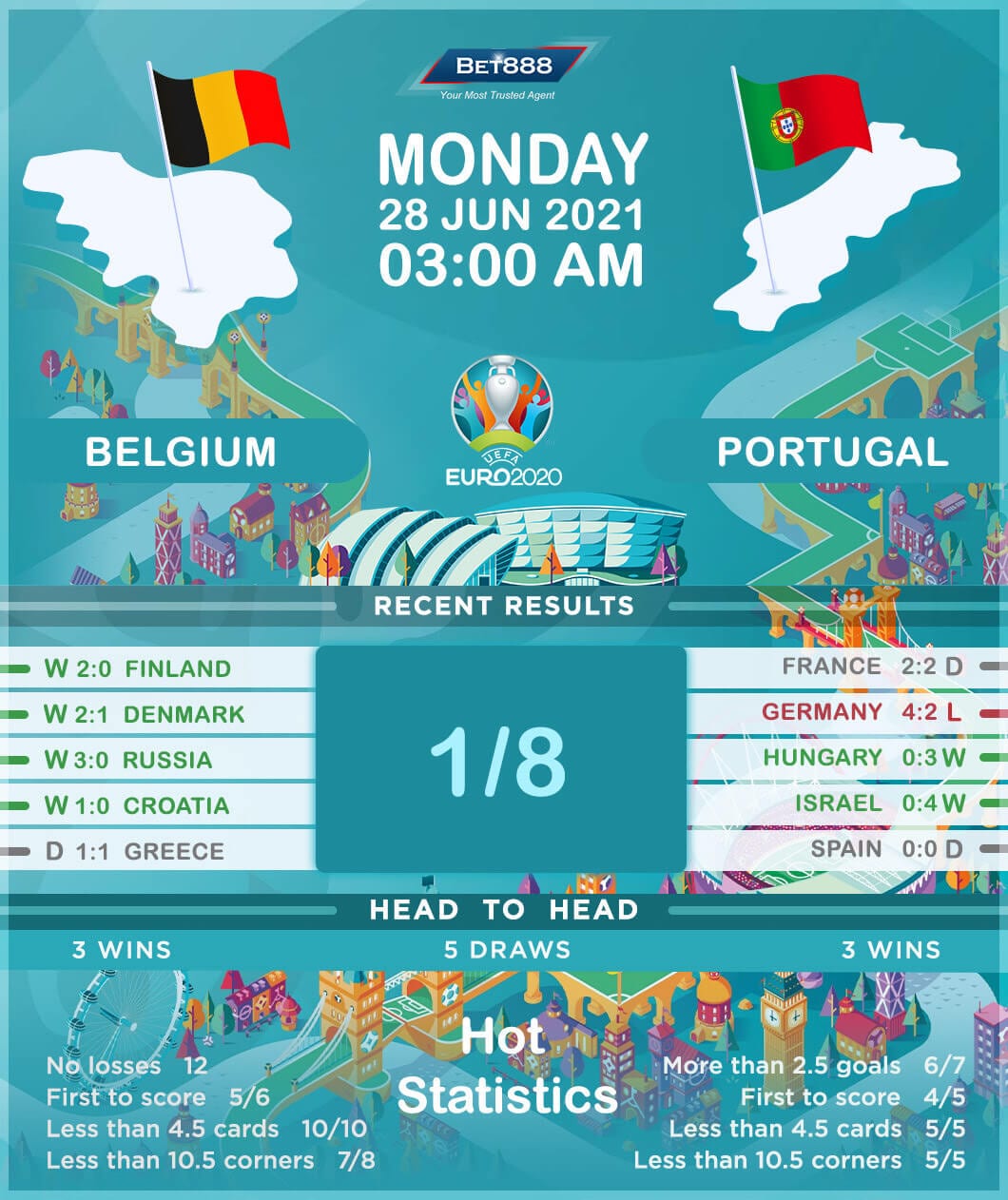