Liverpool’s bid for a historic quadruple continues this midweek as they travel to the Estadio da Luz to meet Benfica in the first leg of their UEFA UEFA Champions League quarter-final tie.

Benfica defied the odds to leave Barcelona in their wake en route to progressing into the Champions League knock-outs as Group E runners-up. Nelson Verissimo’s men stunned Ajax in the round of 16, registering a surprising 3-2 aggregate win to reach their first Champions League quarter-final appearance since 2015/16. However, that’s where Benfica tend to crumble, with the ‘Eagles’ going unbeaten in each of their eight quarter-final matches under the Champions League branding (D3, L5). Yet, the record-time Primeira Liga champions boast a 100% win ratio in home European H2Hs versus Liverpool (W3), with this their first such encounter since the 2009/10 UEFA Europa League season. The Portuguese heavyweights will have to shrug off the disappointment of the weekend’s action-packed 3-2 loss to Braga that halted their nine-game unbeaten run in all competitions (W6, D3).

In the meantime, Liverpool maintained a one-point deficit on Premier League leaders Manchester City by overcoming relegation-battling Watford 2-0 at the weekend. It made it four wins in a row for Jurgen Klopp’s side since their 1-0 home defeat to Inter Milan in the second leg of their Champions League last-16 tie. Before the Italians’ futile success at Anfield, the ‘Reds’ had enjoyed a perfect Champions League campaign in 2021/22 (W7), while they’ve won all four matches on the road, including a 5-1 thrashing of Benfica’s fellow rivals Porto in the group phase. The Merseysiders have been too hot to handle in 2022, netting 2+ goals in 14 of their 20 competitive matches this calendar year whilst registering 13 shutouts in the process. But there’s no room for complacency, as Liverpool’s all-time European record on Portuguese soil reads indifferently (W5, D3, L4). 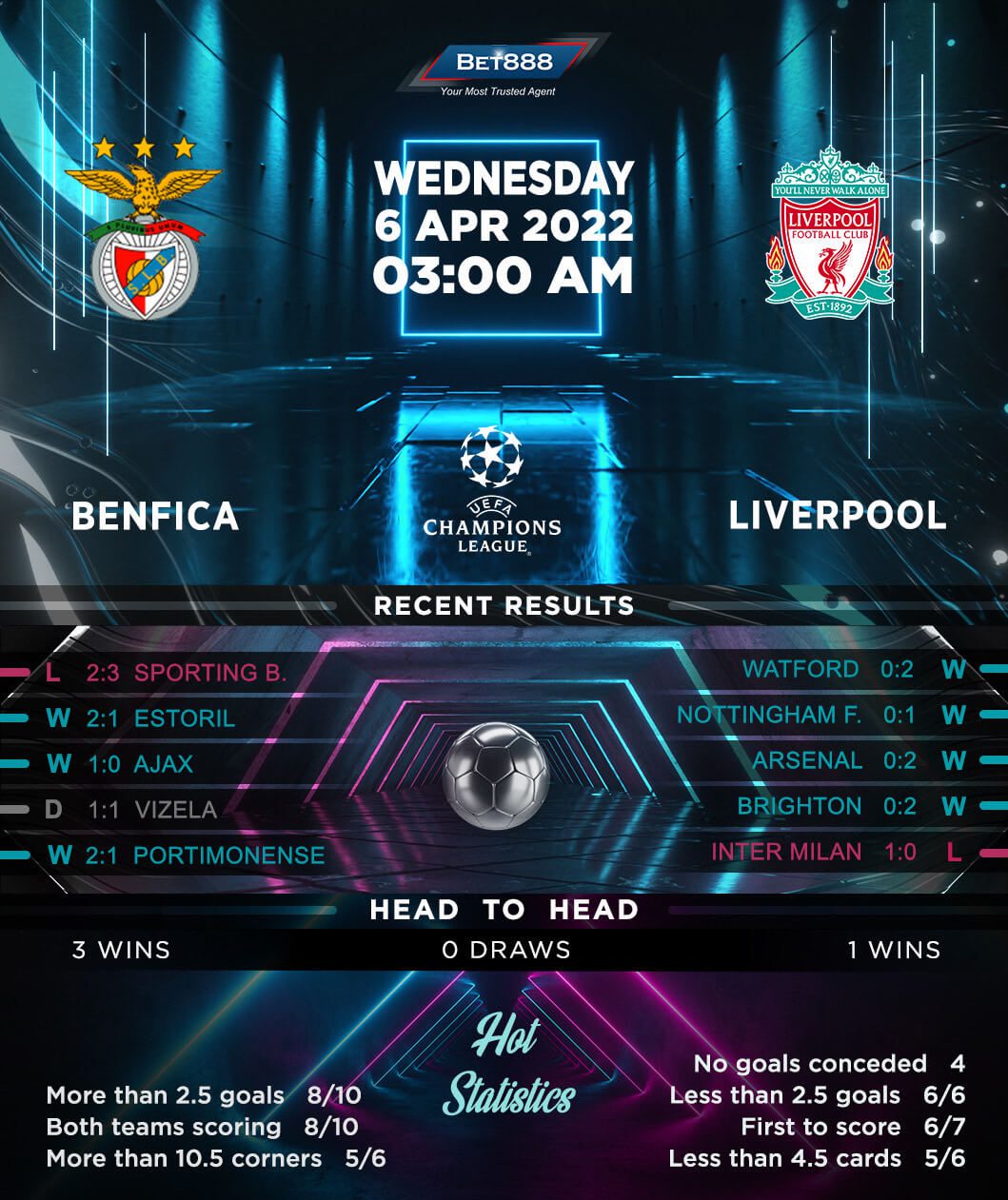